Bryson DeChambeau, Brooks Koepka to face off in 12-hole edition of ‘The Match’ 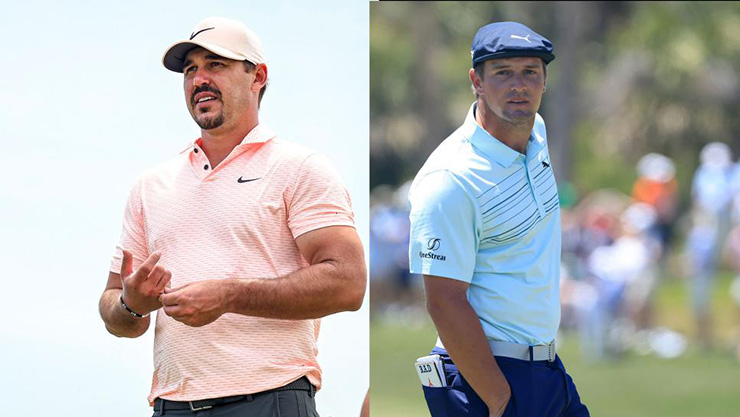 By Daniel Rapaport
The feud that has dominated golf headlines will culminate in a head-to-head meeting. Brooks Koepka and Bryson DeChambeau will face off in a 12-hole match on Nov. 26 at the Wynn Golf Club in Las Vegas.

The match will be produced by Turner Sports and air the day after Thanksgiving on TNT under The Match umbrella, which began with the Tiger Woods vs. Phil Mickelson match in Las Vegas in November 2018. This will be the fifth edition of The Match and the first since DeChambeau and Aaron Rodgers faced off against Phil Mickelson and Tom Brady on July 6.

TNT announcers Ernie Johnson and Charles Barkley are expected to be featured on the broadcast. Live coverage of the match-play event will feature the usual open mics on the players during the competition, with the ability for them to talk to each other and to the commentators. The broadcast will also be simulcast on TBS, truTV and HLN. Coverage is set to begin at 4 p.m. EST.

DeChambeau, 28, and Koepka, 31, have engaged in a testy back-and-forth dating back to 2019, when Koepka called out DeChambeau’s pace-of-play on a podcast appearance. The feud reached a new level this summer when a video showing Koepka rolling his eyes as DeChambeau walked by him outside the clubhouse at the PGA Championship surfaced in May. In June, after spectators were ejected for calling DeChambeau “Brooksy” at the Memorial Tournament, Koepka took to social media to offer free beer to anyone who’d been kicked off the grounds for heckling DeChambeau.

It was unclear how the dynamic between the two might play out when they would be in the team room together playing for the U.S. at the Ryder Cup. Yet the duo seemed to get along at Whistling Straits, where both featured on the American team that delivered a historic 19-9 blowout of the European side. In the lead-up to that event, DeChambeau hinted at “something fun” that would be coming with Koepka.

Egged on by Justin Thomas, the two hugged it out in front of the camera at the end of the Americans’ lighthearted winner’s press conference on Sunday at Whistling Straits.