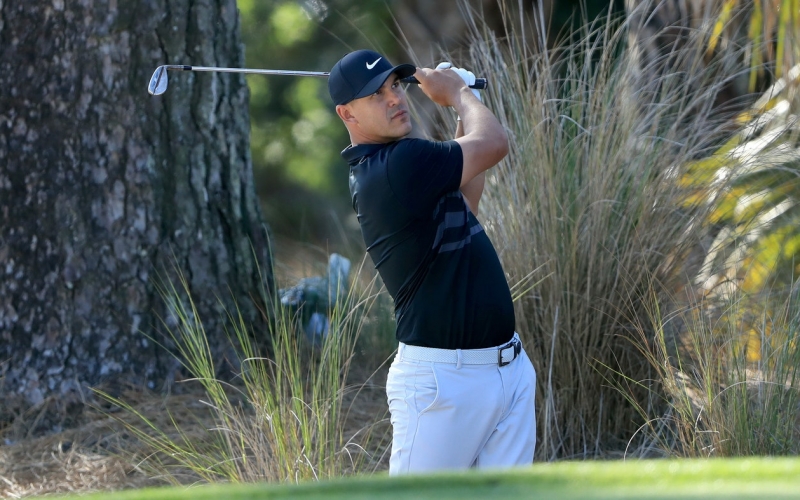 By Shane Ryan
When news came out that Brooks Koepka was donating $100,000 through his foundation to a Florida COVID-19 relief fund, it came as no surprise. He raised $450,000 for Hurricane Dorian aid last year, so clearly local causes are a major focus of his charitable work. But it was the timing that resonated. In the past year, Koepka has emerged as an outspoken personality, but lately it’s become clear that he’s something more. In a sport where it’s actually very difficult to stand apart off the course, Koepka has taken the first steps to show that he’s not afraid to act decisively in difficult situations.

Together we can through these tough times.
I’m committing $100,000 through the @bkcharityfund to go to the @cfpbmc Covid-19 Response Fund. If you’d like to help please do here https://t.co/Ff15RLwOBz

Now, charity comes with several caveats, and it’s important to recognise that not all charitable giving is created equal—it can be used for tax purposes, or as empty PR, and the foundations that are run the least competently or most cynically can actually have a negative impact on the cause they purport to espouse.

Koepka, though, is one of the first professional golfers to step up and donate funds through the relatively new Brooks Koepka Foundation, and to direct them specifically at the coronavirus. (Billy Horschel assisted in donating 2.8 tons of food to a charity after the cancellation of the Players Championship, and the Tiger Woods Foundation has directed resources to children forced to stay home from school.) There’s a good argument to be made that many, if not all, wealthy professional athletes should be doing their part, and Koepka’s example will undoubtedly inspire more. In that way, it matters a great deal that he was the first to put his money where it’s most needed in a time of global pandemic—he just set the tone.

Another recent decision from Koepka, while it won’t be as immediately impactful as his coronavirus donation, could have far-reaching implications for the future of professional golf. Last week, he became the first prominent American golfer to publicly reject the overtures of the Premier Golf League. That decision is remarkable on its own—the prevailing wisdom among the top golfers who would profit from a theoretical PGL seemed to fall in line with Phil Mickelson’s response when Rory McIlroy took an anti-PGL stance: “Well, I wouldn’t come out and say I’m not going to it right away, and lose all your leverage.” For Koepka to stick his neck out, knowing it would deal a significant blow to the PGL and frustrate other elite golfers, took guts, but it was his method, and his reasons, that stuck out.

Before his announcement, Koepka reportedly reached out by phone to McIlroy, who became the first big name to opt out of the PGL a month earlier, and McIlroy shared his opinions about the new league. The exact details haven’t come out, but the fact that Koepka made the call is significant on its own. He understood that McIlroy is a free thinker and a natural leader, and he wanted to pick the brain of somebody he clearly respects to find out what he “really believed.” A true leader knows that other perspectives matter in making a big decision.

And the reasons behind Koepka’s logic were heartening. As McIlroy noted in a SiriusXM radio program with Brad Faxon, part of his motivation was solidarity with PGA Tour players who would be excluded. “The top players going to this other league,” McIlroy said, “it basically—not puts these other guys out of a job, but it definitely diminishes what they’re playing for and what they could earn on Tour.”

Koepka, in his own remarks to the AP, went straight to the point. “I have a hard time believing golf should be about just 48 players,” he said. ‘I’d have a hard time looking at guys and putting them out of a job. … I don’t forget where I’ve come from.”

That’s the opposite of selfishness—that’s called empathy. Like McIlroy, Koepka also demonstrated loyalty to the PGA Tour, recognizing the financial opportunities it has provided him, and the opportunities that could be lost to others if the PGL grew into a successful concern. Finally, echoing McIlroy, he expressed concerns about the source of the money, reported to be connected to Saudi Arabia.

He’s right on every count, but in a sport where a self-centered mindset is rewarded, and perhaps even necessary on the course, it’s remarkable that someone with such a high profile not only had the courage to speak out against a potential financial windfall, but to do so out of concern for his follow pros. That’s loyalty to a PGA Tour he would no longer need if the PGL worked and ethical concerns about the source of the money.

These are the actions of a leader who sees beyond himself, and though we already knew that Koepka had a powerful competitive mind—his conception of major championships is brilliant on its own, and that’s just scratching the surface of a truly unique brain—we didn’t yet know that it could be applied in a framework that transcended golf.

A leader is somebody who makes the right decisions in an uncertain time and has the respect and power to influence others. Shortly after Koepka came out against the PGL, Jon Rahm followed suit, meaning that along with McIlroy, the top three in the now-frozen World Rankings have all expressed their doubts about the PGL, and in turn their loyalty to the status quo. It will require the backers of the PGL to do some serious scrambling if their endeavor is to see the light of day.

Koepka’s donation to COVID-19 was more recent, but it’s a virtual guarantee that we’ll see more golfers open up their own wallets to follow him on the charitable path as well. In these two instances, Koepka revealed himself as something more than a great champion—he’s a man with the instinct and the heart to do the right thing before it becomes the obvious thing.