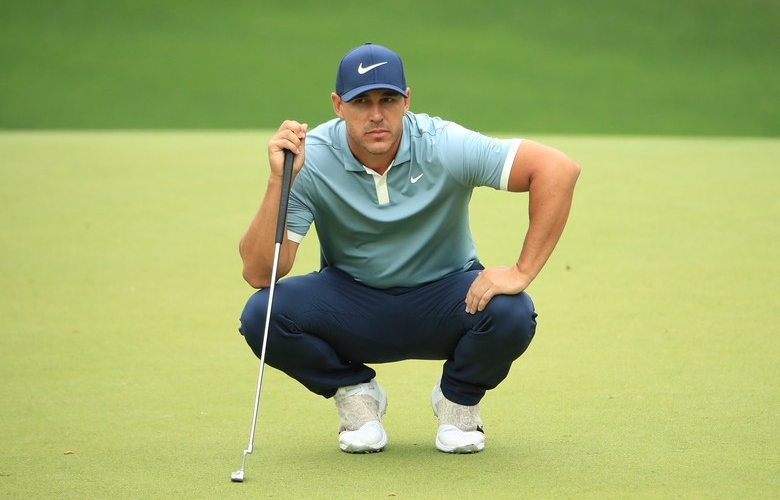 AUGUSTA, GEORGIA – APRIL 14: Brooks Koepka lines up a putt on the 10th green during the final round of the Masters at Augusta National Golf Club on April 14, 2019 in Augusta, Georgia. (Photo by Andrew Redington/Getty Images)

By Keely Levins
A little more than a week before the start of the PGA Championship at Bethpage Black, we caught up with defending champion Brooks Koepka, who enjoys even more good vibes than usual in the New York City area. Just last summer, Koepka won the U.S. Open at Shinnecock. After winning three majors in 14 months, Koepka gave himself a good chance to win at Augusta National in April. He talks about the tee shot that found the water on the 12th, and what it’s like competing on the tour now that Tiger Woods is back.

At the Masters, Koepka was open about changes he had made in his diet, saying he wasn’t feeling like himself at the Players due to his abnormally low intake of 1,800 calories per day. In this podcast, he talks about where he is now, what it’s like spending less time in the gym, and what he does to fill the hours in the day that he used to spend working out.

Plus, Sam Weinman, Keely Levins and Steve Hennessey talk about the much-deserved Max Homa win at the Wells Fargo Championship, a crazy three-woman playoff at the LPGA Mediheal Championship, the high schooler who came back from a 10 on the first hole to win his tournament, and the hot-button topic of wedding golf tournament formats.