Why Brooks Koepka was the king of the majors in 2017 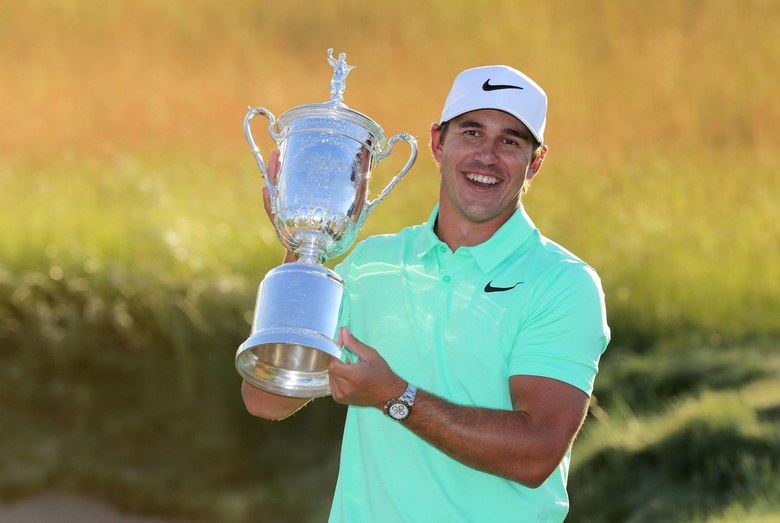 By Alex Myers
We all know Brooks Koepka became a major champion in 2017 with his impressive U.S. Open win at Erin Hills. But Brooks’ breakout season was even better than you probably realised, because he earned another — albeit unofficial title: King of the Majors.

Koepka wound up with the low cumulative score in golf’s four major championships this year, shooting a combined 21 under while needing 1,119 strokes. And yes, he did most of his damage at Erin Hills where he was 16 under.

Koepka was one of only 13 players to make the cut in all four majors and he edged Hideki Matsuyama and Matt Kuchar by a single shot for this important distinction. Of course, the fact that he won a major while those other two remained winless despite close calls (Matsuyama at the U.S. Open and PGA Championship, Kuchar at the British Open) makes Koepka’s advantage in the year’s biggest tournaments a whole lot bigger.

Although stacking different years up is obviously not an apples-to-apples comparison, in case you’re wondering, Jordan Spieth holds the record for low cumulative score at majors in one year for his 54 under total in 2015. Spieth won the Masters and U.S. Open that year and edged Tiger Woods’ previous mark of 53 under set during his historic 2000 campaign.