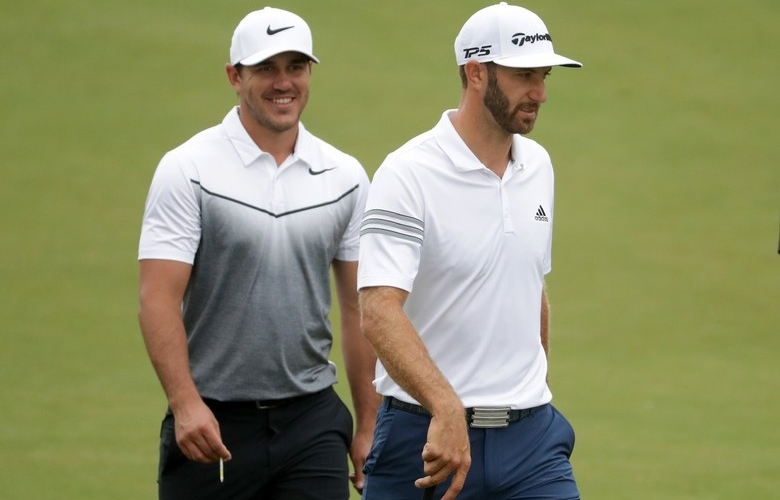 By Joel Beall
If qualifying for the 2020 Olympics ended today, Brooks Koepka and Dustin Johnson would be part of the four-man contingent representing the United States. Judging by the comments of the American stars on Tuesday, neither sounds thrilled at the prospect.

Speaking at the European Tour’s Saudi International, both Koepka and Johnson downplayed the importance of the golf competition in the Summer Games, which returned after a 112-year absence in 2016.

For Koepka, the weight of the majors far outweighs the enticement of a golf medal.

“Because it’s so new, I don’t, no,” Koepka said. “I think it’s an incredible honour for most athletes that are running 100 meters, gymnastics, anything like that, they wait four years for that. But we have four majors a year. For track, you’ve got indoors and outdoor championships and different things like that, but the Olympics is their big event and it only comes around every four years.”

The world No. 1 even suggested—due to his sport’s hectic summer schedule—he wasn’t sure he would play in the games, held in Tokyo.

“In golf, we’ve got four majors every year, and now we’re going to add the Olympics and you’ve got the Ryder Cup or the Presidents Cup, plus the FedExCup for us, and that’s a lot of weeks travelling back and forth, a lot of time zones,” Koepka said. “To me, the four majors are definitely more important, and the FedExCup, too, is a goal of mine. We’ll see where everything else falls.”

Johnson was more direct about his noncommittal.

“Schedule is always a big part of your season. You sit down at the beginning of the year just to kind of see, what events fall where,” Johnson said. “Representing the United States in the Olympics is something that I definitely would be proud to do, but is it going to fit in the schedule properly? I’m not really sure about that.

“There are so many events that are right there and leading up to it. So, you know, I’m still working with my team to figure out what’s the best thing for me to do.”

Many of the game’s stars skipped the 2016 games in Rio, citing safety and health concerns, but Johnson and Koepka are the first big names to publicly state a lack of enthusiasm for 2020. For their parts, Tiger Woods and Rory McIlroy have voiced ambitions for the Tokyo Games.

Along with Koepka and Johnson, the U.S. team would be rounded out by Woods and Justin Thomas. The International Golf Federation will utilize the Official World Golf Rankings to create the Olympic Golf Rankings as a method of determining eligibility. The top-15 players will be eligible for the Olympics, with a limit of four players from a given country. Beyond the top 15, players will be eligible based on the world rankings, with a maximum of two eligible players from each country that does not already have two or more players among the top 15. The qualification period to earn points runs from July 1, 2018, to June 22, 2020 (the U.S. Open).

Golf remains a trial sport in the Summer Games, with a guaranteed spot in 2020 and a likely appearance in 2024, but the International Olympic Committee has not committed further. The men’s competition begins on July 30 at Japan’s Kasumigaseki Country Club. Justin Rose is the defending gold medalist.