Brooks Koepka dismisses rivalry with Rory McIlroy: “He hasn’t won a major since I’ve been on the PGA Tour” 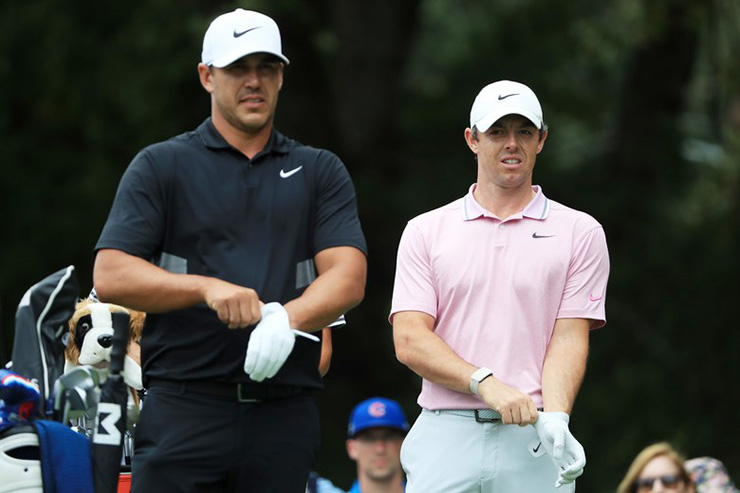 By Alex Myers
Brooks Koepka has emerged as golf’s best player over the past few years. When it comes to manufacturing motivation to stay on top, though, he’s even more dominant.

Throughout his rise to World No. 1, the slights—both real and perceived—felt by Koepka have been well-documented. But now he’s using the “rivalry” with Rory McIlroy as another piece of bulletin-board material. We put “rivalry” in quotes because, according to Koepka, that’s what others are calling it. Koepka sees any comparison between the two a lot differently.

“I’ve been out here for, what, five years. Rory hasn’t won a major since I’ve been on the PGA Tour,” Koepka told AFP ahead of this week’s CJ Cup @ Nine Bridges, where Koepka is defending his title. “So I just don’t view it as a rivalry.”

Burn! Of course, Koepka’s got a point, but . . . wow. That is quite the confident statement. And Koepka wasn’t done laying out the current landscape at the top of the World Ranking.

“I’m No. 1 in the world. I’ve got open road in front of me. I’m not looking in the rearview mirror, so I don’t see it as a rivalry,” Koepka said.

Their ages (Koepka, 29, and McIlroy, 30) and career major totals (both have four) create an obvious opportunity for a rivalry in a sport that has been devoid of them thanks to the Tiger Woods Era. They’re also coming off a season in which Brooks beat Rory head-to-head to win a World Golf Championship in Memphis and Rory returned the favour at the Tour Championship to also capture the FedEx Cup. That victory wound up giving McIlroy PGA Tour Player of the Year by a vote of his peers despite Koepka winning the PGA Championship and finishing in the top four at all four majors. And as Koepka points out, McIlroy’s last major title came in 2014, while Brooks has won all four of his since 2017.

After that surprising vote, Koepka brushed it off earlier this month by saying “I don’t play for awards, I play to win. To win trophies, to win tournaments.” He also added, “I think everyone in the room knows LeBron James has only won four MVPs, but I’m pretty sure he’s been the best player for more than four years.”

Wednesday’s comments were just a continuation, but they are sure to rile up golf fans everywhere.

“You know if the fans do [call it a rivalry], then that’s on them, and it could be fun,” Koepka said. “Look, I love Rory. He’s a great player and he’s fun to watch, but it’s just hard to believe there’s a rivalry in golf. I just don’t see it.”

McIlroy isn’t in South Korea for this week’s tournament but will play in next week’s “The Challenge: Japan Skins,” an event created by GOLFTV, as well as the PGA Tour’s inaugural Zozo Championship. McIlroy hasn’t responded to Koepka’s latest comments yet, but he addressed the issue after his victory at East Lake.

“He [Koepka] talked about trying to be the dominant player in the game … and I thought: He’s going to have to go through me first,” McIlroy told Carson Daly on his recent GOLFPASS Podcast before adding, “If that’s both of our mentalities going forward, I think that’s good for the game.”

We think everyone can agree on that last point.