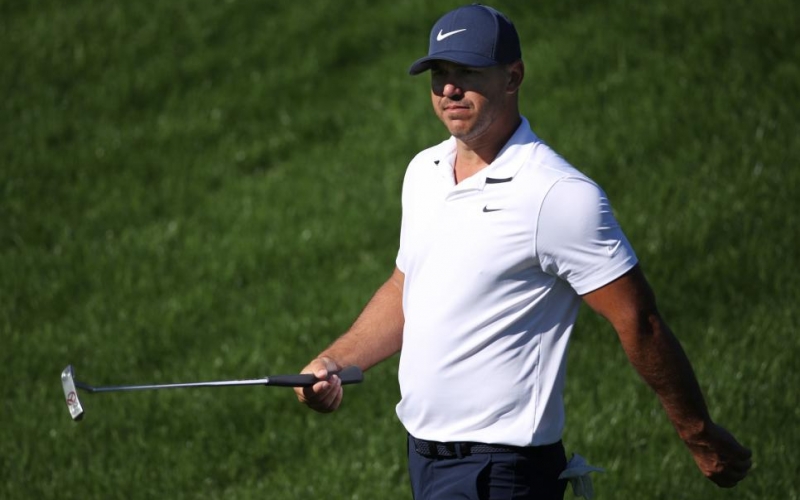 By Joel Beall
Don’t ask Brooks Koepka his thoughts on 2020.

Granted, this has been a year most would like to forget. But after bending the golf realm to his will the previous two, Koepka found himself on the business end of the sport this season. He was forced to withdraw from the U.S. Open in September due to nagging hip and knee injuries, and when he did play the results weren’t inspiring, finishing 97th in the FedEx Cup regular-season standings (ailments also caused Koepka to drop out of the playoffs). Even his brashness, usually welcomed against the reserved nature of tour locker rooms, backfired in spectacular fashion at the PGA Championship in August.

Atop the World Ranking this time last December, Koepka enters this week’s Mayakoba Golf Classic 12th in the OWGR. So Koepka, known for giving it straight, did not attempt any revisionist history when asked to sum up the past 12 months.

“I don’t know if I could say that without getting fined,” Koepka said Wednesday. “Pretty bad.”

To be fair, the dividends have been better as of late, with a T-5 at the Houston Open and a T-7 at the Masters. Although given his major dominance, Koepka’s standards are slightly higher than the average golfer, which is why he wasn’t particularly thrilled with his performance at Augusta.

“I mean, I’m disappointed, it’s not been the year I wanted, but just got to move on and keep pushing through,” Koepka said. “Augusta just, I wasn’t pleased with it, but I guess I get to go back next year.”

However, don’t misconstrue Koepka’s comments as despair. The four-time major winner said his body continues to recover, and that he plans on playing more at the start of the calendar year than he’s historically done. “Definitely going to start on the West Coast and play a little bit more,” Koepka said. “I think one thing this pandemic kind of taught me is you see a lot of guys don’t start their season until March and it kind of bit me and maybe a couple other players this year because you can only jam so many tournaments in. Stretch them out a little bit more and make sure it’s a little bit more of a consistent flow throughout the year.”

And while 2020 didn’t go his way, don’t envision any residual damage, at least of the mental variety, as Koepka sounds like he’s already moved on.

“I don’t really think about it. I think you guys think about it more than I do,” Koepka said. “I just kind of from the moment I got hurt until I pulled out or, what was it, I guess when I started back in Vegas, I was pretty pleased. From that point forward or going back to when I got hurt I just think of that as whatever. I don’t think about it, it’s just one of those things, just trying to fight through it. My body wouldn’t let me do things that I wanted to do, so I don’t put too much weight on it.”