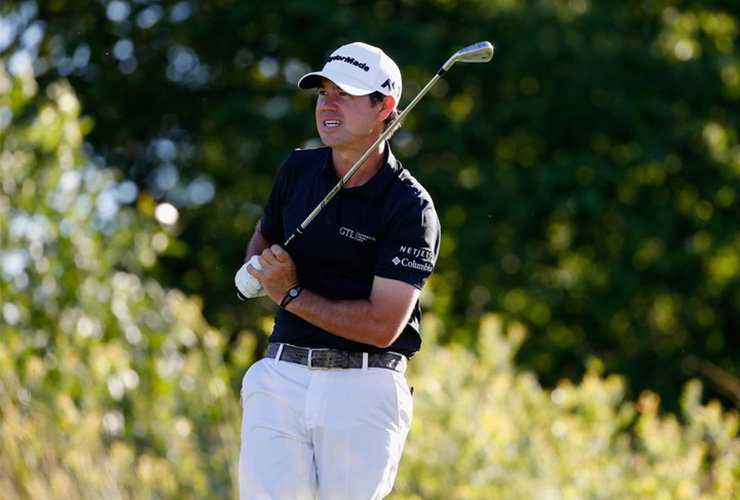 Brian Harman hits his tee shot on the 16th hole during the final round of the 2017 U.S. Open. (Photo by Gregory Shamus)

Brian Harman said it himself on Sunday night outside the clubhouse at Erin Hills. If you told him at the start of the week he’d shoot 12 under par at the U.S. Open and not be the guy holding the trophy, he’d have bet otherwise. So it was that when he walked off the course with that 72-hole score, only to finish four strokes back of champion Brooks Koepka, there was no doubt some bewilderment being felt by the lefty.

At some point soon, the 30-year-old who claimed his second victory on the PGA Tour just last month, will appreciate the positives that came from the week in Wisconsin, when Harman’s former prodigy self reemerged. Most tangibly, his T-2 finish was by far the best in a major championship (consider that his showing in the last nine majors had been MC, MC, MC, MC, DNP, DNP, DNP, DNP and DNP).

But having held the 54-hole lead, and playing the best golf of his professional career, Harman struggled to find much satisfaction in nearly coming in first.

“I don’t believe in moral victories,” Harman said. “I had an opportunity today, and I didn’t get it done. At the same time, I don’t feel as though I lost the golf tournament. I think Brooks went out and won the tournament.”

Where Harman wishes things could have gone better is his play off the tee. While giving up some length on the others atop the leader board, the spritely for U.S. Junior champion made up for it with his precision driving. Come Sunday, however, it abandoned him.

“I felt I had a good game plan,” Harman said. “I just wish I was able to put a little more pressure on the course. I just didn’t drive it as well as I wanted to.”

Indeed, Harman hit only eight fairways compared to 12, 13 and 12 the previous three days. Yet when he turned at one under for the front nine, Harman was still very much in the hunt.

Where things started to slip was when, tied for the lead with Koepka, Harman made his first two bogeys on the back nine for the entire week. A wayward drive in the fescue on the par-4 12th hole forced him to lay up. His third shot hit the front of the green but spun off and he failed to make the par save from 92 feet off the green. Then on the par-3 13th, he three-putted from 32 feet.

Meanwhile, up ahead Koepka was making three straight birdies at Nos. 14-16, putting himself four up on Harman. “That was kind of lights out,” Harman said.

Harman admitted entering the final round there was extra motivation to prove to any doubters that he was worthy of contending in a major. That same motivation remains as Harman now plays the rest of the season, his sixth on the tour, believing in his heart that the week in Erin Hills wasn’t an aberration, but the start of the next phase of his career.

Said Harman: “I’m just going to keep trying to do what I’m good at and keep doing what I know how to do, and see where that takes me.”