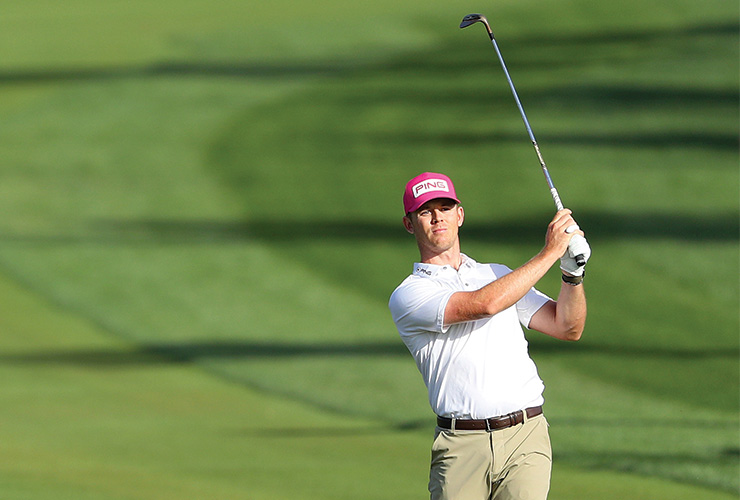 By Joy Chakravarty
Brandon Stone has won one of the European Tour’s biggest tournaments – the 2018 Scottish Open – but reckons it would be extra special to win the OMEGA Dubai Desert Classic on a golf course he absolutely loves.

The South African, who has also won the Alfred Dunhill Championship and the SA Open back home in 2016, made five birdies and an eagle in a round of six-under par 66. He is now at 13-under par total, one behind Robert MacIntyre and two behind leader Paul Casey.

“I think you obviously look at the previous winners, but you also look at the venue,” said the 27-year-old from Rustenberg when asked how special would it be for him to win the tournament.

“The Emirates Golf Club has an illustrious history on its own; the location itself is special. Doesn’t matter who was playing here; when you stand up on the 8th tee box and you look at that tee shot with the skyline in the distance, it’s very unique. You don’t get that anywhere else in the world.

RELATED: Robert MacIntyre has learned to hit it, find it and hit it again (very, very well)

“The number of illustrious winners that have won here before is obviously incredible, but at the same time the golf course has its own history and the event itself has that prestige around it.

Stone was pleased with his efforts on Saturday.

“Just played solid golf all the way around to be fair. Drove the ball really nicely and managed to hole some nice putts on the front nine, which always gets the adrenaline and momentum going,” added Stone, now ranked 205th in the world.

“I felt very calm and collected all day and hit the ball fantastically well. Felt like I was putting for birdie on almost every hole, so whenever that’s the case, you’re always going to figure like there’s a low number in you.”