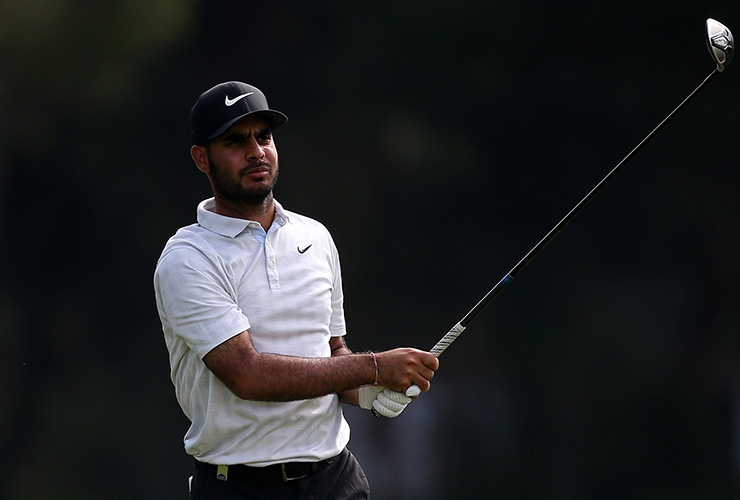 By Joy Chakravarty in Antalya
Driven by his intense desire to be part of the season-ending DP World Tour Championship in Dubai, India’s Shubhankar Sharma is making an incredible, birdie-laced charge up the Race to Dubai standings.

Ranked 113th last month and way outside the cut mark of top-50 that would earn him a spot in Dubai, Sharma has improved to 61st in the subsequent four tournaments. That run was kickstarted by a tied seventh-place finish in the Italian Open, and on Sunday, at the Turkish Airlines Open, he finished with a superb bogey-free eight-under-par 64 to replicate that tied seventh finish again.

Those efforts have earned him a place in the Nedbank Challenge, the penultimate event of the season where only the top-60 players from the Race to Dubai get in (the 76th ranked player is in this week to complete the field of 60).

The 23-year-old was the toast of golf world early last year, when he won the Joburg Open and the Maybank Championship, and then led the WGC-Mexico Championship against some of the biggest names in the game going into the final round.

But after playing the Masters last year on a dream special invitation, his career flight trajectory spiralled downwards for various reasons – the foremost being a punishing schedule that saw him play week after week in an effort to secure a PGA Tour card.

He did manage to finish 28th in the Race to Dubai in the end, but his ranking dropped from a career-high 64 to 330 at the end of September this year.

There were signs at this year’s Open Championship in Portrush that Sharma’s game was getting back in the groove. At the BMW PGA Championship, he finished T17, which could have been much better but for an ugly triple-bogey eight on the par-5 fourth hole on the opening day.

When he reached Rome for the Italian Open, the gun, as far as qualifying for the DP World Tour Championship is concerned, was against his head.

With his back against the wall, Sharma has turned into a birdie machine. In the 16 rounds since the Italian Open, he has made 81 birdies, which is second only to Joachim B Hansen’s 83 on the European Tour in that period.

“It’s been a while since I have felt this comfortable on the golf course. I have had some issues or the other and while I would get into a hot stretch once in a while and make a few birdies in a bunch, I was not making enough of them,” said Sharma, who has now improved to No237 in the world in the past one month.

“I changed my driver (to a PING G410) in Rome, with which I am getting a lower ball flight and I have been able to hit more fairways. And my iron play has been really good in this last one month.

“I desperately want to make it to the DP World Tour Championship. Being in Dubai at this time of the year shows that you are among the elite of the European Tour. If you make it, it shows that irrespective of the results, you have had a good season.”

Sharma feels he has a slight advantage at the Gary Player Country Club this week. Johannesburg, and South Africa, is very close to his heart, having secured his first international win in late 2017 at the Joburg Open, which was played at Randpark Golf Club.

“I love South Africa and the reasons are obvious. But apart from the happy memories, there are a few other things that should help me in Sun City,” added Sharma.

“My caddie, Dean Smith, is from South Africa, and he knows the course well. I have also played it last year and I am more aware of its intricacies and the effects of altitude there. And most importantly, I am playing well and will take a lot of confidence from Turkey to there.

“As is evident from my scores, I am making a lot of birdies, which is always a good thing. I now have to sharpen up a few things and try to minimize the mistakes that are leading to bogeys. I seem to have a couple of holes these last few events that I have played badly.

“Hopefully, everything will come together and I will be flying in to Dubai next week.”

The $7.5 million Nedbank Challenge, which offers a whopping winner’s cheque of $2.5 million, starts on Thursday. The top-50 players in the Race to Dubai after that make it to the DP World Tour Championship at the Earth course in Jumeirah Golf Estates the following week.