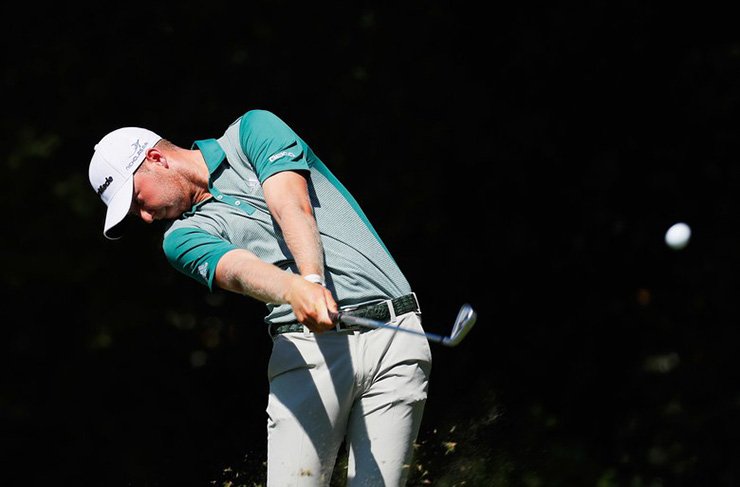 ATLANTA, GA – SEPTEMBER 22: Daniel Berger hits his tee shot on the second hole during the first round of the TOUR Championship By Coca-Cola at East Lake Golf Club on September 22, 2016 in Atlanta, Georgia. (Photo by Kevin C. Cox/Getty Images)

Daniel Berger has it figured out. Even when you’re only 24, less can mean more quality reps in tournament golf. All the top players that play a global schedule have been following that theory, the best and most recent example being Brooks Koepka shutting it down for four weeks after winning the U.S. Open. For Berger, managing his appearances has allowed the 2015 PGA Tour Rookie of the Year to recover and reboot his system, the latest example being a T-5 finish in the John Deere Classic. That’s following a two-week break coming off his best burst of the season during which Berger defended his title in the FedEx St. Jude Classic and finished second to Jordan Spieth’s hole out from a greenside bunker at the Travelers Championship. Although he missed the cut in between at the U.S. Open, the only tough call in setting up that stretch was not playing Jack Nicklaus’ Memorial Tournament. What Berger is trying to avoid is the situation that occurred in 2016, when he pulled out of the Open Championship and withdrew from the WGC-Bridgestone Invitational with an intercostal strain that is common among baseball players and suffered by golfers Brandt Snedeker and Paul Casey. “It wasn’t until the Tour Championship [last year] that he was healthy,” explained swing coach Jeff Leishman. “In Daniel’s case, a lot of it had to do with fatigue, getting run down. Now it’s a year-round season.” 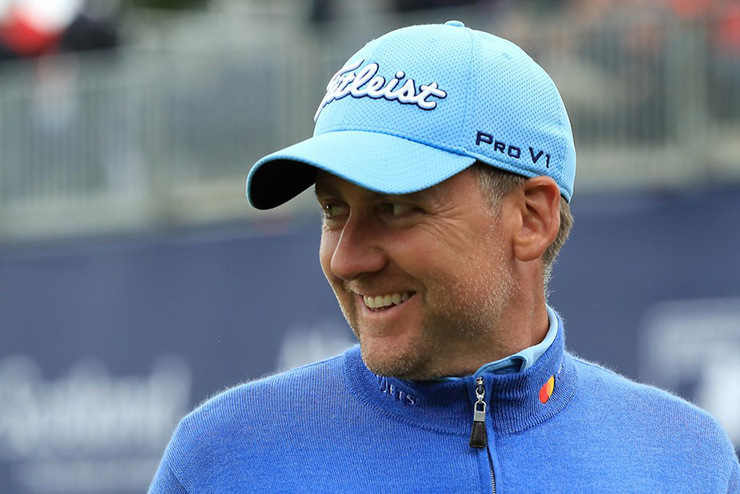 Ian Poulter in a putting grip adopted from U.S. Open champion Brooks Koepka make a mess in his final round of the Scottish Open, missing a three footer on the 18th green at Dundonald Links to finish a disappointing T-9 instead of an encouraging T-4. It wasn’t long ago that Poulter would have taken a top-10, but 74 with a chance to win on Sunday wasn’t the momentum builder he was hoping to receive in his return to Royal Birkdale for the 146th Open Championship. Not when he was tied for the lead going into the final round against the likes of England’s Callum Shinkwin and Australia’s Andrew Dot, and looking for his first win in five years. “Of course, today was not the result I was seeking, but I still like playing the week before [a major],” Poulter said in his big picture self-analysis. “It was nice to give myself a chance to win, but there’s still a lot at stake next week, and there is still a lot at stake obviously over the summer period, so I’m looking forward now to Royal Birkdale.” Returning to the Southport course brings back memories of when the Englishman was in a position to win the 2008 Open Championship and also the mini-controversy he stirred up by standing in the same spot for hours on the practice putting green, leaving indentations of his footprints. This didn’t go over well with the R&A, but it’s nine years later and everyone has moved on, including Poulter. Although he did shoot 67 on Sunday for a T-3 finish at Muirfield in 2013, Europe’s Ryder Cup hero has never truly contended in an Open Championship since the runner-up at Birkdale. Now 41, having missed the last five majors, he goes into his favorite Open venue this time after qualifying at his home course in Woburn, England. As another example of doing it his way, Bryson DeChambeau adopted a new training method that Peyton Manning followed during his Hall of Fame NFL career with the Indianapolis Colts and Denver Broncos. On most Mondays, the 2015 NCAA and U.S. Amateur champion will fly through Denver from his home in Dallas for a session with Greg Roskopf, the CEO and Founder of the MAT (Muscle Activational Technique) program similar to his training program at SMU. DeChambeau is so dedicated, he backtracked to see Roskopf between his T-14 finish in The Greenbrier Classic and his breakthrough win at the John Deere Classic. Since starting in January, DeChambeau has added 20 pounds of muscle mass and more importantly has avoided injury after playing 25 tournaments in 32 weeks. What came through on his back-nine 30 at TPC Deere Run was not just his physical strength; it was the mental empowerment. “One of the things he told me going into this weekend was that it was the best his body has felt,” Roskopf said in a text. “Even through he was playing week after week, he was feeling strong and conditioned. I think it showed best in his ability to focus on the back nine. It was a great demonstration of strength and endurance.”