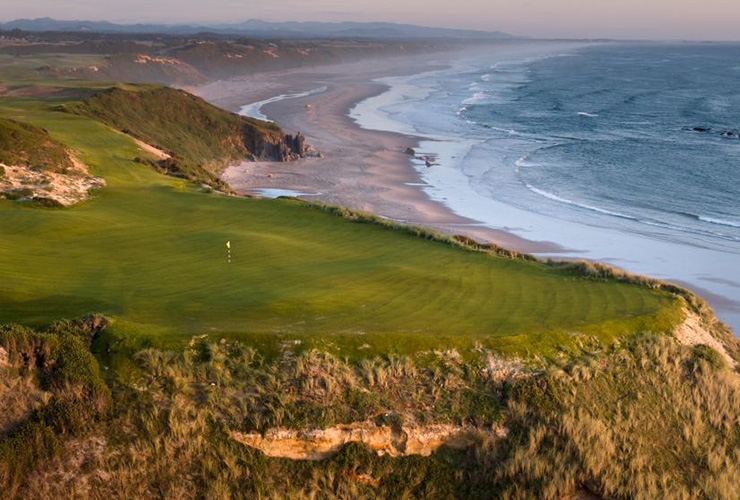 By Stephen Hennessey
One of golf’s most mysterious sites is almost ready for its grand debut. Or for some, a re-introduction. Sheep Ranch is now the fifth 18-hole course at Oregon’s Bandon Dunes Golf Resort, as the Bill Coore and Ben Crenshaw course opened officially on Monday, even amid COVID-19 restrictions on the resort this spring.

To understand why this is such a highly anticipated opening, one must appreciate the evolution of this land.

Sheep Ranch sits on about 140 acres north of the resort’s Old Macdonald course, and for the past 16 or so years, there were 13 unirrigated greens played by a very small group of golfers. Fire trucks watered the turf, where Tom Doak and Jim Urbina did initial construction after they built Pacific Dunes. Mike Keiser, owner of Bandon Dunes among his other highly popular golf resorts, bought this land in 2000 with his business partner Phil Friedmann for $4 million in cash. Doak had designed these 13 greens with crisscrossing fairways accompanying them, allowing golfers to play into them from various directions. But at the time, Keiser and Friedmann, intending at first for their land to be the site of a new private 18-hole course, stopped funding the construction after locals started talking about this secret project, worried that the success of the resort could be in jeopardy.

So Sheep Ranch sat as an unlikely, untouched golf meadow of sorts for years: Only a select number of resort guests who asked the right person were given access to this informal golf experience on the ocean’s edge. Finally, now, Sheep Ranch has been developed and is a complete golf course.

Coore and Crenshaw, after designing Bandon Trails in 2005 as the third course at the resort, in addition to the 13-hole par-3 course, The Preserve, which opened in 2012, took over the project. Nine green complexes are built against the bluffs, as Sheep Ranch boasts a mile of ocean acreage (compared to a combined two miles of ocean acreage on Bandon’s other courses).

“Getting the chance to go back to Bandon and work right on the ocean is almost beyond imagination,” Coore told Golf Digest in an interview last month. “There’s no way we could express our appreciation, certainly to Mike [Keiser], and perhaps even more so to Phil Friedmann.” 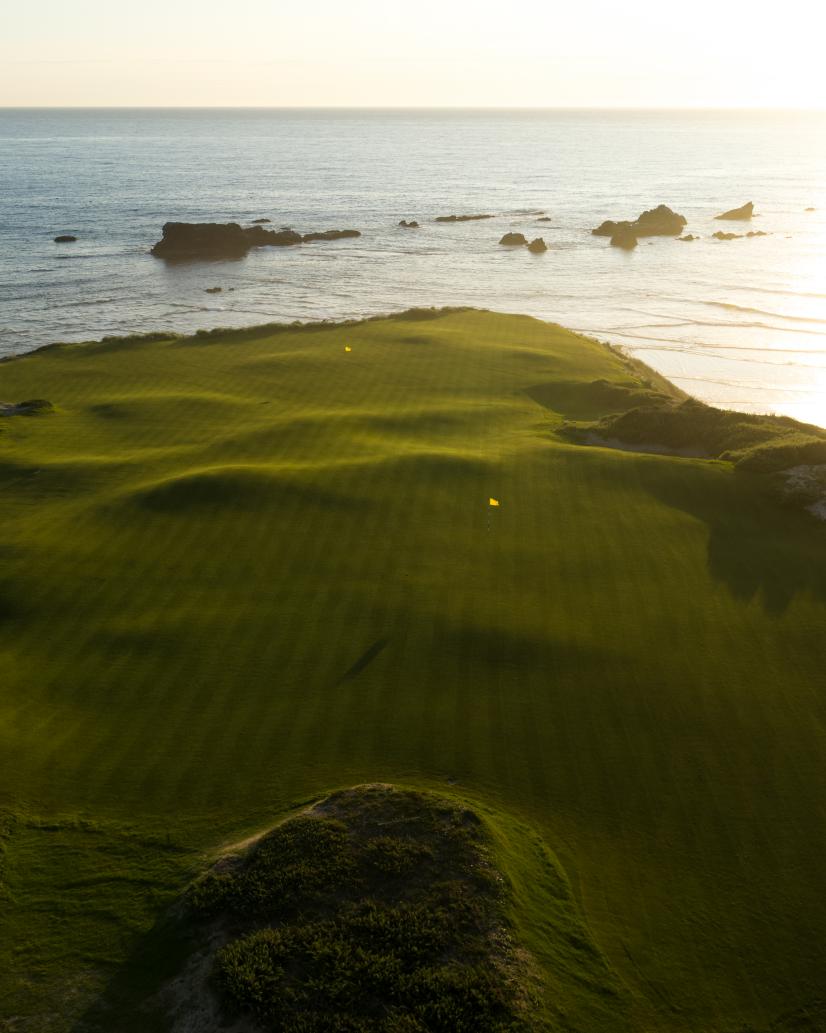 Friedmann is someone golfers will begin to hear more about. Keiser’s business partner at Recycled Paper Greetings had passed on Keiser’s original offer to partner with him on the Bandon Dunes project. And after he and Keiser purchased the Sheep Ranch land in 2000, they decided the time was now to bring Sheep Ranch to the masses.

Coore admitted to being surprised when Keiser called him to gauge his interest in studying the land for a potential routing. He figured Doak and Urbina, having done the original work, would be the likely team. Gil Hanse had also submitted a routing, and word got around that he might be working on the site.

“We just expected one of them would get the job,” Coore said. “But as I got to wander around that property over a fairly lengthy period of time, I just came to realize it had such beautiful contours for golf.” 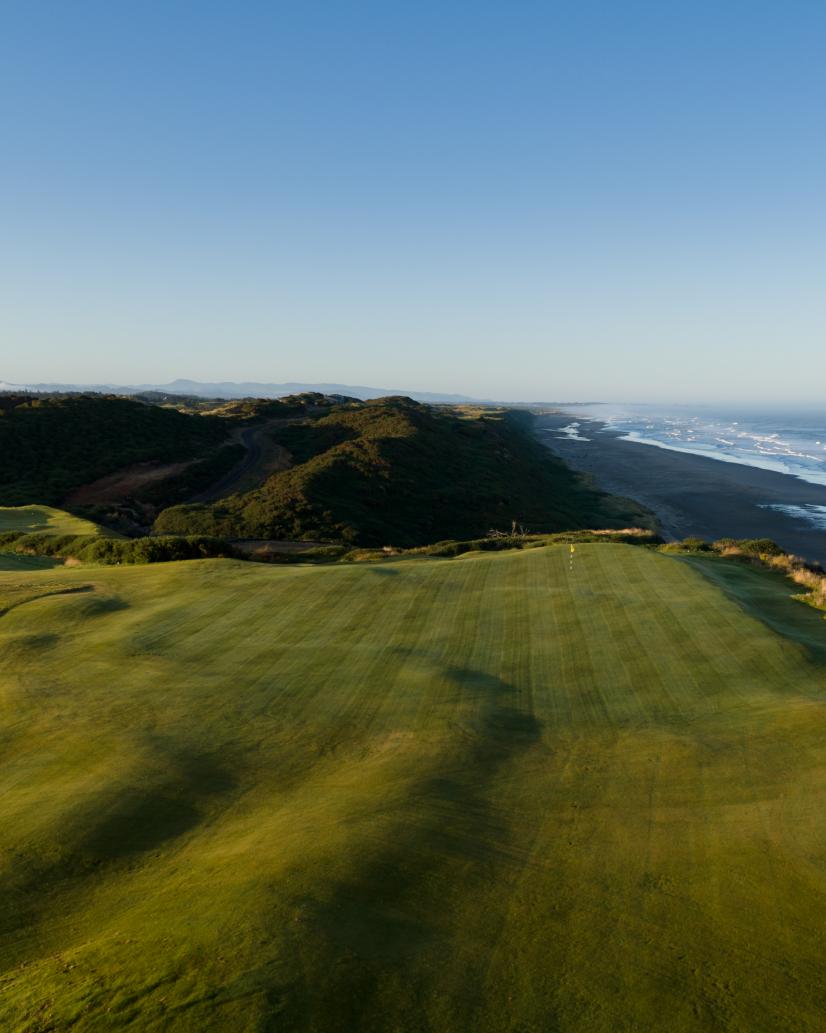 One of the things that makes Sheep Ranch unique to the other courses at Bandon is not just its lack of sand bunkers, but its varied shoreline. Instead of sitting linearly on the coast, Sheep Ranch moves in and out with peninsulas offering the opportunity to play over cliffs on tee shots.

“You can play diagonally across the ocean away from the promontories that jut out toward the ocean, which you can’t do from any of the other [Bandon Dunes} courses,” Coore said.

“The ability to watch your tee shot go, literally, over water and over a cliff, instead of just along the water [is exciting]. The key was how best to use the shoreline.” 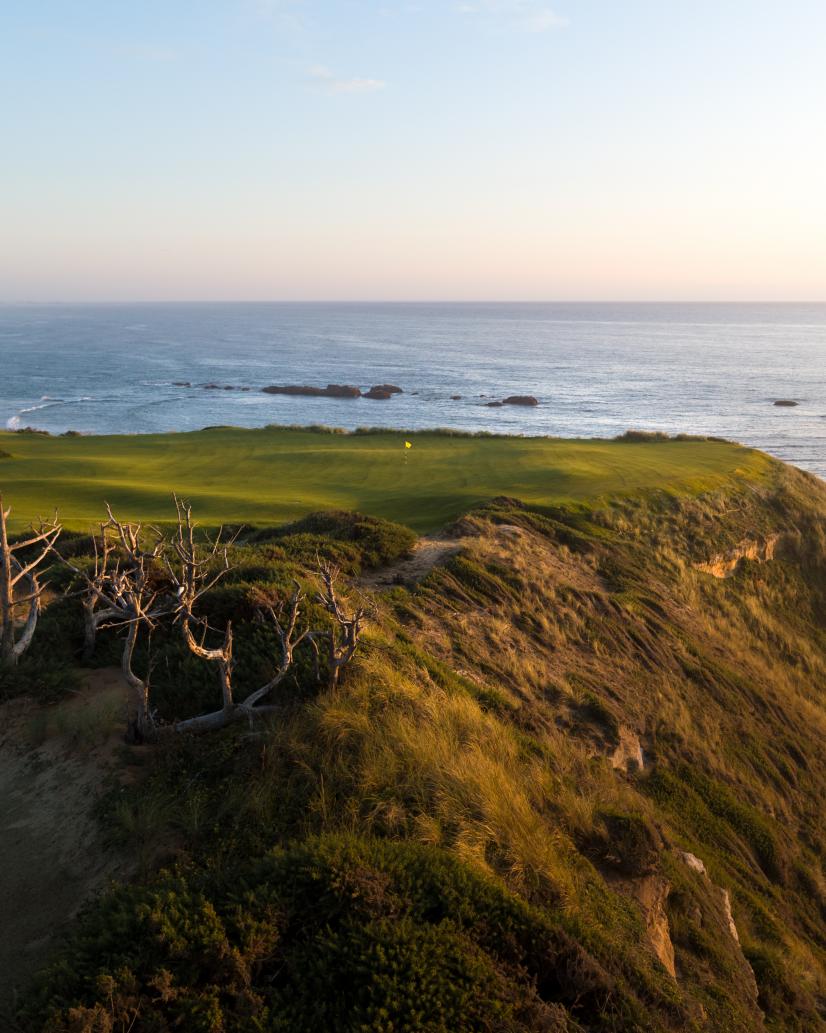 What connected the entire routing was clustering a handful of teeing areas (namely Nos. 2 and 18; Nos. 5 and 15 and Nos. 8 and 10). This allowed Coore and Crenshaw to build holes in different angles away from each tee, instead of the traditional adjacent fairways and landing areas.

Doing this on a walking course made this possible, without having to worry about golf-cart traffic. 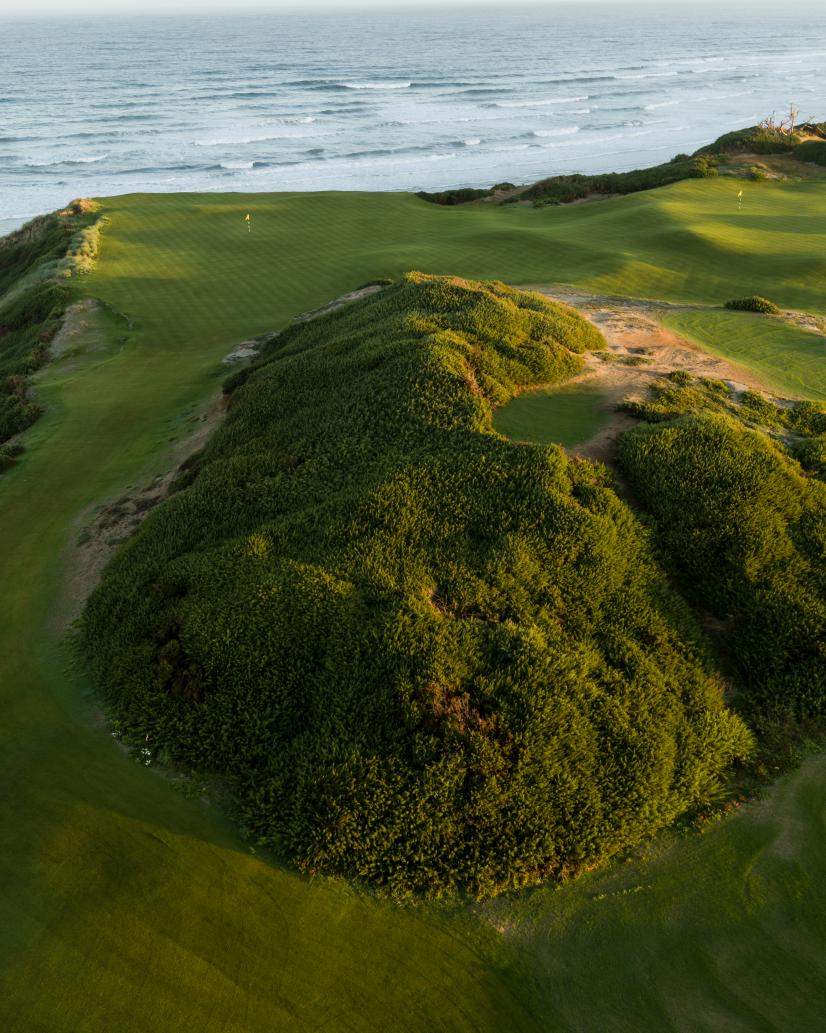 “We have not, that I can recall, used three sets of tees clustering them together so deliberately to increase the latitude of area where there could be landing areas,” Coore said. “That was new for us. It was simply a matter of studying the ground and figuring out how to fit in as much golf as we could.” 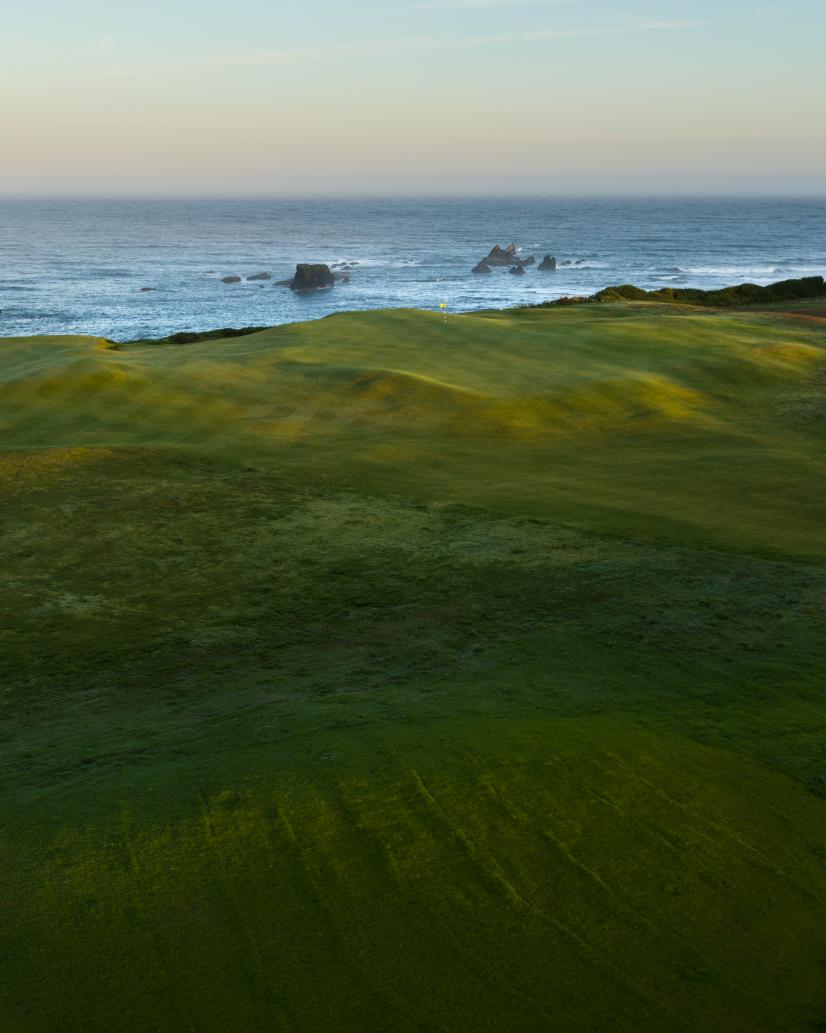 What is inherently unique about this land is how windy Sheep Ranch is. And that’s due to its history as being used by a wind farm for a utility company back in 1970s. Except, the site proved too windy, and the windmills fell apart.

That was the task Coore and Crenshaw had: Find as much area for golf along the coast on a small piece of property, while also making golf playable in the extreme wind conditions. Coore admits it “wasn’t a cinch,” but his team’s routing solved the challenge.

And for Coore, it was going back to Bandon, which already meant a lot to he and his design team. Coore recalls joking with Keiser as they were working on Bandon Trails, routed through the forest and not on the water, and pointed out to the land that would become Old Macdonald, just south of where his newest course will open up: “Mike, what are we doing up in the trees?”

Coming back to build another 18-hole course was a matter of Keiser giving Coore and Crenshaw, one of the most storied teams in modern design, one more opportunity: “Mike told us, ‘You guys worked away from the ocean, you probably deserve to work on the ocean here eventually.’ And we are so grateful for that.” 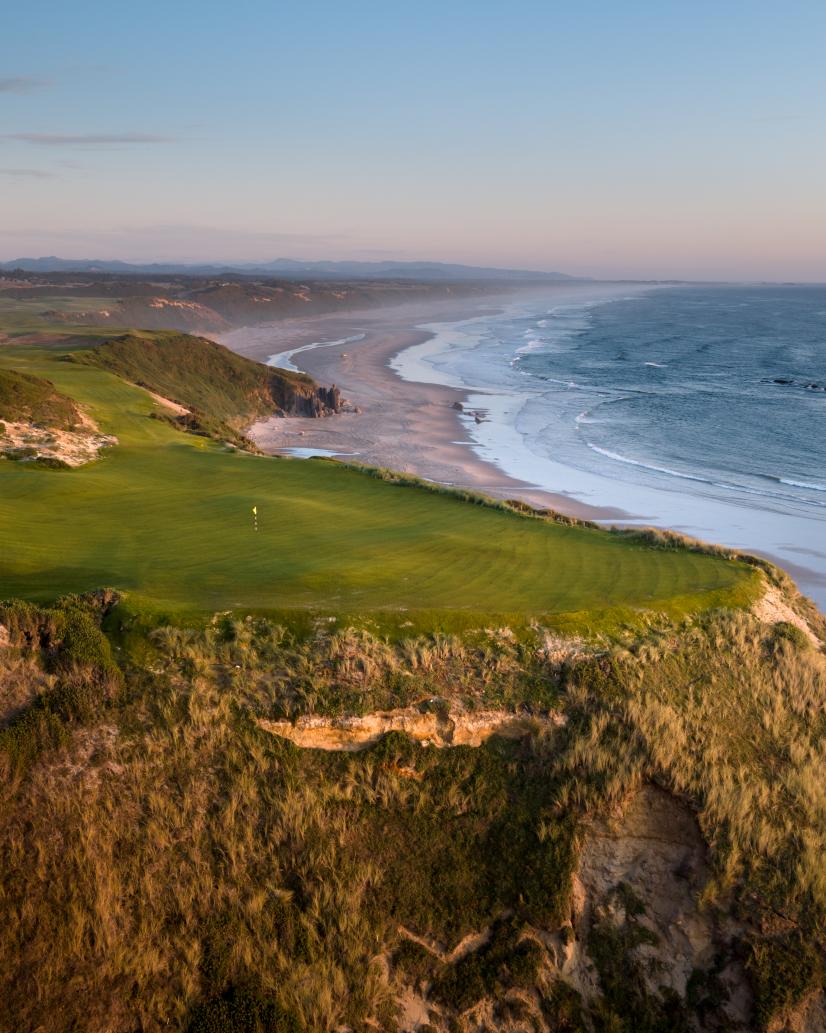