Baldwin opens MENA Tour season where he left off at Q-School, takes one shot lead into Sunday at Ayla G.C. 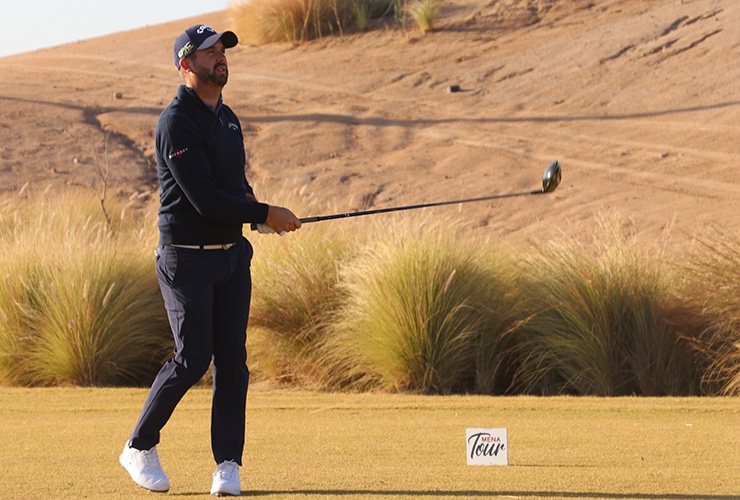 By Kent Gray
It’s not how but how many. Just ask Matthew Baldwin who happily subscribed to another well-worn golf cliché after grabbing the early initiative at the MENA Tour’s season opener in Aqaba, Jordan, despite not having his best stuff on Saturday.

“You really can’t win any tournament on day one, but you can give yourself a chance to do so. And I am pleased I have done that,” said the 32-year-old Englishman after signing for a pace-setting, seven-under 65 on the opening day of the $100,000 ‘Journey to Jordan-1’ event at Ayla Golf Club.

Baldwin, who is using the MENA Tour by Arena to tune up for the second tier European Challenge Tour, will take a one-stroke lead into Sunday’s second round from a trio of players on 66: 2017 Tour Championship winner Henric Sturehed (Sweden) and English compatriots Benjamin David and Pavan Sagoo.

Baldwin’s eight-birdie, one bogey loop of the Greg Norman-design came just three days after he recorded scores of 68-66 and 70 to win the MENA Tour’s category B Q-School. While he shaved a shot off his lowest Ayla round, there wasn’t quite the same quality of ball-striking on Saturday as there had been in qualifying. Not that Baldwin was grumbling.

“It was good out there, even though I did not feel I hit as good as I did during the qualifying School. I did not particularly drive it all that well, but I hit a lot of my second shots close,” said Baldwin, whose solitary bogey came on the par-4 15th hole.

David, 24, finished second in the Amateur Order of Merit on the MENA Tour in 2016 and is determined to make a mark in the pro ranks this season. He did not have the best start and was two-over par after seven holes, but put together a super back nine (front nine of the course), where he was seven-under par, including an eagle on the par-5 first hole.

“It’s a great start, considering I was two-over after seven. I gave myself a bit of talking to, and it all clicked in place after that,” said David.

“I really don’t know what changed. The putter got a bit hot, I suppose. Rolled in that eagle putt from 20 feet on the first and just rode the momentum after that. I holed a couple of bus rides, so I guess I was a little bit lucky as well.”

Sturehed, who lost his European Tour card last year, was happy to be back on the MENA Tour, where it all started for him in 2017.

“I played pretty solid – drove the ball well from the tee and did not have too many tough putts today,” said the 28-year-old, who hit 15 greens in regulation.

“I played the MENA Tour in 2017 and I like the golf courses and the weather and we have got some good competition as well. I like it in the Middle East and I will try and play as many events as possible this season.”

Sagoo was the best among the afternoon starters. He started on the 10th tee and was two-under at the turn. He then made an eagle on the first hole, before adding two more birdies coming in.

The Ealing Golf Club member credited his putting for the round and said: “I was not happy with the way I putted at the Qualifying School earlier this week. I spent a lot of hours the last couple of days on the putting green and all the hard work paid off today.” 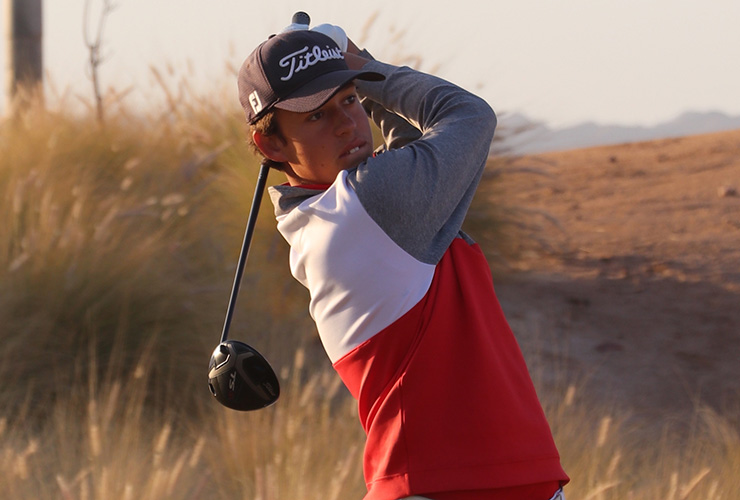 England’s Jack Floydd was the best among the amateurs with a five-under-par 67, while Dubai-based 14-year-old Josh Hill was hot on his heels one shot behind. Jordan’s 15-year-old Shergo Kurdi was at three-under par 69. – additional reporting from the MENA Tour.