Arnie memorabilia for
everybody to see 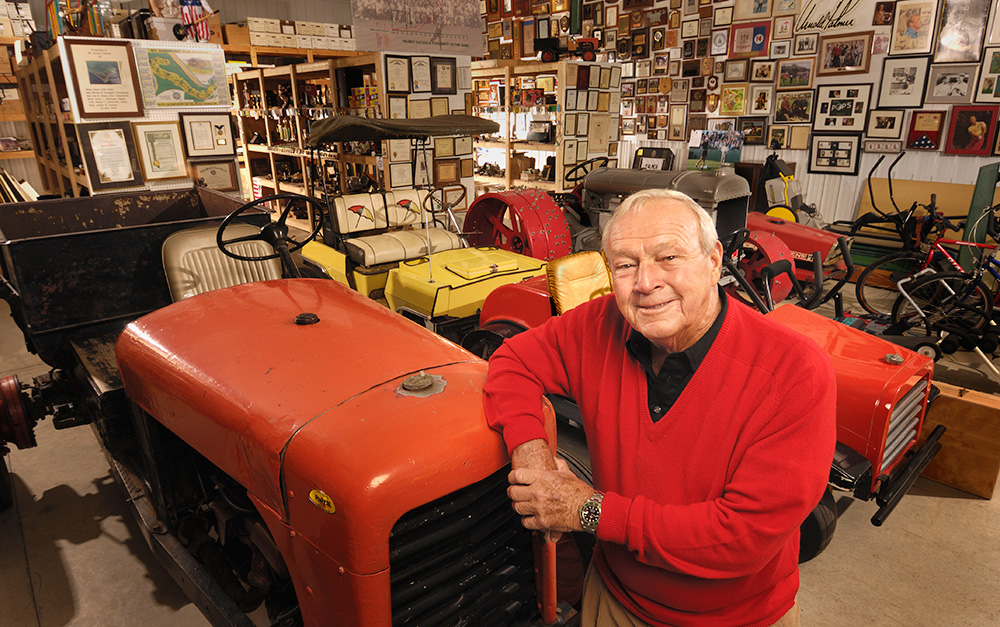 When Arnold Palmer died of heart complications in September, he left behind large stacks of items and memorabilia on his desks in Latrobe, Pa., and Orlando that he had yet to autograph. Not surprisingly, interest in all things Palmer is increasing.

For instance, the shoes Palmer wore during his first Masters victory, in 1958, recently sold at auction for $66,000. Fortunately for fans and supporters, Palmer memorabilia will be making extensive rounds this year.

Alastair Johnston, chairman of Arnold Palmer Enterprises, said requests to view Palmer’s possessions have been pouring in. “To try to satisfy everyone’s needs and desires as far as honouring Arnold is something that takes a great deal of time and consideration,” Johnston said, “and what we will end up doing is sort of mini-exhibitions of certain items.”

First stop was Bay Hill Club and Lodge in Orlando, where an extensive collection of trophies, medals and other items—including a 13-foot bronze statue of Palmer in his signature follow through—were on display during next week’s Arnold Palmer Invitational. In the coming months, memorabilia will make stops at Augusta National Golf Club in April, where Palmer won four Masters green jackets, and Atlanta Athletic Club in June, site of this year’s Arnold Palmer Cup pitting collegians from the United States versus Europe in a Ryder Cup-style competition.

Johnston said he is in discussions with Augusta National as to what can be provided to the club, as well as with the organizations that run the other three majors—the USGA, R&A and PGA of America. “We are happy to help as many places as we can,” he said, “because it obviously means a great deal to many people.” —Dave Shedloski/@DaveShedloski