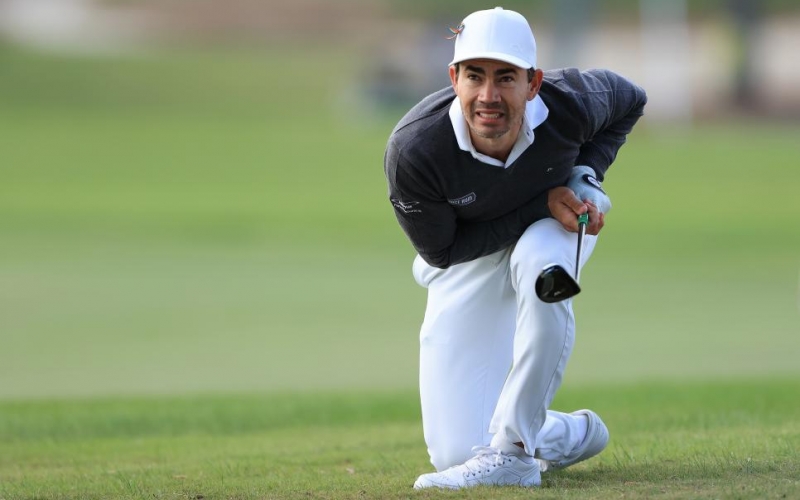 By Christopher Powers
Through 18 holes of the RSM Classic, there are a handful of intriguing names at the top of the leaderboard, including England’s Matt Wallace, eternal nice guy Peter Malnati and 2011 PGA champion Keegan Bradley. The harsh reality: No one outside of their family members will be rooting for them the rest of the week.

The collective golf world will be clapping and cheering loudly for Camilo Villegas, who opened with a six-under 64 on Sea Island’s Seaside Course to grab a share of the lead. It marks his lowest round on the PGA Tour since, oddly enough, the third round of the 2016 RSM Classic, a week he wound up finishing runner-up after losing in a playoff. The 38-year-old from Colombia has posted just one top 10 in 42 tour starts since.

Less than four months ago, Villegas went through an unspeakable tragedy when he lost his 22-month-old daughter Mia to cancer. No one would have blamed him if he never picked up a club again, but in a heartfelt interview, Villegas said that he would attempt to reconnect himself with the game of golf and that “despite not being able to change what happened, we will try to seek to the future, with the memory of Mia by our side.”

After taking a month off, Villegas made his return to the Korn Ferry Tour in August. This season he is playing on a major medical extension, having made five starts so far in the PGA Tour’s “Super Season.” Given how seldom first-round leaders go on to actually win the tournament, we don’t want to jinx Villegas’ chances just yet. But simply put, if you’re not rooting for him to win this week, there is something wrong with you. Here’s what he had to say on Thursday when asked how he made his first round look so easy.

“It was kind of nice this morning,” Villegas said. “I got on the range and see a little rainbow out there. I start thinking about Mia and said hey, let’s have a good one. I was pretty free all day. It’s tough to be free under these conditions, but I found a way to do it.”

Welp, it could be a tissue-box-by-your-side weekend on the PGA Tour, folks. Go Camilo Go.

Here are three other takeaways from Thursday of the RSM Classic. 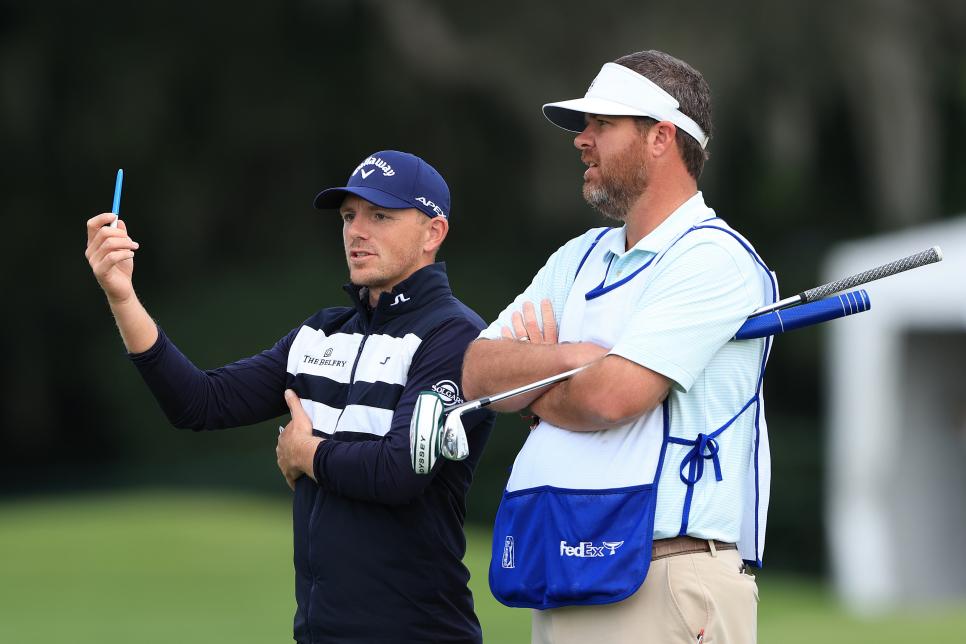 Local knowledge goes a long way for Matt Wallace
Golf Digest’s own Shane Ryan has the full scoop from on-site this evening, but we still feel the need to point out Matt Wallace matched Villegas’ 64 with a local caddie on his bag. Unfortunately, Wallace’s full-time looper, Dave McNeilly, recently tested positive for COVID-19, forcing Wallace to have to act quickly to replace him. The Englishman was put in touch with Jeffrey Cammon, a member of the Sea Island Golf Club performance center staff. The result was a superb putting round from Wallace, who gained nearly 4.5 strokes on the greens, which ranks third in the field.

“As soon as I found out that Dave tested positive, and luckily he was OK and everything, no symptoms, I messaged JP, Justin Parsons [a golf instructor at Sea Island], up here, who I know,” Wallace said. “I said I’ll take a local this week because of the two courses; I thought that was a good idea. I didn’t want to step on Dave’s toes as well with another pro caddie.

“He’s really chill,” Wallace said of Cammon. “He said, ‘What do you want me to say?’ That was the first question he said at the start of the week, ‘What do you want me to do or say?’ I was like, ‘Listen, mate, I don’t need anything. I’ll ask you a question and you answer it just with pure facts of what you think.’ It worked well today. I said to him, ‘Is the wind more out of the left than it is like helping,’ and he’s like, ‘Yep,’ and that was it. It was really simple. Struck the ball really nicely today and rolled the ball well.”

Good on Cammon. We sincerely wish McNeilly a speedy recovery, not only because that’s what you’re supposed to do, but because he’s going to need to recover quickly if he wants his job back.

Hat tip, Stewart Cink
No, Stewart Cink isn’t leading, nor is he even anywhere near the lead. In fact, he’s a full 10 shots back after his first-round 74, which matches his second-worst round of the season, a season in which the 47-year-old is enjoying a late-career renaissance. A Thursday 74 at the RSM doesn’t change that, and it certainly doesn’t change the fact that just by teeing it up, he made history, joining the 600-start club. Check out this great video from the PGA Tour:

It’s official.@StewartCink is a member of the 600-start club. 🙌

Listen to his playing partners discuss the impressive feat before his first tee shot this morning at @TheRSMClassic. pic.twitter.com/eTkWixOxQv

Poor Zach Johnson. Guy just went about his business today, shot a four-under 66 and he’s going to open up Twitter later and have to listen to himself get bodybagged by, of all people, Webb Simpson. Take it easy, Webb! Love the Sungjae Im and Charles Howell III shoutouts as well.

All kidding aside, an incredible achievement from Cink, who only has 203 starts to go to catch the all-time leader, Mark Brooks. Good luck with that.

So far, so good for the Sea Island mafia
One of the storylines entering every RSM Classic is “how will the guys who reside there fare with such a huge home-course advantage?” So far, so good for a few of the mafia members, including Patton Kizzire, who, despite having just one top 10 on tour since January 2019, shot a five-under 65 on the more difficult Seaside Course on Thursday. Harris English, a former Georgia Bulldog, also got his home game off to a strong start on Thursday with a 66 on the Seaside Course. Local knowledge on Sea Island may not be worth as much as it as at a place like Augusta National, but it always helps no matter where you are, as we’re seeing this week.