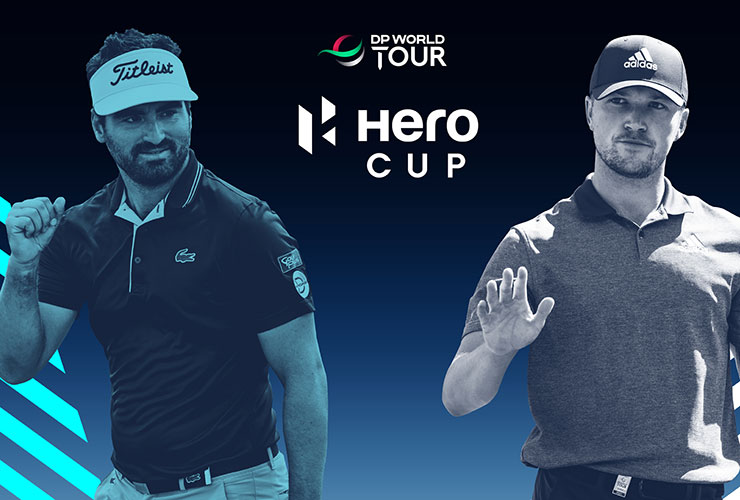 France’s Antoine Rozner and Englishman Richard Mansell have become the final two players to be added to the mine-up for the Ryder Cup-style Hero Cup to be played at at Abu Dhabi Golf Club from January 13-15.

Continental Europe will take on Great Britain & Ireland to help Luke Donald get a firmer idea of which players could make the squad for the Ryder Cup in Rome 2023.

Donald announced 18 players at the end of November following the conclusion of the DP World Tour Championship at Jumeirah Golf Estates in Dubai.

The former world No. 1 left one position open to allow players to impress in the past few weeks and he has confirmed that Rozner and Mansell are the last men in

Rozner stormed to his third DP World Tour title in as many years as he claimed a five-shot victory at the AfrAsia Bank Mauritius Open on Sunday.

The Frenchman entered the final round with a two-shot lead but stretched that advantage to five strokes at the turn. A birdie at the last saw the 29-year-old sign for a five-under-par 67 to finish at 19 under and rise to fourth in the Race to Dubai Rankings in Partnership with Rolex and 12th on the European Ryder Cup Points List.

Mansell will join the GB&I team after enjoying his best season to date on the DP World Tour. The 27-year-old has made the most of his playing opportunities in 2022 regaining full playing privileges after finishing 44th on the Rankings in a year which, despite limited starts, included two third-place finishes and four further top 10s.

Donald said: “With less than a month to go until the Hero Cup, I’m delighted to have our full roster of 20 players confirmed and excited to have Antoine and Richard joining their respective teams at Abu Dhabi Golf Club.

“We have a fantastic mix of major champions and Ryder Cup players, alongside those who are hoping to secure their debut for Team Europe in Rome next September, and the Hero Cup will provide me with a fantastic opportunity to see how these players adapt and react in a team environment.”

Molinari added: “It’s great to have our team finalised for the Hero Cup and I’m looking forward to leading this talented group of players. Being part of a team is something I have enjoyed immensely in my career and I’m sure all of our players will be looking forward to the week, including Antoine, who played some incredible golf last week to win his title in Mauritius.”

Fleetwood, who partnered Molinari at the Ryder Cup in 2018 to deliver four points for Europe and recently sealed his sixth DP World Tour victory at the Nedbank Golf Championship, said: “I am really pleased with the group of players who form our Great Britain and Ireland team. Richard is a terrific addition after his best season on the DP World Tour and I’m just really excited to get out there in a few weeks’ time with this group.”