Andrew “Beef” Johnston qualifies for U.S. Open thanks to THREE eagles, including a hole-in-one 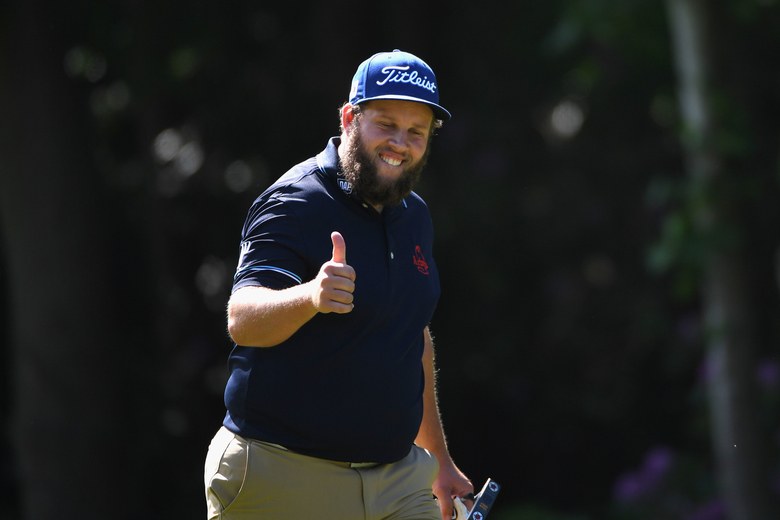 Tiger Woods stole the headlines on Memorial Day, but there was actually some golf played on Monday. Some serious golf, in fact, from one of the game’s funniest figures.

Andrew “Beef” Johnston was just one of 15 players to earn a spot in next month’s U.S. Open at a sectional qualifier in England, but no one did it in as spectacular of fashion. The affable Brit managed eagles on a par 3, a par 4, and a par 5 during the 36-hole qualifier. And yes, that means he had a hole-in-one on the card.

The ace came on the second hole of his opening round at Walton Heath Golf Club, where Johnston shot rounds of 68 and 66 to finish in a tie for ninth place. Johnston was coming off a T-21 at the European Tour’s BMW PGA Championship. A fan actually caught the ace on camera:

Johnston’s first season as a PGA Tour member has been relatively quiet with one top 25 (a T-10 at the Puerto Rico Open) and four missed cuts in 10 starts. He qualified for the U.S. Open for the first time last year and finished T-54. The following month, he finished T-9 at the Open Championship.

There are still 10 sectional qualifiers to be played in the U.S. on June 5. Golfers can also still qualify for the U.S. Open by being ranked in the top 60 of the Official World Golf Ranking on June 12, the day after the PGA Tour’s FedEx St. Jude Classic concludes.

Main image caption: VIRGINIA WATER, ENGLAND – MAY 27: Andrew Johnston of England gives a thumbs up to the crowd on the 16th hole during day three of the BMW PGA Championship at Wentworth on May 27, 2017 in Virginia Water, England. (Photo by Ross Kinnaird/Getty Images)