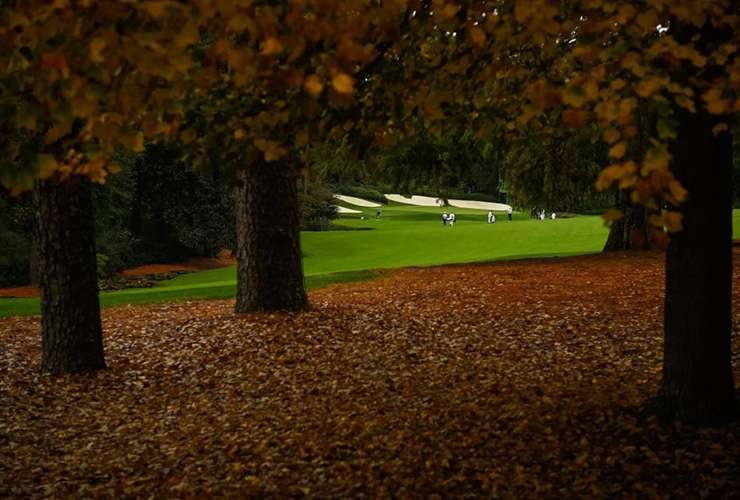 By Joel Beall
AUGUSTA, Ga.—It was raining Tuesday morning, just enough to be annoying. Luckily there are worse spots to be stranded than Amen Corner. The towering pines between the 12th and 13th offered a canopy, and through its windows stood the panorama that maintains a timeless mystery. “You usually have to pay double for this,” said a volunteer. Whether he sauntered over or magically appeared, who’s to say.

But upon agreeing that yes, it’s a damn good view, the volunteer offers clarification. “No. I mean the paint job.”

For all the hype of an autumn-kissed Augusta National, it looks very much like the Augusta National of April, a jewel of exploding emerald at almost every turn. That includes the foliage. Suppose we should have realized as much: The most prevalent tree here is the loblolly pine, a species that stays green throughout the year.

This is not to say the place appears the same. Many of the Masters ecosystems at Augusta National—the Big Oak, the 16th hole, the Par 3 course, the village wedged between the first hole and range—seem disjointed without a congestion of Easter pastels dotting their landscape and egg salad and pimento cheese wafting through the air. It is a notion best encapsulated by the downward view from the 15th fairway. No grandstands to the left of Sarazen Bridge and no backdrop of fans on the 16th hill makes the 15th green feel exposed, as if it walked out of the house without a coat. 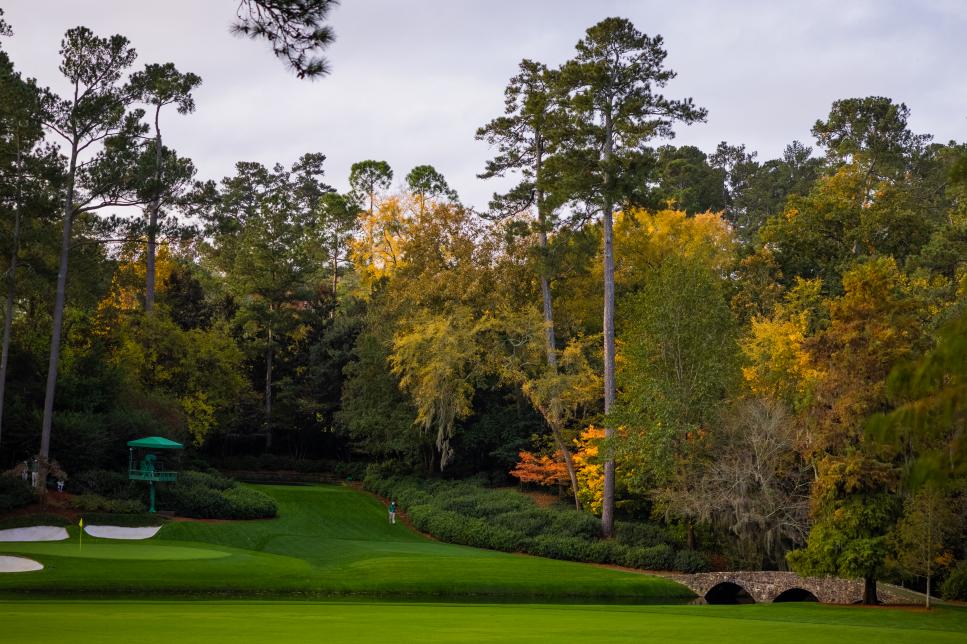 Patrons are not allowed by the 11th and 12th green nor the 13th tee box; they are spots engulfed by nature incarnate and immune from the gallery-less disparity. However, someone let this part of the property in on the secret that it’s fall.

There are fireworks to the left of 11. Splashes of yellow and orange at the back of 12. The 13th tee box has been dipped in sepia, with a mini forest of Starburst emitting on the right that has dropped a blanket upon the straw.

It may not be the scenery conjured when thinking of tailgates and Thanksgiving. But it’s close.

And what better place to show this is a Masters unlike any other than Amen Corner? It is the club’s city on a hill. (Even though, topographically speaking, it’s at the base of the property.) It is a spot of socialisation and wonder and where people come to feel things they’ve never felt. Yes, getting fired up over a foliage palette dangers on falling into the syrupy river this tournament can produce. But the world has been in short supply of joy as of late. It could use a little syrup.

The rain eventually stopped, allowing a stroll to the rest of the course. Yet, a forecasted storm held off into the afternoon, beckoning a second visit to Amen Corner. When you’re in Vatican City, you see the Sistine Chapel as much as possible. 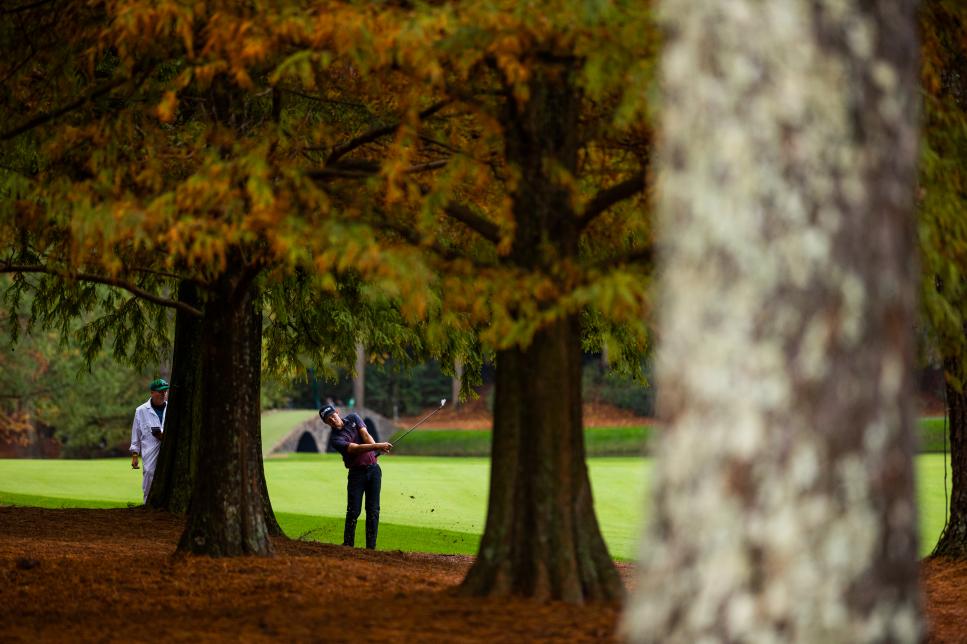 There at the 12th, with a backup on the green, singles Francesco Molinari and Abraham Ancer joined forces for the rest of their practice round. Ancer, a Masters rookie, came within a foot of acing Golden Bell.

“Ahhhhhhhh,” Ancer grumbled. “That would have been awesome.” Head down with a half-grin, Ancer hopped towards Hogan Bridge. He turned around seconds later, noticing the arrival of a friend.

A sentiment that rings true at Amen Corner, no matter the season.