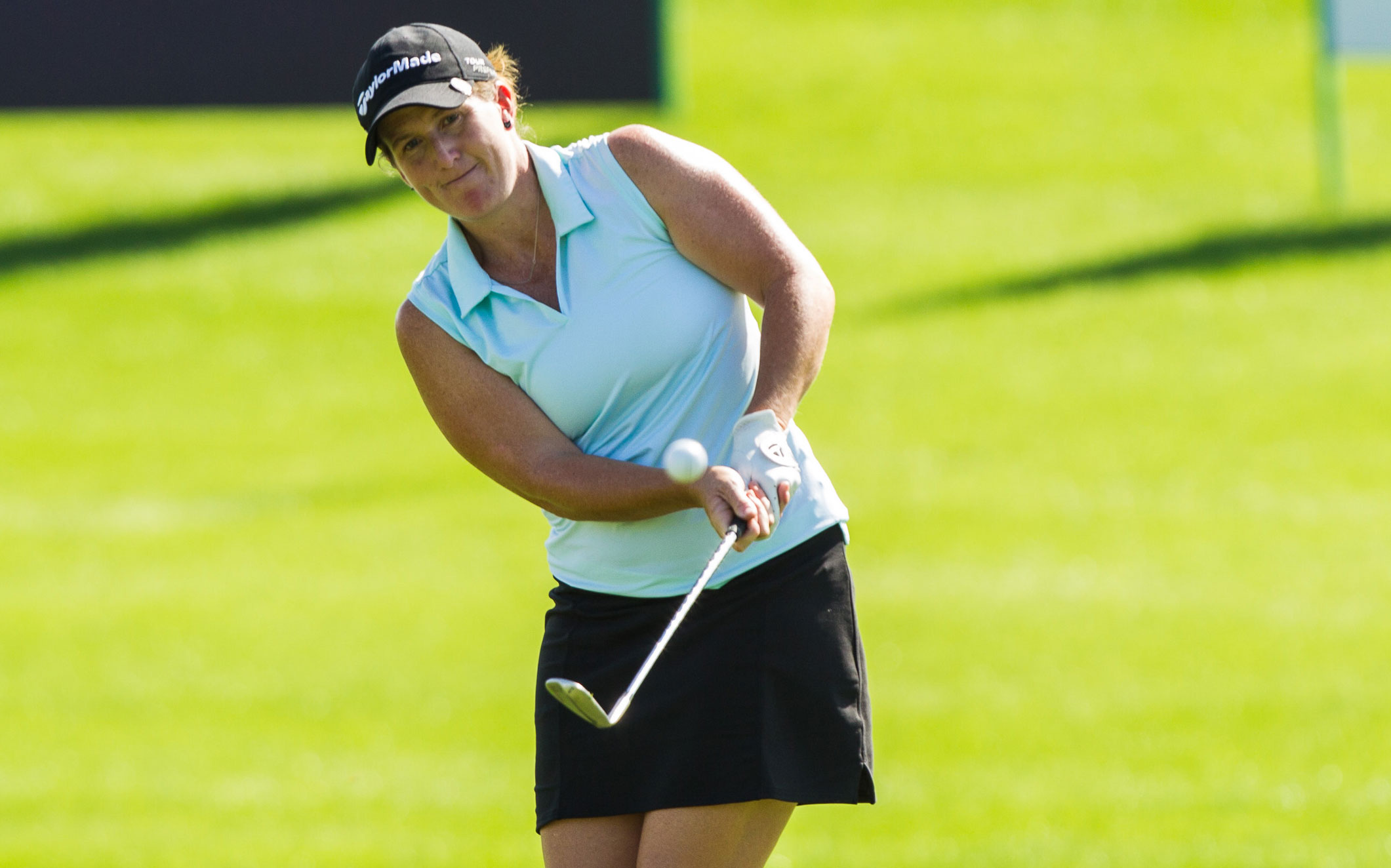 It’s hard to imagine how Beth Allen could possibly top an already epic year but the American clearly isn’t done with 2016.

The 34-year-old Californian was on the cusp of earning an LPGA Tour card in Florida overnight before winging her way to the €500,000 Omega Dubai Ladies Masters.

With two wins, five further top-10 finishes and season earning’s of €311, 391 from 15 starts, Allen will collect the Ladies European Tour’s (LET) coveted order of merit title regardless of how she plays in her fifth appearance at Emirates Golf Club.

But the way the world No.63 has been playing, there’s every chance she’ll carry her sizzling form all the way to the top of the leaderboard come Saturday’s final round on EGC’s famed Majlis layout.

“I am excited…I’ve been playing well and I wouldn’t mind another trophy,” said Allen who was nine-under par in solo sixth place entering the fifth and final round of LPGA Q-School overnight.

“I’ve always just done the best I can and sometimes I’ve had success and other times I haven’t. I’m going to keep doing what I’m doing and hopefully I will be able to end the season strongly.”

Allen’s best this season has been great. She won the Lacoste Ladies Open de France in September and the inaugural Fatima Bint Mubarak Ladies Open in Abu Dhabi last month for her second and third LET wins. She would eclipse €1m in career LET earnings with victory on Saturday but won’t grumble whatever happens.

Three-time defending champion Shanshan Feng is €59,117 behind Allen in the order of merit but the Rio Olympic bronze medallist is ineligible as she has not played in the minimum requirement of six LET tournaments in 2016.

Feng is the only player to win the ODLM and the order of merit in the same year and that 2015 double will undoubtedly inspire Allen. The San Diego pro will also be vying with Indian teen Aditi Ashok for a hat-trick of 2016 LET titles in the season ender.

Ashok is €130,978 euros behind Allen so cannot affect the outcome even if she does kick on from her sensational back-to-back Hero Women’s Indian Open and Qatar Ladies Open wins heading into Dubai where the winner earns €75,000.

Allen would love the cash and the addition kudos but is clearly more a giver than taker. She joined the LET in 2008 and is now a member of the tour’s board. Even more impressively, she donated a kidney to her ill brother Dan in 2011, putting golf records firmly in perspective.

“I wanted to help, I had to help. My brother used to have zero social life. Now he’s playing golf and enjoying his life. He’s a completely different guy, it’s awesome to see,” said Allen, who turned professional in 2005 after graduating from the California State University.

The ODLM begins on Wednesday.