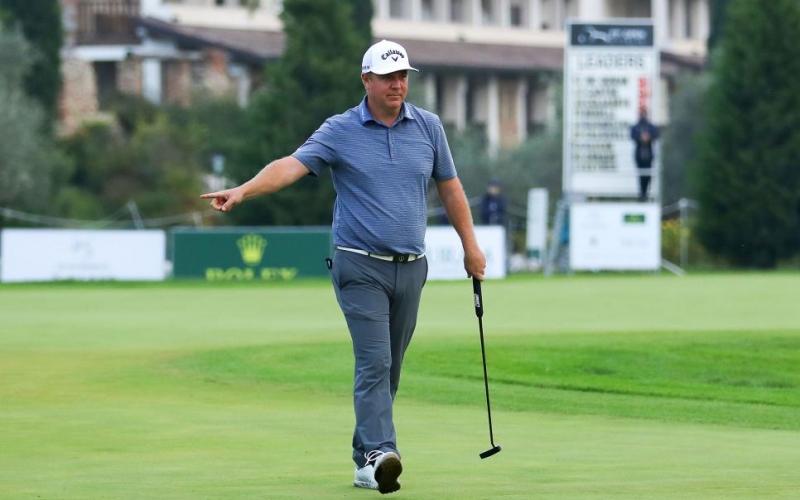 Warren Little
Ross McGowan reacts to a birdie on the 18th hole that clinched his victory at the Italian Open.

By John Huggan
They started the closing 18 holes of the 77th Italian Open tied for the lead on 19 under par. And they were both level par for the final round when they came to the 72nd tee, still ahead of the chasing pack. So nothing had changed between Englishmen Ross McGowan and Laurie Canter, you might suppose.

Suppose again. This was a day of golf at the Chervò Club just outside Rome in which everything happened. And then some, as McGowan, who last won a European Tour event, the 2009 Madrid Masters, 11 years and 15 days earlier, finally finished first for a second time.

Consider this. By the time he reached the 7th tee, McGowan already had everything from an eagle to a double bogey on his card. And by the time the leading pair reached the turn in one-over-par 37, they had been caught by Germany’s Sebastian Heisele and South Africa’s Dean Burmester.

But only briefly. Birdies at the first two holes of the back nine took Canter clear.

But only briefly (2). By the 16th tee, McGowan had tied Canter again at 19 under, leading by just one shot from former Ryder Cup player Nicolas Colsaerts. A host of others were piled up two and three strokes back.

McGowan’s tee shot on the par-4 16th was, by his own admission, “horrendous,” the ball finishing way left of its intended target and in a bunker on the par-3 17th. From there, the 38-year-old found more sand, this time by the green on the hole he was supposed to be playing. And from there he holed out for birdie. Despite playing the hole immaculately for par, Canter was suddenly one behind.

After a nervy day, he takes the lead in style with two holes to play.#ItalianOpen pic.twitter.com/XvpCibrjot

Still it wasn’t over. Canter’s tee shot to the short 17th finished eight feet from the flag, the ensuing birdie setting-up a fascinating climax, especially as Colsaerts was soon to be in the clubhouse on 19 under. Both protagonists required a birdie to claim victory on the 574-yard par 5. And it was McGowan who made it, again in a characteristically convoluted fashion.

After another dreadful tee-shot into the right rough, McGowan, the former English Amateur champion, laid-up short of the water fronting the distant green, then wedged to maybe 15 feet. In went what proved to be the decisive putt, Canter failing to get up-and-down for the matching birdie.

For the second time in a month, following the Portugal Masters, Canter had to settle for second place. Which was deserving of sympathy. After taking the lead with an opening round of 12-under 60, the 30-year-old was never out of first until McGowan made that “ridiculous” birdie at the 70th hole. 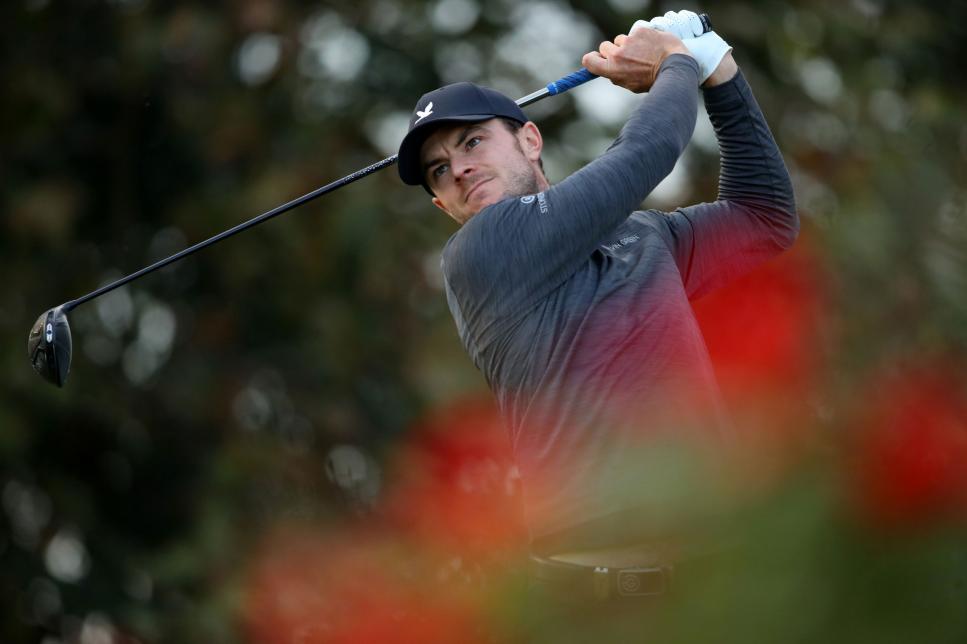 Warren Little
Laurie Canter started the Italian Open with a 12-under 60 on Thursday, but fell one shot shy come Sunday.

Not surprisingly, McGowan was more than a little emotional in the aftermath of his hard-earned victory. So far removed from the best season of his career (he almost made the 2010 European Ryder cup side after also finishing second at the 2009 DP World Tour Championship in Dubai), the seven-time Q-school attendee was almost speechless standing by the 18th green.

“I can’t believe it,” said McGowan, who in his previous 13 starts had finished no better than T-42 with five missed cuts. “I’m still trying to gather my words really. I hit the ball terrible today, but the putter kept me in it. My emotions were all over the place. After the double bogey on the fifth [where, after many extra waggles on the tee betrayed his uncertainty, his 3-iron found water left of the green] I felt like I had to birdie the [par-5] sixth. So to make eagle there was a big boost. That got things underway even if I was still hitting it all over the place.”

That was certainly true on the 16th, en route to what was surely the most unlikely birdie of McGowan’s closing 71.

“The tee shot on 16 was a shocker,” he said. “And the second shot wasn’t much better. But when I holed from the sand that gave me a bit of belief. To roll the putt in on 18 was magical, too. I knew Laurie and I were close pretty much all day, but I was expecting someone to come bursting through and shoot 23 or 24 under. But it never happened, which is a surprise. The pins today were pretty easy if you found the fairways. Unfortunately, I didn’t find many, which made it difficult.”