A simple motivation propelled World No. 1 Keita Nakajima to the biggest win of his young career 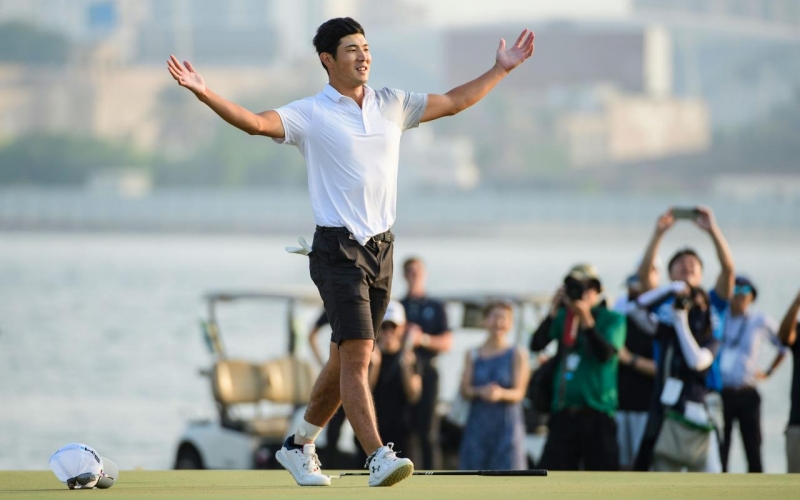 By John Huggan
DUBAI, U.A.E. — Right from the start, he was the man to beat in the Asia-Pacific Amateur Championship. And, in the end, no one did. It took the world’s leading amateur, Keita Nakajima, 74 holes to get the job done, but the 21-year-old from Japan was just good enough to see off a stream of final-round challengers, the last being Taichi Kho of Hong Kong in a playoff after the pair tied at 14-under 270 in regulation at the Dubai Creek course.

The numbers make impressive reading, adding this latest title to an ever-lengthening and increasingly impressive list of victories. Already, Nakajima has won the Australian Amateur, the Japanese Amateur (after four runners-up finishes), two gold medals at the Asian Games and, against the professionals, the Panasonic Open on the Japanese Tour. And now he can add a trip to Augusta, Ga., to his 2022 itinerary. Already exempt into the U.S. Open and the Open Championship through his status as World No. 1, the student at Nippon Sports Science University will be invited to join compatriot and defending champion, Hideki Matsuyama, at next year’s Masters.

Which will come as something of a relief. Nakajima, the third Japanese golfer after Matsuyama and Takumi Kanaya to be hailed the No. 1 amateur on the planet—in recognition of which he received the Mark H. McCormack medal on Friday evening—was desperate to follow their lead for a second time by winning this championship.

“Takumi has become a good friend and mentor to me, and we played on the national team together for some time,” he said. “He once told me to ‘confront yourself and keep challenging.’ I really like that and will try and follow his advice. So I’m excited and I’m very happy to follow Hideki and Takumi. I have three major tournaments next year, and I can’t wait. It’s so nice. I think it’s an honour to attend this event, and I’m so happy to win. It’s a great tournament. I had a great week.”

That he did, one that brought with it those big and well-earned rewards at the close of a final day in which the leading 10 finishers made 56 birdies and an eagle between them over the 6,795-yard course. Nakajima made six of those birdies (seven if we include the clinching birdie on the second playoff hole) and survived all sorts of ups-and-downs over the course of an ever-changing four-and-a-bit hours he spent hitting 68 shots and pulling his own trolley.

Indeed, Nakajima’s closing effort was hardly without error. A dropped shot at the par-4 sixth was a mere blip given the four-shot advantage he enjoyed early. But the double-bogey 6 he perpetrated on the ninth spelled trouble with a capital T. Suddenly all kinds of players were given hope where previously there had been close to none.

Still, it is in such moments that true class tells. And Nakajima stepped up, playing the back-nine in three under par to set up the playoff with Kho, who had followed up his third-round 64 with an almost-as-nifty 65.

It was Kho who hit the better drive and the better approach on the first playoff hole, a return to Dubai Creek’s par-4 18th. But Nakajima, as he had done on the last hole of regulation, made a matching par from the waste area right of the narrow fairway. And it was from there again, one hole later, that the destination of the trophy was eventually decided.

From a lie that was less appetizing than those Nakajima had been faced with, Kho’s attempted approach caught the lip and finished in the water. As it turned out, the champion’s final birdie was less than vital. Had the ball missed the cup, Nakajima, second behind Kanaya in this event three years ago, had two more putts with which to clinch his victory.

“I was up against the lip,” said Kho, a college golfer at Notre Dame, of his ultimately unveiling attempt to find the 18th green for third time in less than an hour. “It wasn’t a great lie, and I just caught it a hair thin, the ball hitting the top of the bunker. But if I had it to do again, I would pick the same shot, have the same process. I did everything I could to hit a good shot, but it just didn’t turn out my way. I have no regrets looking back. Today’s back nine, even the playoff, really gives me a lot of confidence going forward. I did a lot of things that I know that I can, but it’s another to actually do it under pressure. I feel really proud of myself.” 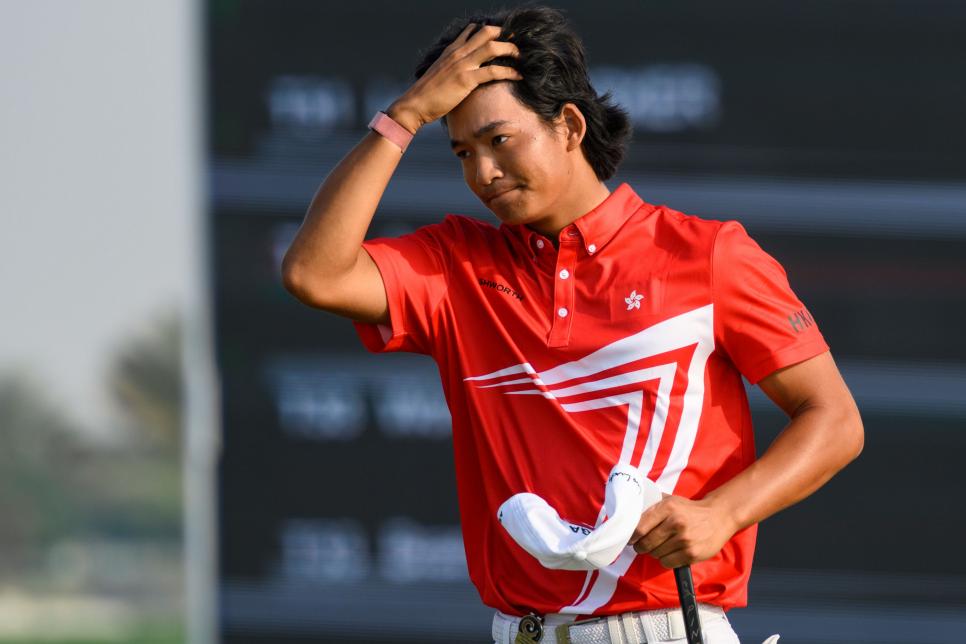 Graham Uden
Hong Kong’s Taichi Kho, after closing rounds of 64-65, took Nakajima to a playoff, but a watery approach on the second extra hole cost him.

A bit further down the leader board, the defending champion, China’s Yuxin Lin, pulled up in a tie for seventh place, which was not how it was supposed to go for the 21-year-old who is a junior at the University of Florida. The head-to-head battle he was seemingly destined to have with Nakajima—the pair played alongside each other in three of the four rounds—never really materialized.

Put it down to Lin’s version of a “triple-double.” The first of those came as early as the second hole, where his approach found the water fronting the green; the second arrived at the 15th, the result of a lost ball off the tee. Two pars at those holes and Lin would have been holding the trophy at this event for the third time.

That honor belongs to Nakajima, a young man who started playing at the age 6 after watching Tiger Woods on television and who personifies the phrase “star of the future.” Already he is playing golf on a level that is competitive at the highest level. Only a few weeks ago, he finished a creditable T-28 in his PGA Tour debut at the Zozo Championship. His score there matched the likes of Olympic champion Xander Schauffele, Joaquin Niemann and Charley Hoffman and was better than Rickie Fowler, Olympic bronze medallist, C.T. Pan, and Will Zalatoris, runner-up in this year’s Masters.

So the kid can play, something he did better than anyone else this week.