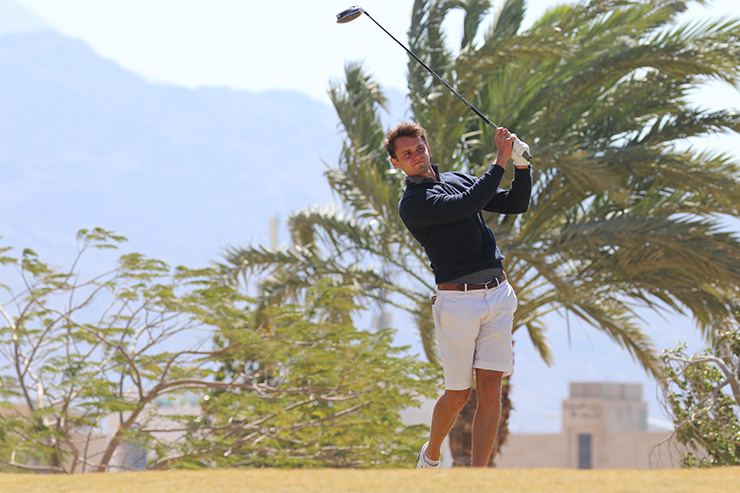 Scot Ryan Lumsden won the last MENA Tour event, the Journey to Jordan #2 Championship on March 4. A day later, the development tour was postponed due to the COVID-19 outbreak. Photo by Joy Chakravarty

By Kent Gray
Within days of Tour Commissioner David Spencer announcing that the on-again, off-again MENA Tour was officially on-again, the reality of our time was brought into sobering focus once more.

The on-going challenges of global travel forced the European Tour to abruptly postpone the Portugal Masters and radically reshuffle the remainder of its April-early May schedule. To the credit of European Tour chief Keith Pelley and his Wentworth-based team, the Tenerife Open was swiftly moved to fill the sudden Portugal gap and the €1 million Austrian Open reinstated to the schedule, albeit to start four days after the Masters at Augusta National and likely without many name players as a result.

Spencer knows a thing or three about pivoting and pivoting again in the face of on-going challenges created by the pandemic. He’d originally hoped to resume the MENA Tour in March-April this year but has now released a super condensed 15 to 16-event schedule to start in Aqaba, Jordan on October 1.

That will include the five outstanding 54-hole events from 2020 to be played in a breathless four week stretch from Oct. 1 with a mere day off in between events at Ayla Golf Club, the tour’s official destination partner. Thereafter, a 2021 season comprising 10-11 events will be squeezed into the even more rapid-fire period from November 1 to December 20. All going to plan, some of the 2021 season events will be played in Oman (possibly Ghala) and the UAE (likely Al Ain, Al Zorah, Al Hamra and Tower Links with a possibility of other Abu Dhabi clubs). But then again, this is 2021, the golf year suffering a bad hangover from the year that changed everything.

Spencer is delighted to have retained all of the MENA Tour’s pre-COVID sponsors, including naming rights titleholder Arena. But to say that the landscape has changed is hardly breaking news.

“I do think about what we were trying to do on the MENA Tour, going from destination to destination, week after week. We wanted to provide our members the experience of playing on a larger tour,” Spencer said.

“But I think now we will see tours starting to play multiple events in one destination. And that is all tours.” 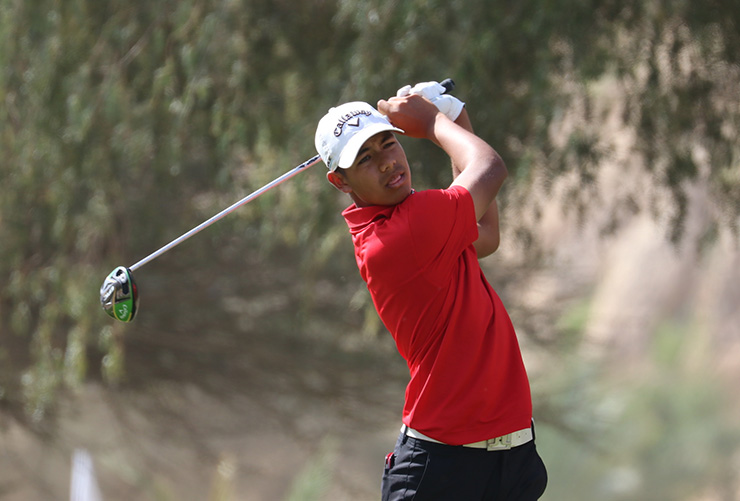 The MENA Tour is a crucial piece in the development puzzle for players such as Dubai-based Indian amateur Arjun Gupta. Photo by Joy Chakravarty

By resuming the season at Ayla Golf Club, with its on-site hotel, beach club, pools and ocean sports, the MENA Tour is going into a bubble that has become the new norm on the European Tour. It is also an insurance policy against pandemic curve-balls. In theory, all 16 events planned could be played in Aqaba.

Surely two months in the same spot, looping the same course – as fun as Greg Norman’s Ayla design is – would be a massive turnoff for even competition and cash-starved mini tour players?

Spencer thinks not, suggesting the tour has been “absolutely inundated with requests” to fill the 132-max player fields given limited playing opportunities around the world.

A mixture of strokeplay and matchplay events will spice things up. “Courses can be set up differently as well. Most club members around the world play the same course over and over and seem to have a very enjoyable experience,” Spencer said.

Indeed, the commissioner is adamant the pandemic has transitioned tour golf’s player-first mentality to commercial realism driven by a health and safety first ethos.

“Whether you are running the PGA Tour or the MENA Tour, you had to try to please everybody all of the time. In the new normal, that’s not possible,” Spencer said.

“Perhaps some people will fall through the cracks. What we’re trying to do with the MENA Tour is to make decisions that are as fair as possible for everybody.”

For “fair”, read cost-effective and logistically feasible. The decision to travel to Jordan is littered with potential pitfalls that are out of Spencer’s control but he’s planning to reduce the costs of travel and accommodation all the same.

With the majority of the developmental circuit’s players U.K. based, they will first require British Government permission to leave the U.K., will then need to quarantine for 14-days in a “green listed” Middle East destination – Dubai being the obvious option – before being permitted entry into Jordan. This all the while hoping the green status of their quarantine base isn’t changed by the Jordanian authorities during the fortnight. 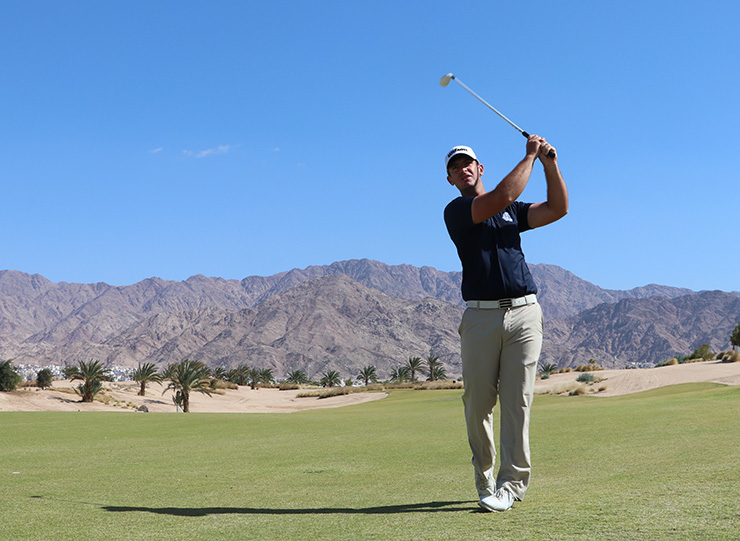 Still, Spencer is optimistic. While players on other mini tours play for little more than entry fees, the “bulk” of events will retain the MENA Tour’s stock-standard $75,000 purses.  Any “slight” reduction in prize funds would be “directly attributable to any increase in player costs in relation to regulatory health costs.”

Certainty is a rare commodity in life nowadays, much less in golf. In that regard, all the MENA Tour can do is plan for an Oct. 1 start and continue playing the lie as the year progresses. In others words, if all 16 events need to be played in Jordan, it’s far better than not playing at all.

Much will depend on COVID travel restrictions at the time with the tour to be guided by the vaccine regulations in each country.

“There is absolutely no doubt that we are all living in a new world and I do not see 2021 being too much different from 2020,” Spencer said in a memo to players.

“I do think that 2021 will be a year of recalibration and 2022 promises to be relatively normal, positive and calm. I am extremely confident that the plan that is set out is fully achievable.

“That being said, if there are further changes they will be done from pure necessity. We will make sure that the 2021 plan is fully confirmed to you all by June 15th, 2021 at the latest. This gives everyone three plus months notice before we recommence play.”

Three months. A relative aeon in these strange times.