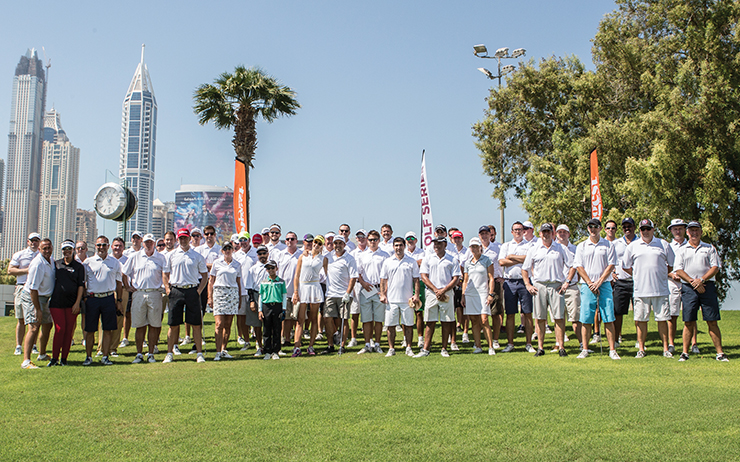 Fairservice, Megson and Alberts win big as we turn seven

There’s nothing quite like the lure of a round on the world famous Majlis to coax important industry professionals into playing your golf event, and once again this tactic worked a treat as here at Golf Digest Middle East, we celebrated our seventh birthday at Emirates Golf Club last month. For many of the players it was a chance to catch up after a long summer off-season and talk about the exciting months ahead, as the UAE looks forward to yet another breathlessly busy winter.

For the second straight year, we partnered with Daman to stage an amateur series that culminated in this event, and the players who successfully qualified were treated to a day that has attained borderline pro-am status, such is the number of friends and colleagues from the industry who dust off the sticks.

As a result, the prize for Best Gross is always a hotly contested affair, and this year was no different. However, it was an amateur who claimed the prize, with a splendid knock of 70. Louis Alberts plans to play some MENA Tour events next year, and with form like this, there’s every chance he could enjoy some success in the amateur ranks. His special prize for the round was an Emirates Khaizaran cane, presented by Daman’s Andrew Phillips (below right).

On the course, Wasserman’s Tom Staff powered the longest drive on the 12th hole,  while amateur qualifier Gaby Greipel followed suit for the ladies on the third. Gurbax Singh won a box of Davidoff Cigars for his tee shot on the fourth.

In the main event, both ECCO and Callaway provided some excellent prizes. The runners-up had been near the top of the live Golf Gamebook powered leaderboard for much of the day’s action, but Dubai Creek’s Mike Major and Cameron Mitchell eventually carded a score of 43 and settled for second spot. Champions for the first time was the long-standing partnership of David Fairservice and Euan Megson, whose blistering score of 45 points was far too good for the rest of the field.

As golf in the Middle East continues to hit even greater heights, we look forward to continuing to be right at the heart of the best stories as they unfold.