PGA Championship 2017: A rebuilt swing has Kevin Kisner ready for his major moment 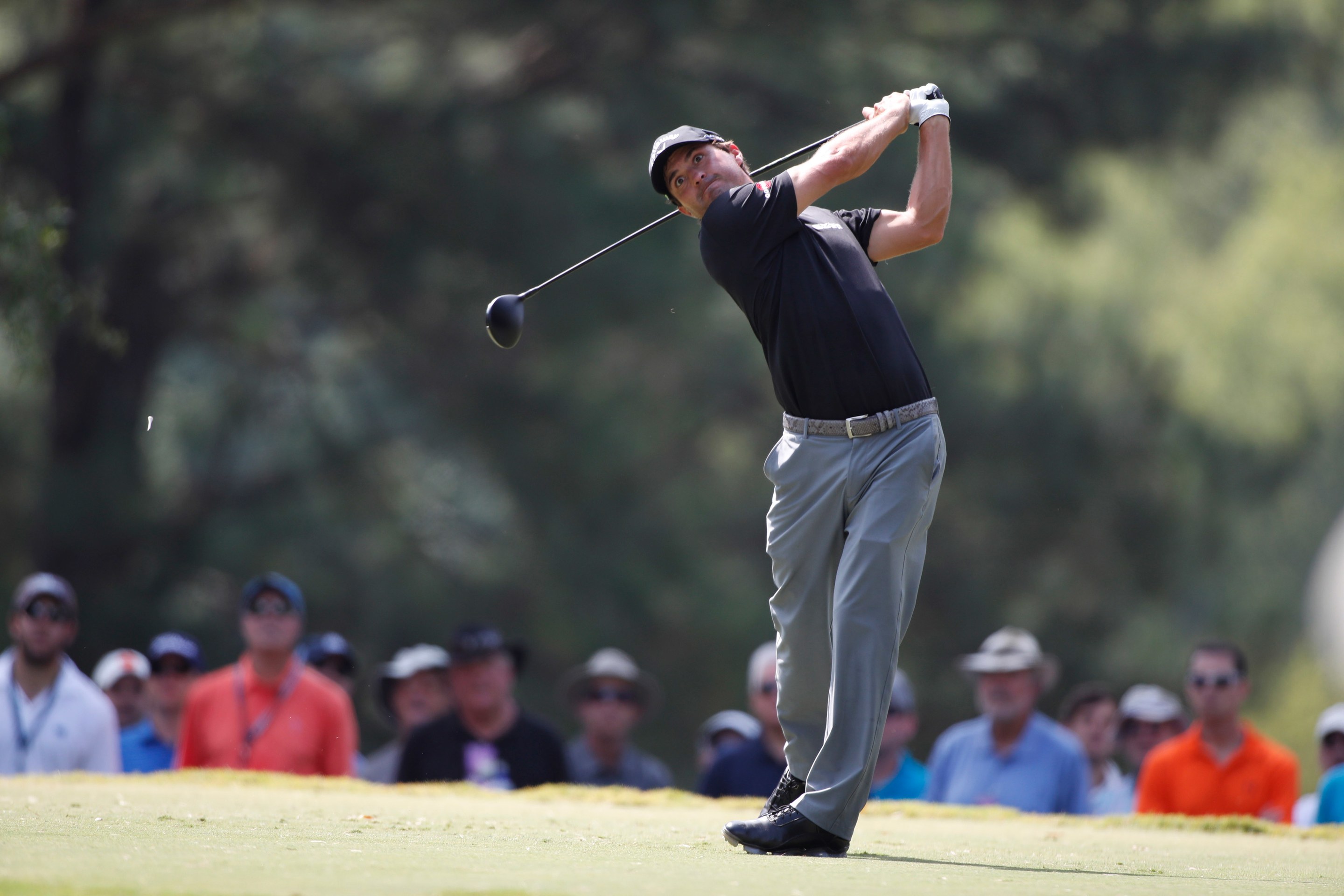 By Jaime Diaz
Kevin Kisner is a two-time PGA Tour winner and the 25th ranked player in the world. He’s got a well-earned reputation for grittiness by “beating up on people on Tuesday” in practice-round money games. Still, it’s a surprise atop the leader board halfway through the 99th PGA Championship.

As a short hitter, the 33-year-old South Carolinian is not a good match for Quail Hollow’s daunting combination of wet fairways and firm greens. He has not played particularly well lately. And he doesn’t have a strong record in the majors.

Indeed, Kisner hasn’t shown the kind of tee-to-green proficiency required to handle the game’s most demanding setups. In 11 previous major championship starts, he’s missed three cuts, and his best finish is T-12. He’s now made it to major weekends eight times in a row, but his best finish in that stretch was T-18.

“Yeah, I’ve been upset with how I’ve played in the majors so far in my career,” Kisner said on Friday after his second-straight four-under-par 67. “I feel like I have the game to compete in majors, but tons of 30th- to 40th- and 50th-place finishes. [Improving that] has kind of been our goal for the year.”

“He told me, ‘Just get me to hit it better, because I think I can win out there. I loved hearing that.” —John Tillery

But after a T-43 at the Masters, T-58 at Erin Hills and T-54 at Royal Birkdale, Kisner intensified his sessions with the instructor who began transforming his game in 2013, John Tillery. Last week the duo found a new way to look at an old problem.

As a result, Kisner has elevated his long game to perhaps the highest point of his career. At the PGA, he ranks first in greens in regulation at 83.3 percent and seventh in driving accuracy at 75 percent. With the punishing Bermuda rough making short in the fairway better than long in the rough, Kisner’s 291.5-yard driving-distance average, which ranks 92nd in the field, is long enough. “I’m really fired up about the way I’m hitting the golf ball,” he said.

For good reason. “I never was a good ball-striker,” Kisner said of the seven years he spent on the mini tours and the Web.com Tour before finally earning his PGA Tour card. “When I came out here and saw how other guys hit it and I was like, I’ve got no chance the way I’m hitting it.”

So Kisner began to work with Tillery, the director of instruction at Cuscowilla Golf Club in Eatonton, Ga. “He told me, ‘Just get me to hit it better, because I think I can win out there,’ ” remembers Tillery, who also works with William McGirt and Roberto Castro. “I loved hearing that. It told me a lot about his belief in himself. Because from where he was, it was a stretch.”

What Tillery saw was a “sloppy” swing that was too narrow going back and lacked enough hip-rotation going forward, creating an in-to-out downswing that lacked power and bred inconsistency. In stages, he got Kisner to load more weight into his right side on the backswing, which facilitated a more efficient and powerful down-the-line-and-around release on the forward swing.

In 2015, Kisner made a quantum leap, reaching a sudden-death playoff at the Players, and six months later winning his first PGA Tour event at Sea Island. Swing overhauls by tour pros are risky, with a good argument that more players get worse than get better. But under Tillery, Kisner’s swing rebuild ranks with Matt Kuchar’s as one of the most successful in recent history. 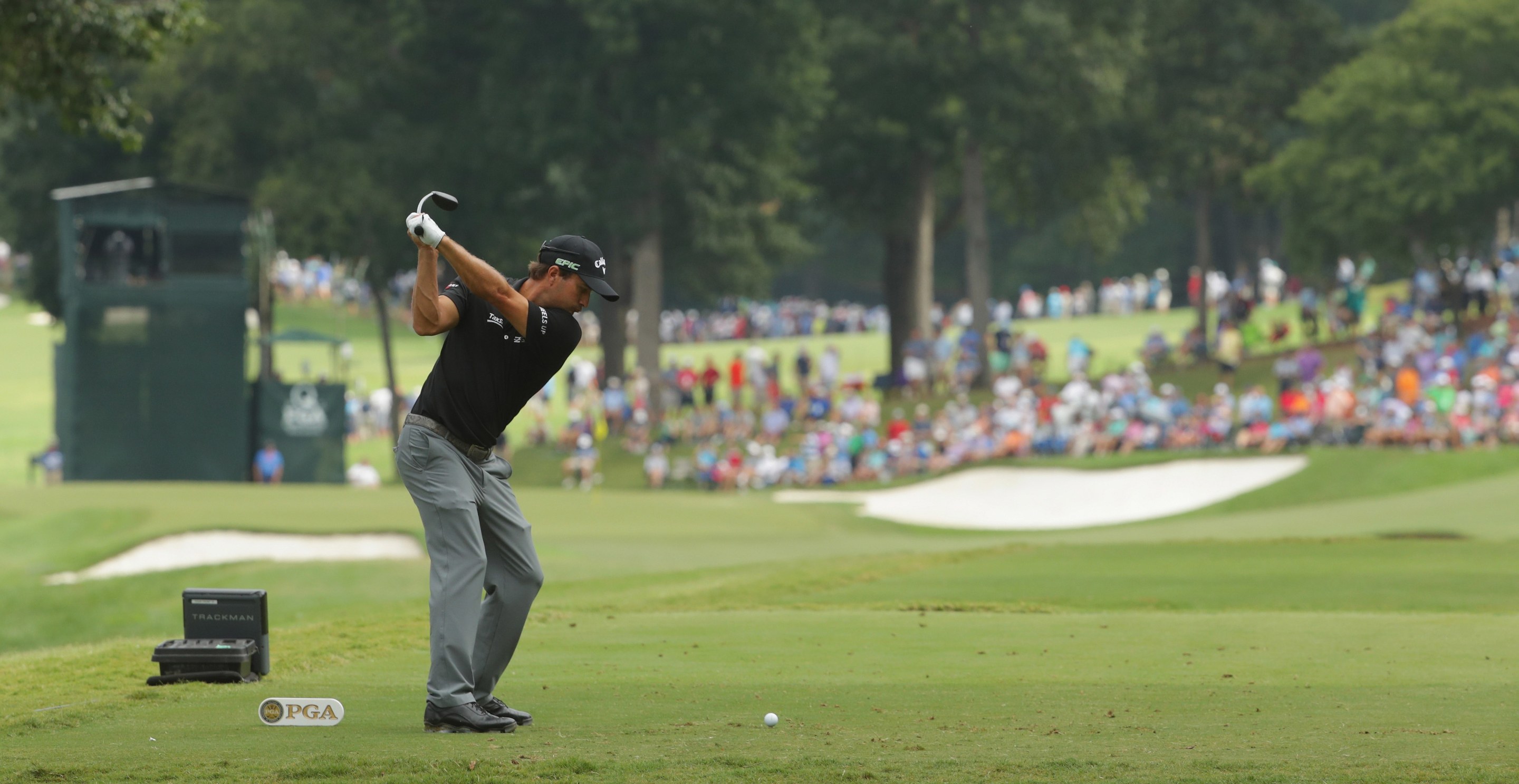 Still, Kisner found that he’d relapsed this year, and needed a rigorous refresher course that Tillery called “Rocky-like” to raise up his game. “Part of my job is to find a different way to say the same thing,” said the instructor. “We tried some new drills, and some new words clicked, and Kis discovered a feeling in his right foot that got a good result, one that helped him release his chest toward the target. So his thought this week is right foot—chest.”

As well as he is hitting the ball, Kisner has been even more free-flowing on Quail Hollow’s diabolical greens, which are stimping at 14 with plenty of undulation. Because his inlaws live in Charlotte, as well as his 93-year-old grandmother, Kisner has played the course often, and likes the Champion Ultradwarf Bermudagrass greens better than the bent-grass surfaces they replaced, in part because they new ones are similar to those of his home course, Palmetto Golf Club, in Aiken, S.C.

“I feel real comfortable on the reads on the greens, and my speed’s been great,” he said. “That’s a lot of confidence right there.”

Kisner’s strategy going forward? Despite his relative lack of firepower, and the overall high scoring at Quail Hollow, the word he favored was “attack.”

“Being able to attack when you can is my big deal in majors,” Kisner said, “and you’ve got to be comfortable putting those three-, four- and five-footers for pars on the holes that you can attack.” Alluding to the record 18-hole rounds shot in the U.S. Open and the Open Championship, he added, “You’ve got to realize that guys are making birdies, and the whole mindset of pars are good is kind of out the window.”

Tillery chuckled when he heard the word attack. “That’s Kis, he’s got that ‘watch this’ confidence,” he said. “But he’s done a good job of tempering that and hitting 30 feet away from a risky pin with a 7-iron. He used to be not so good at that. But he’s really gaining on the stuff it takes win majors.”

At Quail Hollow, Kisner’s halfway there.