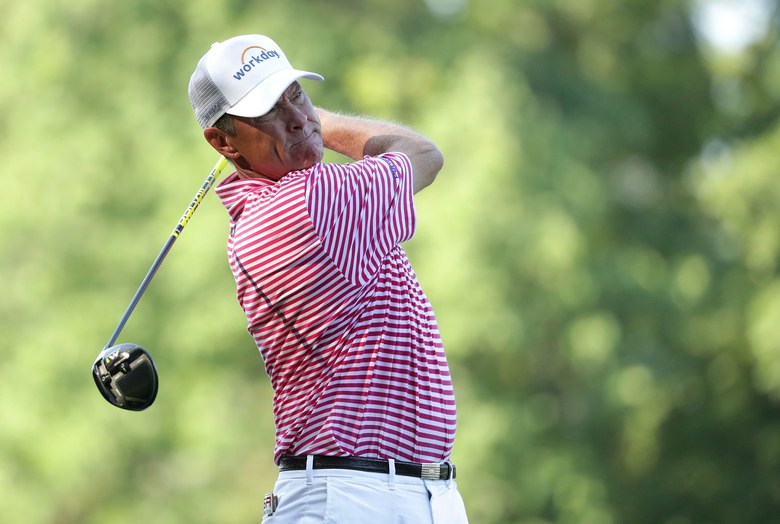 Davis Love III turned in a bogey-free 64 during the first-round of the Wyndham Championship, one of the best performances from the morning wave. Love, who turned 53 in April, hit every green in regulation and averaged 300 yards off the tee to sit three strokes behind Matt Every.

“I’ve been playing a lot,” Love said. “Played six out of seven weeks and other than that big long golf course in Charlotte, I felt pretty good about my game.”

Perhaps it’s not too surprising that Love posted such a sterling effort. Two years ago, Love won the event at Sedgefield CC, becoming the third-oldest player to win a PGA Tour event, and oldest in the Champions Tour era.

“When I go to Hilton Head or The Players, Ponte Vedra or come here I get good feelings about it,” Love said. “Tend to play well at the same places over and over again. I like old, solid golf courses. This really suits me.”

It’s also not the first time Love has inserted his name on the leader board this season, standing in second after Day 1 of the Greenbrier Classic. He’s made the weekend in half his tour appearances this season, including four cuts in the past five tournaments.

Proving that, while a handful of young names are dominating the sport’s headlines, golf, at its heart, remains a game for all ages.