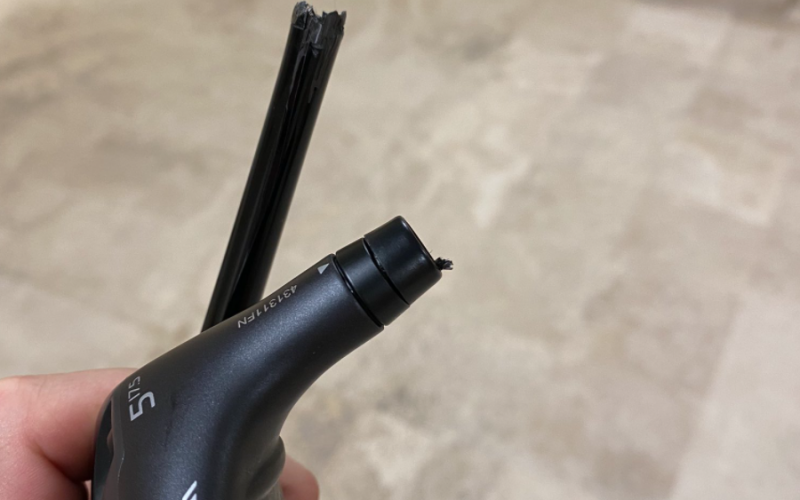 By Coleman Bentley
It’s a story as old as time … or at least air travel: Trust an airline with a precious personal belonging, only for it to end up in Honolulu in 12 pieces (you were going to Phoenix, by the way). We’ve all been there, we’ve all suffered through it, and on Monday morning it was Matthew Fitzpatrick’s turn, arriving at Delta baggage claim to find this sorry sight coming towards him.

Thanks for taking care of my clubs @Delta… pic.twitter.com/rVjvPT1tZz

In the immortal words of Pete Campbell: NOT GREAT, BOB! It’s one thing for an airline to misplace your bathing suit. Money doesn’t grow on trees. You liked the cute lobster print. We get it. But an airline guillotining a professional golfer’s 5-wood is another level of incompetence. Will Fitzpatrick get another one promptly and at no cost to himself? Probably, but these are tools of a professional trade, not sunscreen, and should probably be treated as such.

We loved Eddie Pepperell’s response too:
<

That bloody variant knows no bounds

Lee Westwood was on Fitzy’s side as well:

Been shafted there Fitzy!!!

Thankfully for Fitzpatrick, there’s a whole support group of airline-scorned pros waiting to console him. In 2017, United Airlines wrecked not one but three of Web.com player Mat Goggin’s clubs. That same year, Michael Buttacavoli had to withdraw from sectional qualifying for the U.S. Open after American Airlines lost his sticks, and Graeme McDowell nearly had to do the same after AirFrance misplaced his bag before a 2018 Open Championship qualifier.

See, Matt, it could be worse. When it comes to air travel, it can always be worse.