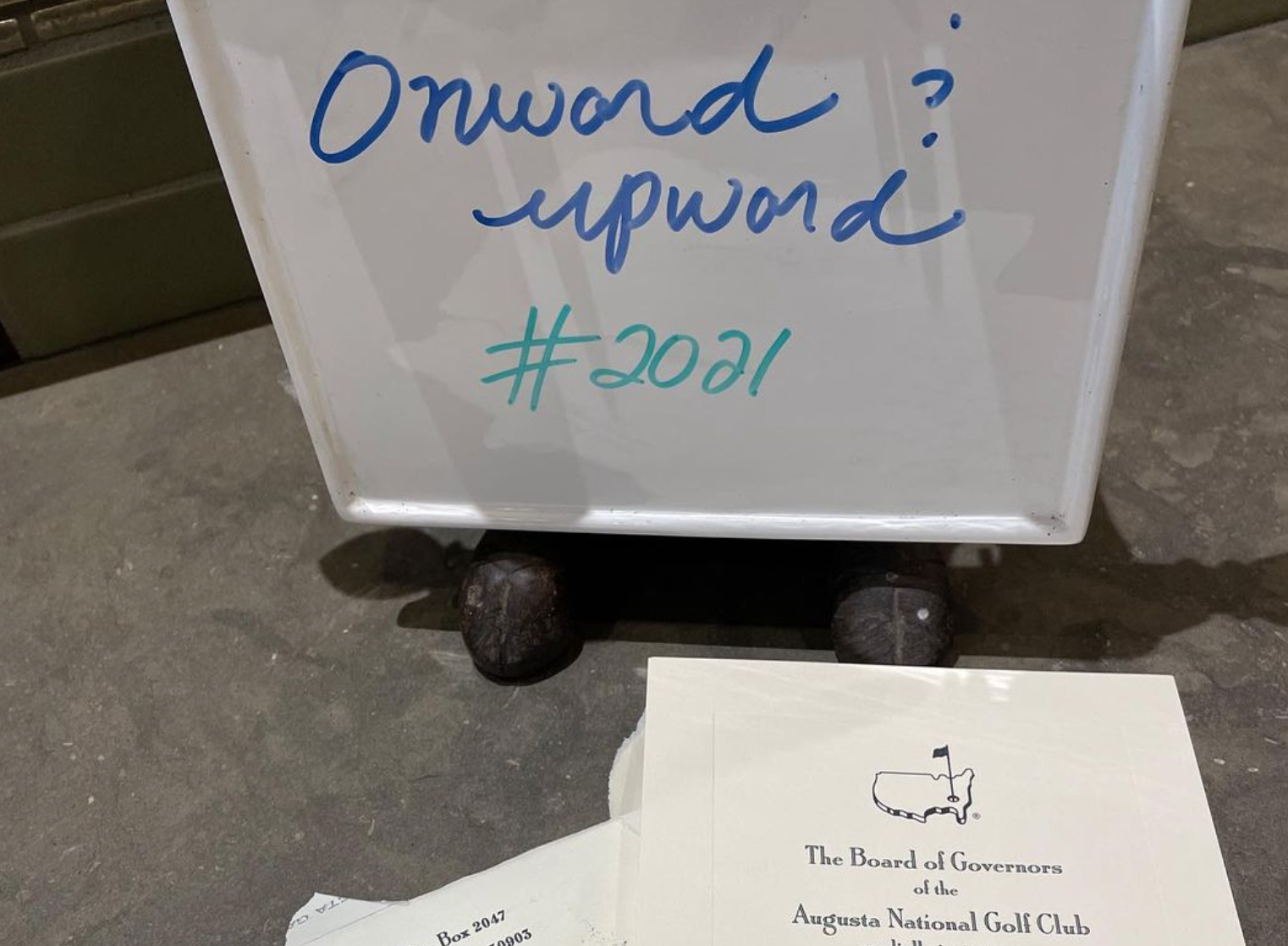 By Ryan Herrington
There are New Year’s proclamations touted on social media we all know are coming each January that are accompanied with a bit of a collective eye roll. Promising you’re going to get into better shape. Vowing to read more books. Pledging to lower your handicap by three strokes. But there is one traditional post that most golf fans can get behind:

Why is it that seeing well-heeled pro golfers receive a little white envelope in the mail seems to put a smile on OUR faces? We’re not entirely sure, but it does. (Our favourite part of the invitation is the “RSVP” request.)

So how many golfers should have gotten their own little white envelopes (provided the USPS doesn’t have it sitting in a bin in processing center in Kansas City)? As of the end of 2020, 84 players had qualified for the 2021 Masters, after the addition of those not already eligible who were ranked in the top 50 of the year-end World Ranking (and excluding past champions who are unlikely to compete).

There are still a few ways to earn an invitation between now and April. The winner of any of the 13 remaining full FedEx Cup points event on the PGA Tour not already qualified will get in. Additionally, anyone in the top 50 of the World Ranking a week before the April 8-11 tournament will also get an invitation. And, of course, Augusta National has the right to offer special invitations. (Ordinarily, the winner of the Latin America Amateur, traditionally held in January, would also get into the field, but that tournament has been postponed.)

With less than 100 days until the tournament is scheduled to begin, Masters officials still have a few difficult decisions to make between now and April, most notably whether to allow patrons to attend the tournament given the continued rise in cases of COVID-19 or to play the tournament without fans as was the case when the postponed 2020 Masters was held in November. Until then, we’ll just let those who got their white envelopes revel in the moment and dream of teeing it up in front of a gallery of some sort in four months.