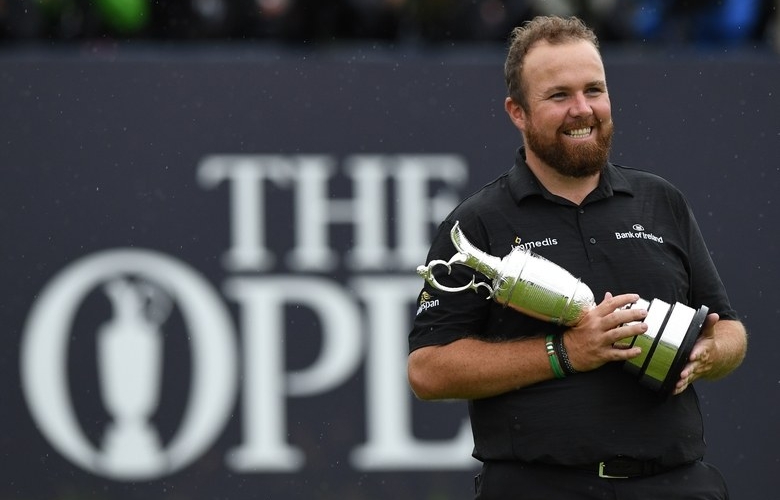 By E. Michael Johnson
Shane Lowry is this year’s Champion Golfer of the Year after capturing the 148th Open Championship. But how well do you know the 32-year-old first-time major winner (beyond the fact he has a cool beard and a fondness for pubs)? With Lowry now likely to garner more attention, it seems like a good time to further familiarize folks with the Irishman who won at Royal Portrush G.C.

He fired his caddie midway through last year’s Open Championship 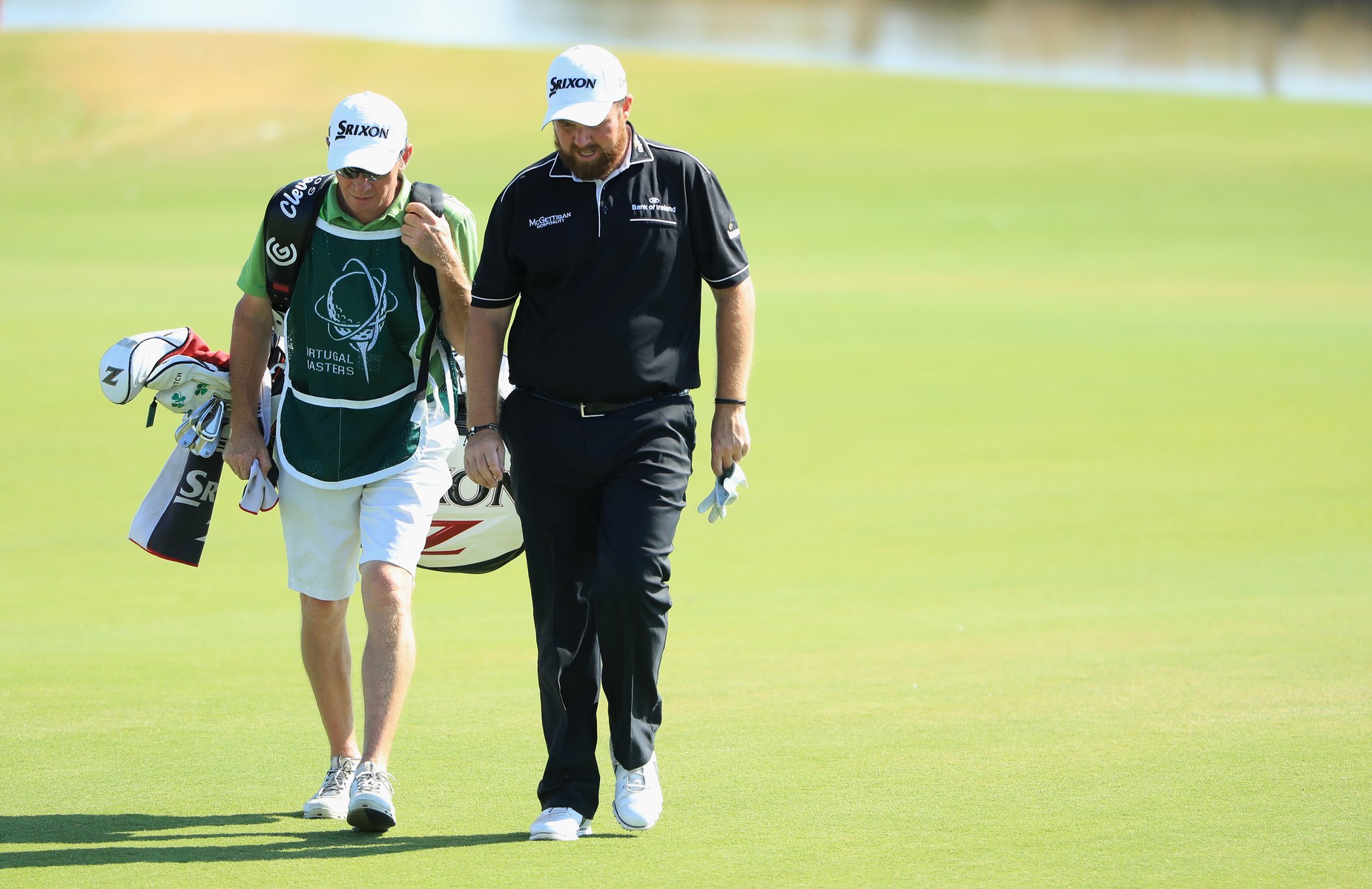 Frustrated by his poor form, Lowry dumped his bag man, Dermot Byrne, mid-tournament at Carnoustie. “It’s something that I felt I had to do, but I should have waited until after it was over,” Lowry said late last year. “I’ve never said it to him personally, but I’ve said it publicly: If I was to do it again, I would do it a little bit differently because Dermot is a very good friend of mine.”

He was a relatively late bloomer in golf
In an era when so many golfers are starting to play well before their teenage years, Lowry didn’t start playing until he was nearly 13 years old. He took to the game quickly, however, and was a 12-handicap after a year of playing and a single-digit player soon after. “I started to play when my dad bought me a pitching wedge and a putter,” he told Golf Digest. “We would play pitch-and-putt on 60-yard holes at a course in my hometown, and I loved it. That’s where my love of the short game started and probably why I was able to take to it so quickly.”

Portmarnock is his favourite golf course
Being an Irishman, Lowry naturally chose one of the country’s best as his favourite, telling Golf Digest in 2016 that Portmarnock Golf Club in Dublin is his top choice. “It’s the best,” he said. “It’s proper championship golf. It’s not the most visually appealing course, but it’s a proper test.” The course, which dates to 1894, hosted the first Irish Open in 1927.

His Shamrock ball marker is kept in a special place 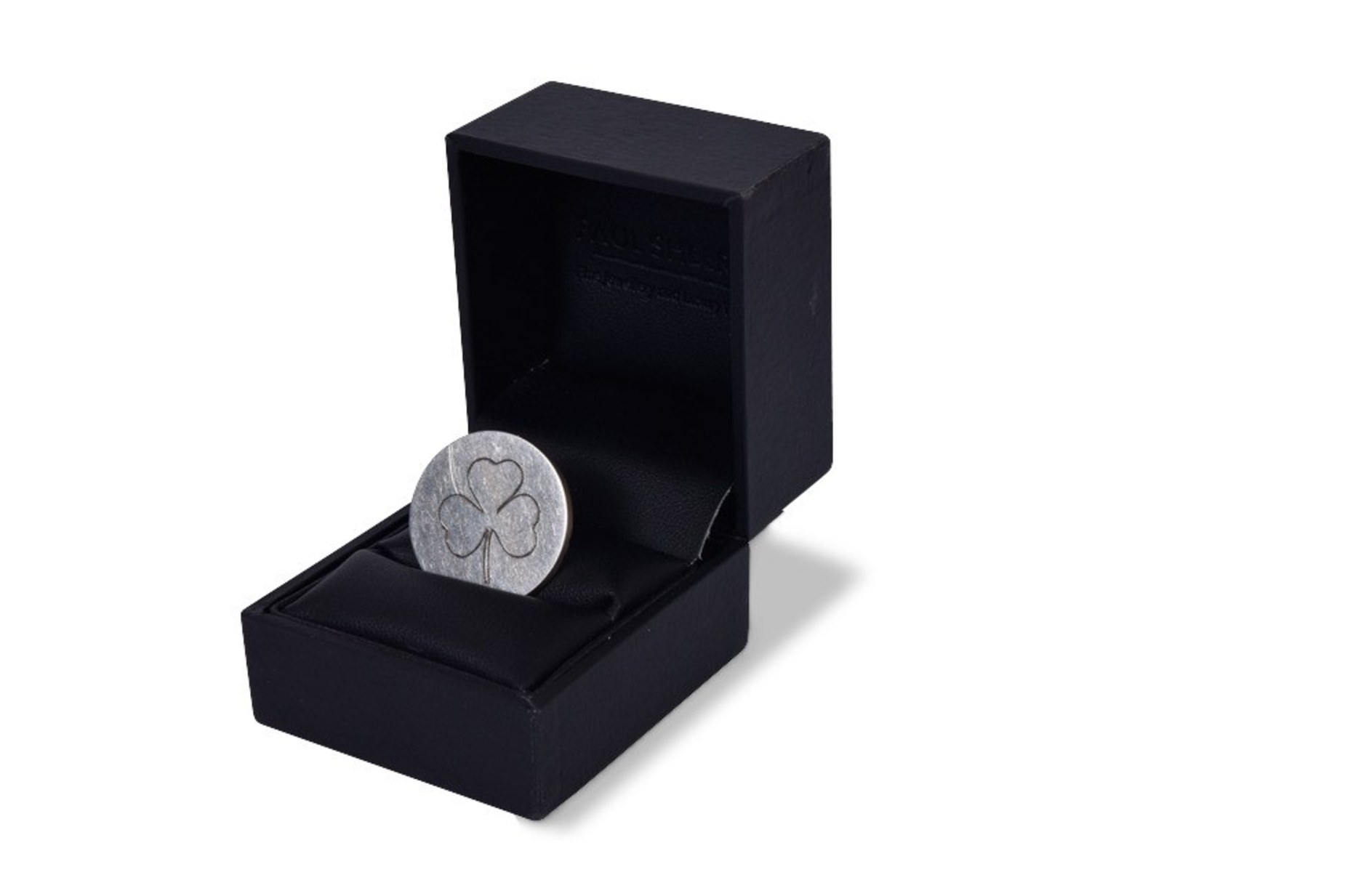 He often gets mistaken for another tour player
With his win at the Open Championship, Lowry is likely to become much more well known. That might stop the fair number of times he has been mistaken for Andrew (Beef) Johnston. “I don’t think his beard is a good as mine,” Lowry said of the more than occasional mix-up.

The beard was supposed to be a temporary thing 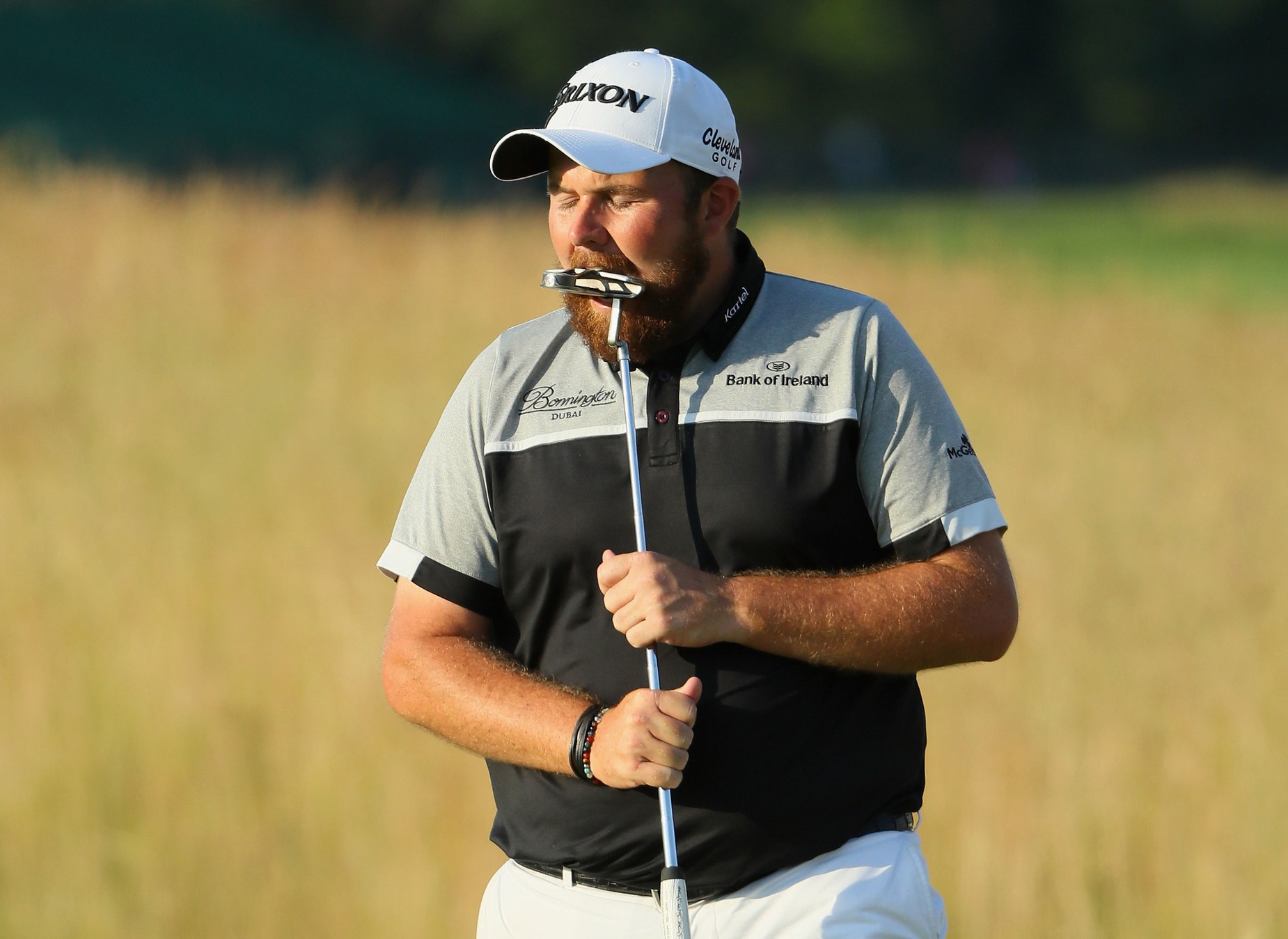 Lowry has had his beard for almost six years. “I played the World Cup in Melbourne in 2013 and decided to do the Movember thing, so I had the moustache,” Lowry told Golf Digest. “I was going on holiday after that and decided not to shave. I let it all blend in, and my girlfriend, Wendy, who is now my wife, said it really suited me, so that was it.”

He and his wife, Wendy, got married in New York City rather than Ireland After proposing to Wendy Honner (who is a nurse) in Dubai in 2014, the couple were married in New York City in 2016. Lowry told the Irish Independent: “The guest list [was spiralling] and I get stressed very easily, so we decided the big white wedding at home was not what we wanted.” The couple chose New York after having been there on vacation, and a photo of the two of them by a subway station has been an internet hit.

He enjoys the pressure of playing in major championships
Speaking about his experience playing in the final pairing at the U.S. Open at Oakmont Country Club in 2016 (where he lost a four-shot lead to Dustin Johnson), Lowry told Golf Digest, “There is something about me that likes the big stage. I like the tough golf course. I like the major championships and big tournaments. It’s where I feel my most comfortable, which is weird.”

He owns the course record at Esker Hills Golf Club
During his teenage years, Lowry spent much time practising and playing at Esker Hills, a Christy O’Connor Jr. design in Tullamore that Lowry still calls his home club. His scorecard from his course-record 65 (six under par) in 2005 when he was just 18 still hangs in the bar. “It was a privilege playing with him when he managed that,” Paul Rabbette, the men’s captain at Esker Hills, told the Irish Times.

He comes from a family with a strong sports background
Lowry’s prowess at golf is likely fueled by some good genes when it comes to sports. His father, Brendan, and two uncles—Mick and Sean—were Gaelic football stars, and his brother, Alan (an accountant by trade) is a fine golfer, finishing sixth in this year’s East of Ireland event. Alan also was on the bag for Lowry at several events in 2018. 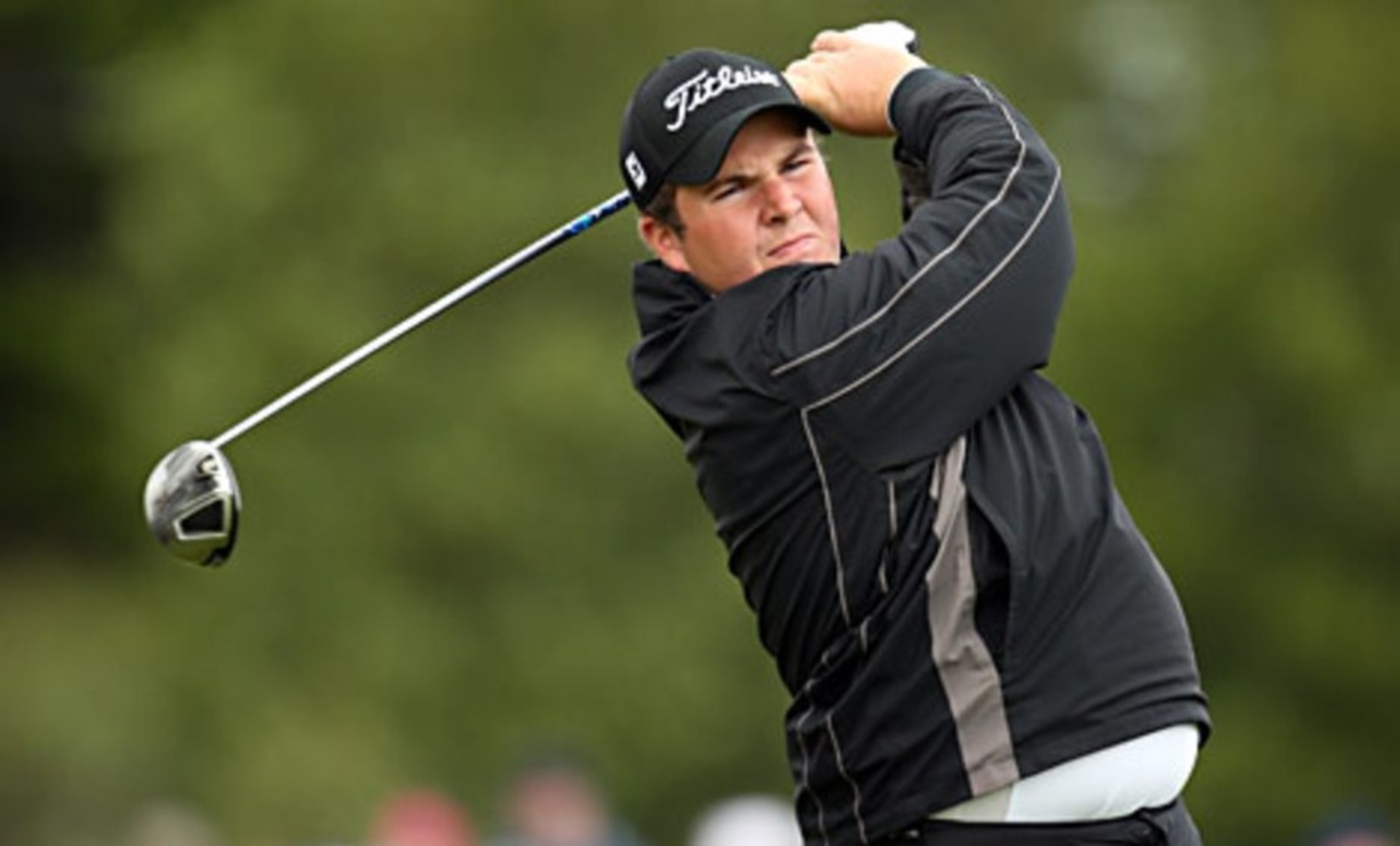 When Lowry won the 2009 Irish Open as an amateur, he did not collect a single cent in prize money, with the 500,000-pound prize going to Robert Rock, who finished second. Lowry’s mother, Bridget, however, placed a bet on him to win at 250-to-1 odds and collected the U.S. equivalent of nearly $17,000

There’s a photo at his parents house that is likely to be replaced
On a wall at his parents home are photos of their three children. Two are graduation photos of his brother, Alan, and sister, Sinead. The other is a photo of Shane holding the Irish Open trophy from his win in 2009. We have a hunch that one might be replaced by something from Royal Portrush.

He has never played in a Ryder Cup
Lowry has never played in a Ryder Cup, but his win in Abu Dhabi and now at the Open Championship all but assures he will be an automatic qualifier and a member of the European team at Whistling Straits in 2020. “I love playing the European Tour,” Lowry said after his win. “I’ll be back in September to start my quest of making the Ryder Cup team next year. That’s my focus [for] the next 12 months.”