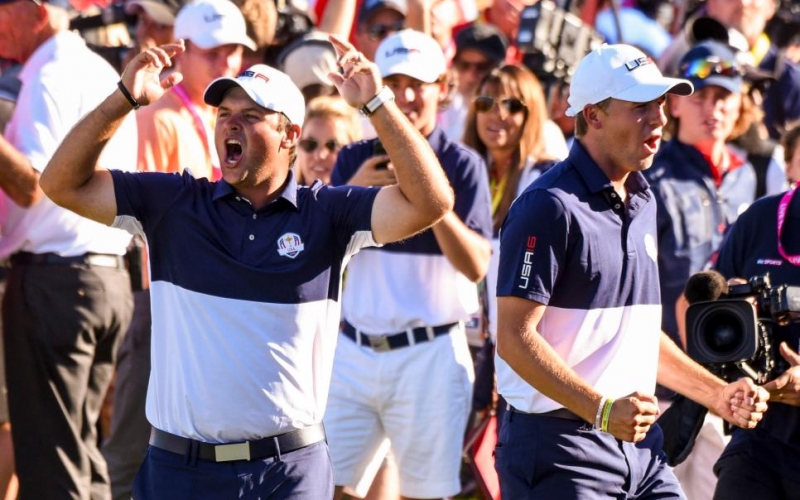 By Coleman Bentley
Palmer-Dickinson. Spieth-Reed. Fleetwood-Molinari. Ryder Cup history is dotted with dynamic duos who, through some combination of complementary skill, contrasting personality, and random happenstance, have lifted their respective teams to glory. But what goes into these magical matchups? What elevates a regular ol’ twosome to a chest-bumping, fist-pumping juggernaut? Well, a lot actually. Just ask seven of 10 experts, who agree nine of these 13 traits make for the perfect Ryder Cup pairing.

One hits a butter cut, the other a baby draw
Ideally one of you can hit it straight too.

One is a pressure driver, the other a pressure putter
Drive for show, putt … also for show.

Roughly the same pace of play
A steady eight mph over the speed limit, please. Your nation thanks you.

For the high fives, of course.

Significant others don’t hate each other
You won’t be able to dodge that double date forever.

One knows the chords to “Wonderwall,” the other knows the lyrics

Maybeeee, you’re going to be the one who saves meeee.

No past Twitter beef
You’d be surprised how hard this is to find.

Both have the same Starbucks order
Splash of oat milk, two Splenda. God help you if it’s Dunkin’.