The 11 most unusual things about Bryson DeChambeau 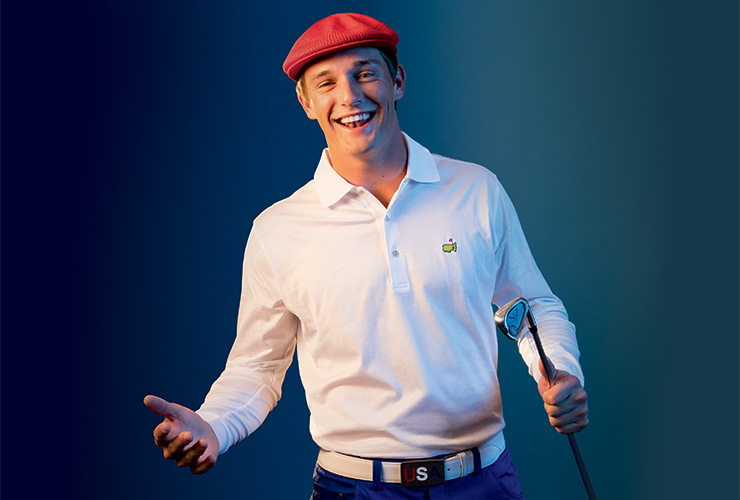 Ever since Bryson DeChambeau made his mark on the golf landscape in 2015 with his U.S. Amateur and NCAA titles, he has been one of the most intriguing figures in golf. And though he had struggled earlier this season, a final-round 65 capped by a birdie on the 72nd hole of the John Deere Classic gave the enigmatic 23-year-old his first PGA Tour victory.

What makes DeChambeau so interesting? Several things, actually. Let us count the ways.

1. Bryson developed his first set of single-length irons at 17. He and his long-time coach, Mike Schy, grinded down a bunch of shaft flexes and clubs to build his first set of irons. This year, Cobra, which signed DeChambeau to an endorsement deal after he turned pro following the 2016 Masters, released a consumer product, Cobra King One-Length irons, along with Bryson’s input.

2. And it’s not just the length of each iron shaft. Bryson’s clubs, which are 37½ inches long, the length of a standard 6-iron, are set at 72-degree lie angles that are 10 degrees more upright than standard. To achieve a consistent swingweight, all the heads weigh 278 grams.

3. The Hogan cap also dates back to his teenage days. DeChambeau says he saw the cap in a pro shop when he was 13 years old and decided to pick one up, and it has become his signature look ever since. 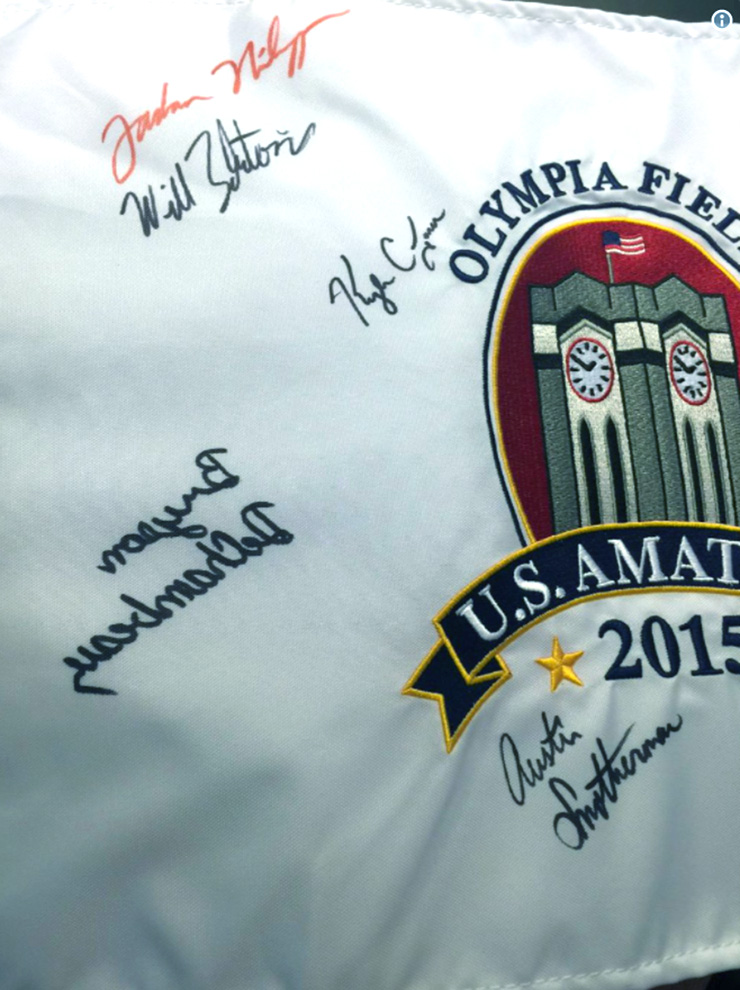 This flag, captured by a fan at the 2015 U.S. Amateur, shows DeChambeau’s backward left-handed autograph.

4. His autograph is the most unusual on tour. Though he’s right-handed, Bryson can sign his autograph backward with his left hand. He spent hours perfecting his handwriting left-handed. “If I wanted to learn Arabic or Russian, I could. Or tie my shoes in a new way, I could. Why? Dedication,” he told our Jaime Diaz in 2016. “I’m not really smart, but I’m dedicated. I can be good at anything if I love it and dedicate myself. And I love history. I love science. I love music. I love golf. I love learning. I love life. I love trying to be the best at anything and everything.”

5. In high school, he rewrote his physics textbook. DeChambeau borrowed the textbook from the library and wrote down everything from the 180-page book into a three-ring binder. He explains: “My parents could have bought one for me, but they had done so much for me in golf that I didn’t want to bother them in asking for a $200 book. … By writing it down myself I was able to understand things on a whole comprehensive level.”

6. At age 6, his math skills were off the charts. A young Bryson was a master of mental math and even had an understanding of algebra. Yes, algebra. 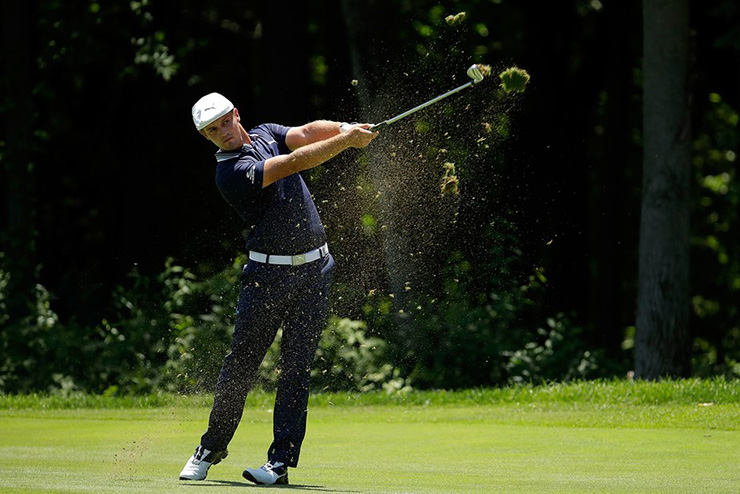 7. At 15, DeChambeau was given The Golfing Machine by Homer Kelley by his instructor Mike Schy. “After a couple of years of guidance from Mike, we came up with a single-plane swing from The Golfing Machine that’s called a ‘zero shifting motion’ more technically,” DeChambeau told Golf World’s Curt Sampson in 2015. “I picked a certain specific set of variations for my components and made my golf swing what it is today.” 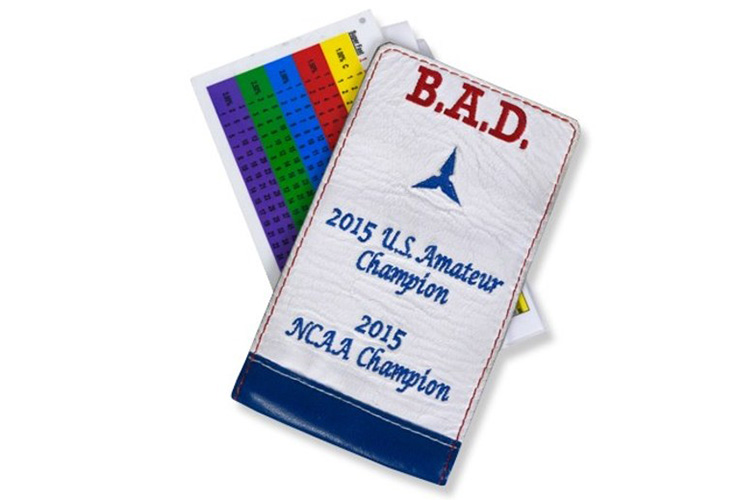 8. And he uses a system of putting called vector putting. If you see him and his caddie checking out his yardage book before he hits a putt, he’s using his method to compute the break and read the green. 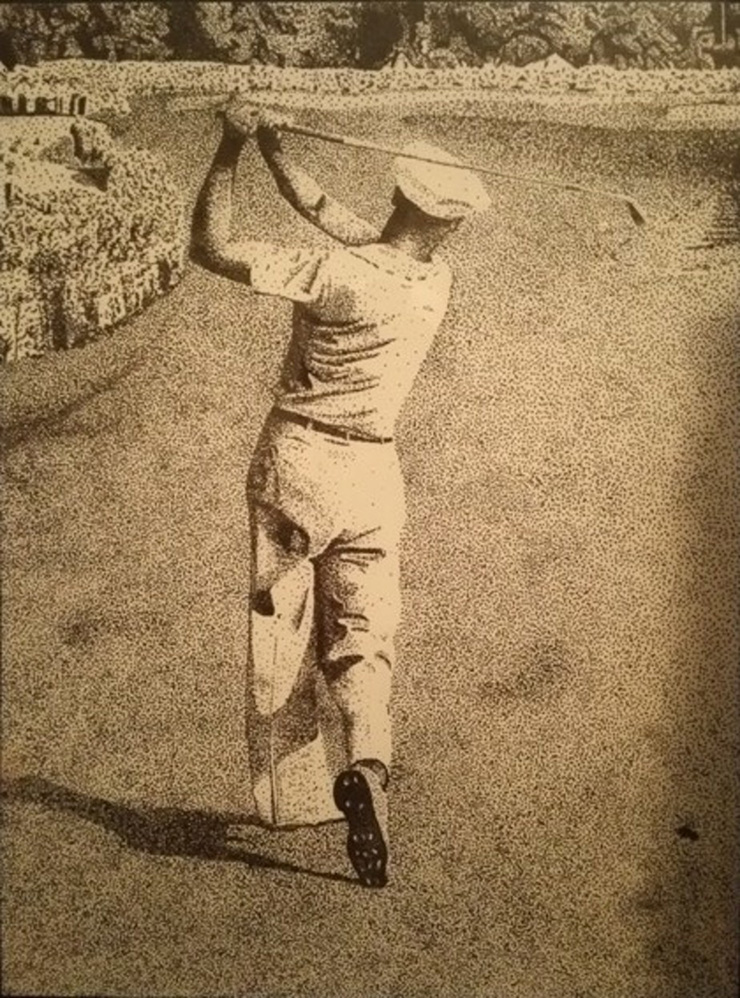 9. He has mastered an art technique called stippling. “I’ve gotten into stippling drawing, which is done with many dots making figures.” The Hogan painting seen here is hanging up in his parents house in Clovis, Calif. 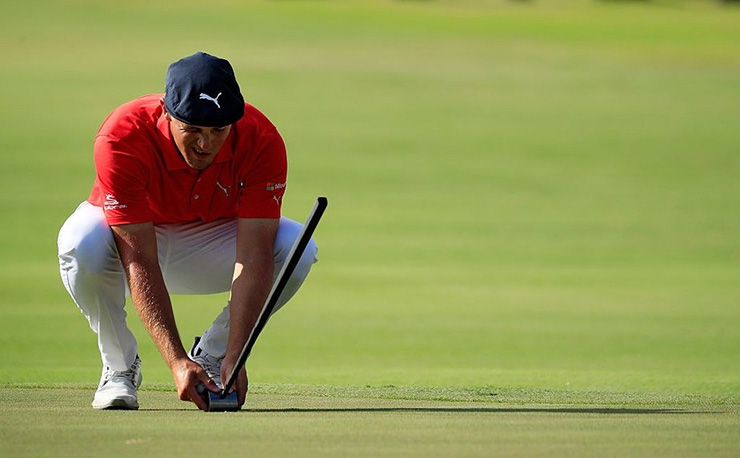 10. At the start of the year, DeChambeau putted side-saddle. And the 23-year-old ran into some trouble with the USGA after they ruled one of his side-saddle putters non-conforming: “They’re not a good organization, and you can quote me on that. I’m part of their family and as family it’s very frustrating to see them stunt the growth of the game.” He later apologized. 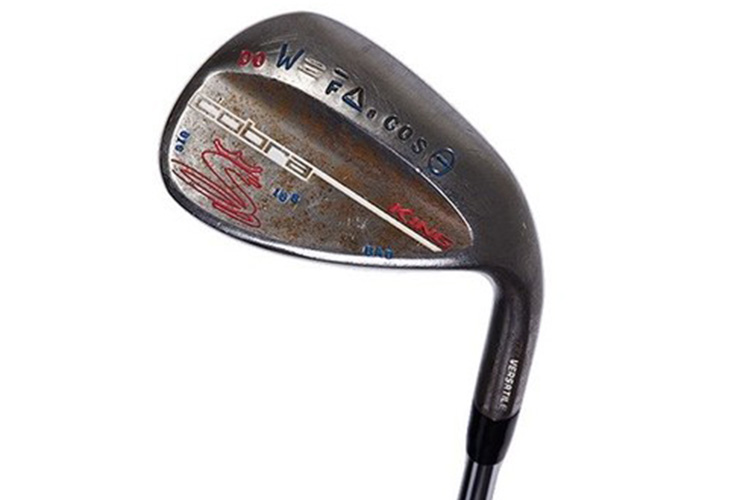 11. His wedges have physics formulas stamped on them. Cobra knows its audience.