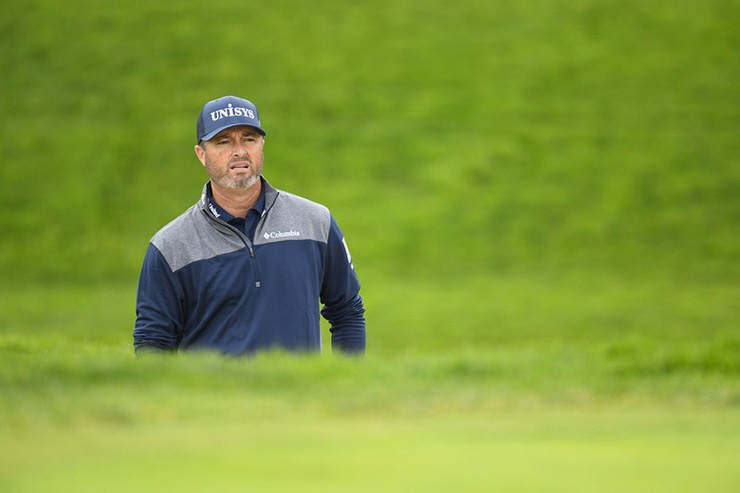 By Stephen Hennessey
The green surrounds and putting surfaces at Riviera are known for confounding tour pros each year at the Genesis Invitational. Perhaps nobody has quite suffered the fate of Ryan Palmer and his adventure in a greenside bunker at Riviera Country Club on Saturday.

Palmer found the front left bunker at Riviera’s par-3 14th hole on Saturday, and boy, it seemed like he might never escape it. Take a look at the cringe-worthy Shotlink sequence on Palmer’s scorecard, which would lead to an eventual nine on the one-shotter. 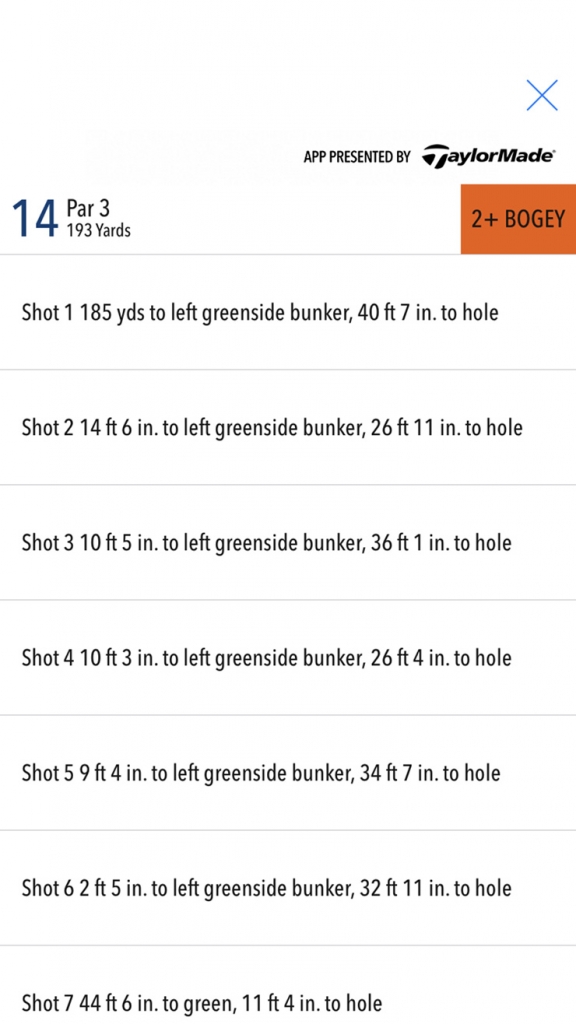 Thankfully for the Texan, the PGA Tour did not share video of the nightmare sequence. The evidence is in the scorecard … and goodness, that’ll scar the best of players. We’re told from folks who were at Riviera and witnessed the scene that one of Palmer’s attempts even sat up at the top of the bunker sand, right next to the lip, giving him little chance to get out. Brutal.

If there’s any silver lining for Palmer after his round, he instantly became more relatable to any casual fan who will read about his six hacks from the sand. Every golfer has been Palmer, failing after multiple attempts to escape the sand. For most of us, after too many attempts, we’ll just pick up, take a hand wedge and move onto the next hole. Obviously, in a competition, that’s not an option … unless you want to withdraw.

Palmer stuck it out, made his nine, and plummeted down the leader board. But again, we’ll respect him for staying composed and finishing his round Saturday at Riviera. Keep the chin up, Ryan.