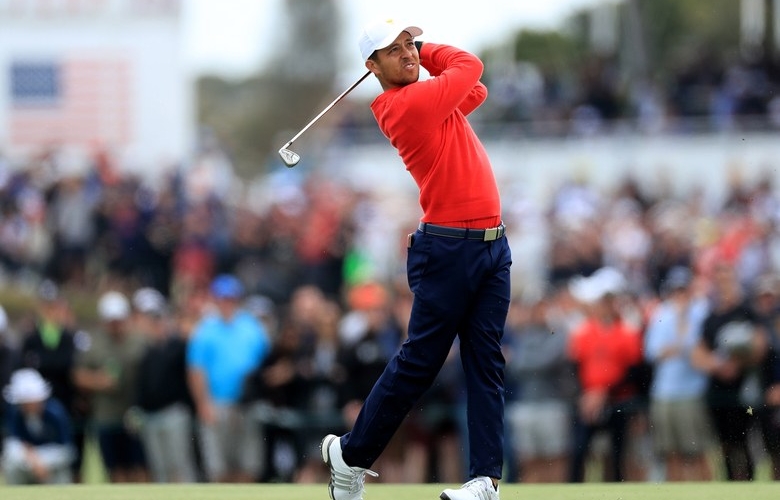 David Cannon
Xander Schauffele plays his second shot on the 17th hole in his Sunday singles match against Adam Scott. Schuaffele won the match and went 3-2 as a rookie while helping the U.S. win the Presidents Cup once again.

By Shane Ryan
MELBOURNE — For good reason, Tiger Woods has commanded most of the attention on the American Presidents Cup team. He was the victorious captain and the only player on either side without a loss, and if you were a media member who wasn’t talking about him this week, you were probably talking about Patrick Reed or Justin Thomas.

But there was somebody else who deserves to have his name echo in the praise circles now that the United States has emerged with a 16-14 victory, and that person is rookie Xander Schauffele. Together with Patrick Cantlay, Schauffele had a 2-2 record in the pairs matches. That’s average by definition until you consider that he took down the superlative Sungjae Im (partnered by Cameron Smith) in Saturday afternoon foursomes when the U.S. needed a surge to get close enough for a shot in Sunday singles. That match had to be a win, and the rookies delivered.

But it was on Sunday that Schauffele distinguished himself as one of the match’s heroes, with a 2-and-1 victory against Australia’s Adam Scott that goes down as a practical and symbolic triumph. Practical because the match was so close. Any victory, turned around, would have meant a tied Presidents Cup, and Schauffele had to finish his match under intense late-afternoon pressure after Scott made an improbable run at survival. And symbolic because taking down the star and elder statesman of the International team, in his home country in front of his home fans, is worth more than just a single point. It was a signal to the Americans that they had nothing to fear, even from Scott, and a call to arms for the big finish. 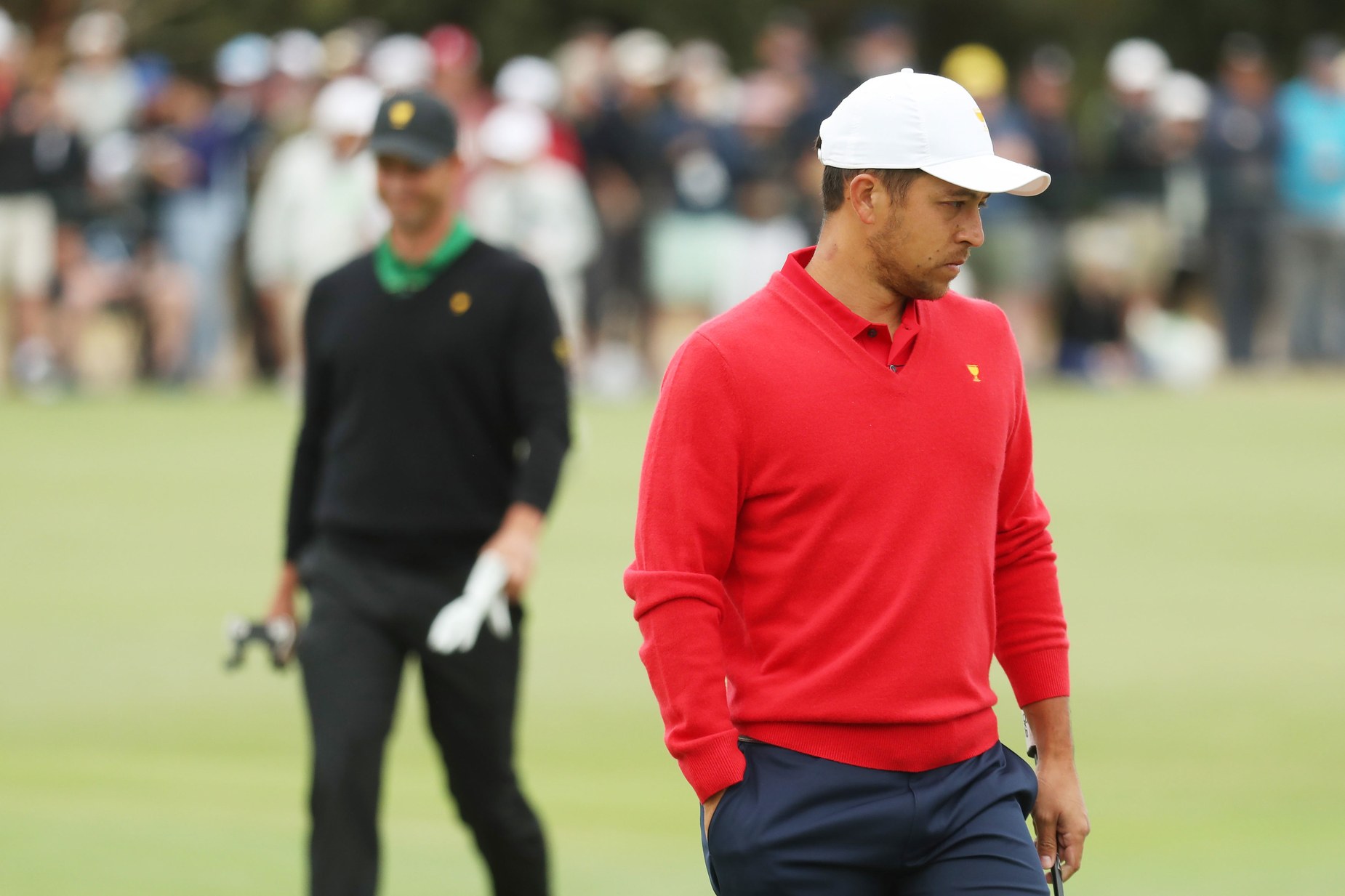 Rob Carr
Schauffele and Scott walk on the first hole during their Sunday singles matches.

“Xander going to play Australia’s … one of their top players in the last 20 years,” Couples said. “To beat Adam Scott, on really a course that he plays very well, was really a huge point.”

Schauffele finished the week 3-2, behind only Justin Thomas in points and tied with Tiger and Cantlay for second. Schauffele was asked only one question in post-vicotry press conference, and his answer was sabotaged by Gary Woodland subtly lowering his seat. But judging by Couples’ comments and a later tip of the cap from Woodland, everyone on the team knows what Schauffele accomplished. One of those who witnessed his ability to excel under team pressure is Steve Stricker, the man who will captain the next U.S. Ryder Cup team. Along with helping to deliver his country a dramatic victory in Australia, Xander might have done himself a good turn for future Cups.