With wedge wizardry, Hatton and McIlroy roar into contention in Dubai 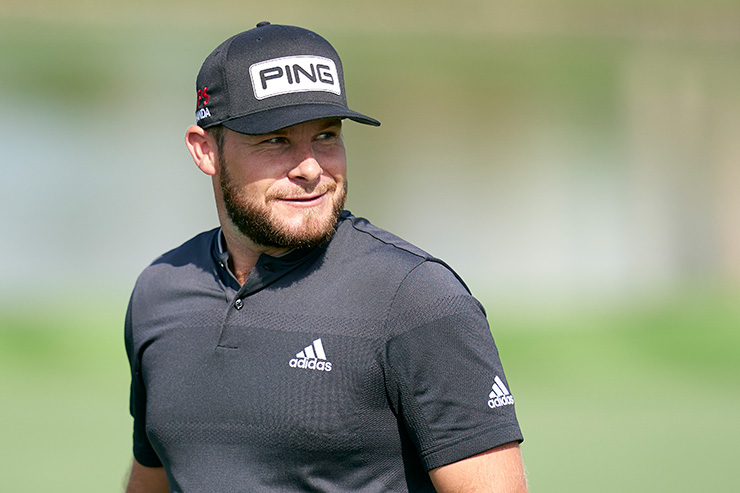 By Kent Gray
Tyrrell Hatton’s trademark short-game was a highlights reel in its own right on Friday, so trusty it seems likely to keep the Englishman in the conversation all the way to Sunday evening at the 33rd Slync.io Dubai Desert Classic. Rory McIlroy had his moments with the wedge as well but knows a little more co-operation from his putter is what is really required for a shot at a third Dallah trophy.

The Ryder Cup team-mates both signed for rounds of 66, Hatton to move into solo second two shots behind halfway leader Justin Harding while McIlroy is a further two strokes adrift of the South African pacesetter.

Hatton bogeyed the 1st but then went on a run of four successive birdies, triggered by a delightful flop-shot from a deep, short-sided lie on the 2nd. He also skipped a pitch shot into the cup for a birdie on the 14th.

“I was actually thinking about duffing it into the bunker while I was over the ball,” Hatton admitted of the hole-out. “To end up getting a good strike on it…obviously we were fortunate with it going in. It was an interesting pin position, so probably would have gone the least 10, 15 feet past, so we probably saved a couple of shots there but need a little bit of luck sometimes.”

If it wasn’t his wedge, it was the flat stick helping Hatton maintain momentum.

“The course has been pretty good to me over the years and played pretty well last week [T6 in Abu Dhabi]. Game feels like it’s in a pretty good spot, so we’ll see how we go.”

McIlroy chipped in for an eagle on the 13th and added two birdies either side of that hole-out highlight. But the Northern Irishman left plenty of shots out there on the tricky greens.

“Could have been way lower,” said the 2009 and 2015 champion. “I certainly hit the ball well enough for it to be lower. I missed a few opportunities, but with the way these new greens are, they get a bit chewed up in the afternoons and start to wiggle a little bit if there’s not a lot of speed on them. But they are pretty quick as well and you don’t want to be giving them too much of a run at the hole.

“So yeah, I certainly hit the ball as good as I’ve done in a long time, and it could have been a few better but 66 this afternoon is a good score and sets me up for a nice weekend.”

Ready the Rors for a record-equalling third Dallah?