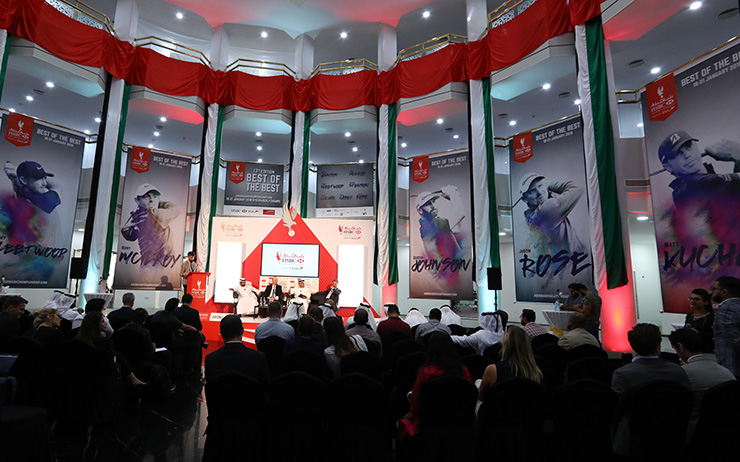 The big names for the 13th edition of the Abu Dhabi HSBC Championship have been unveiled which means if you haven’t already completed our 2017 Reader Survey, you absolutely should today.

All completed entries received before next Thursday will go in the draw to win a spot in the Pro-Am ahead of the $3 million European Tour event as well as a hospitality pass for two people to the Sunday of the January 18-21 tournament.

It means you could very well tee it up with the likes of world No.1 Dustin Johnson, defending champion and newly crowned Race to Dubai winner Tommy Fleetwood and former European No.1s Rory McIlroy, Henrik Stenson and Justin Rose. In the worst case, you’ll have a front-row seat to witness the big names as well as  return of two-time Falcon Trophy winner Paul Casey and the Middle East debut of Johnson’s U.S. Ryder Cup team-mate Matt Kuchar.

The latest winners in our 100k Reader Survey giveaway are (each win a complimentary fourball at the club mentioned in brackets):

There’s still oodles of great prizes to be won – including Pro-Am spots and hospitality passes to the Omega Dubai Desert and Dubai Ladies Classics, fourball vouchers to leading UAE courses and a 10k AED Callaway voucher – so be sure to enter today. We’ll be announcing winners every Thursday.

Entries close December 31, 2017 but enter today to increase your chances of winning.