Why the Brooks-Bryson pairing NOT happening is for the best 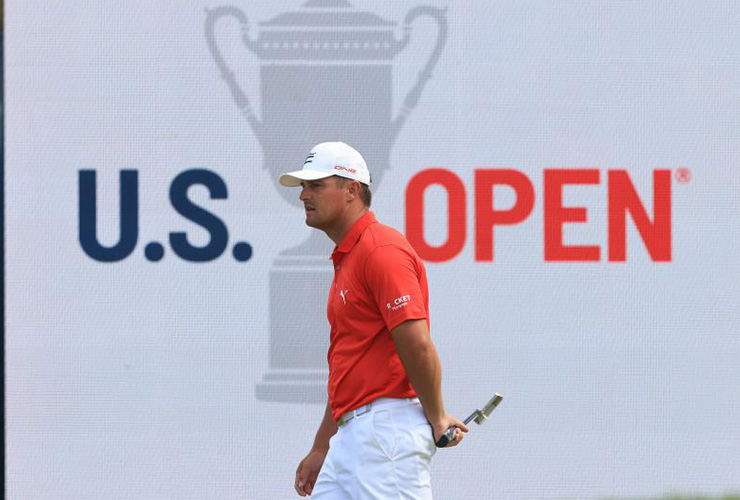 By Joel Beall
SAN DIEGO — Monday’s coastal fog was gone but the air remained heavy Tuesday, filled with the sighs of a sport aggrieved. Oh how we wanted it. We don’t ask for much. Just give us this. The USGA may have tried to deliver it, too, if certain folks are to be believed. But there will be no early pairing of Brooks Koepka and Bryson DeChambeau, and that, in the parlance of the nearby La Jolla Shore Beach surfers, is a bummer.

A bummer in the moment, at least. But it is for the best. The truth is we know not the consequences of our desires.

We promise, this is not a life-gives-you-lemons, make-lemonade spin. This is recognising our want—to see the boiling feud between Bryson and Brooks spill out on, and possibly over, the Pacific cliffs of Torrey Pines Thursday and Friday—was myopic. You do not put the heavyweight championship on the undercard. Billy Joel does not open with “Piano Man.” The superhero faces the villain at the end of the movie. (We have no idea which golfer fills which role in that scenario.)

We were blinded by instant gratification. We were willing to trade in two years of buildup and animosity and theatre for 36 holes that would have ended this little production.

There would have been intrigue regarding the prospect of an initial handshake. Reporters would have noted a tense and unfriendly atmosphere. Maybe the cameras catch an eye-roll or two and Brooks makes a snarky tweet afterwards. But, more than likely, it would have went on without controversy, cooling the bickering between the beefy men. Any doubters need to look at the last “feud” that rolled through Torrey Pines, when Jordan Spieth and Patrick Reed were paired together during the third round of the 2019 Farmers Insurance Open. It was the former dynamic duo’s first pairing since Reed threw Spieth under the bus following the 2018 Ryder Cup, and for all the hype surrounding the matchup it was defused before it began thanks to a hug and hasn’t been discussed since.

Part of that pacification can be chalked up to the one-sided nature of the Spieth-Reed spat. Part of it was because there wasn’t much on the line, the pair nine strokes back of the Farmers lead. It didn’t matter, which would have largely been the case with Brooks and Bryson in Rounds 1 and 2. Because on Thursdays and Fridays, even at major championships, players are just one of 156. Their foes are not each other but the course. These days can be memorable but they are mostly fleeting. The main goal of Thursday and Friday is to make it to Saturday and have a chance on Sunday. It’s a simple concept and one without flare.

Sundays are a different equation. Every shot, every decision and every misstep matters. It is where legacies are built, crumbled, complicated. A player battles not just the course but those near him on the board. This is where the fireworks happen, their brightness forever burned into our memories.

Brooks and Bryson are sitting on a mountain of explosives, but a Thursday and Friday pairing would have transformed that pile into Roman candles and sparklers.

It’s a pile that added another layer Tuesday morning. Former PGA Tour pro Brad Faxon said DeChambeau balked at an opportunity to be paired with Koepka. DeChambeau’s agent, the USGA and Koepka himself denied Faxon’s comments, and Faxon’s takes have been proven wrong in the very recent past. Unfortunately for DeChambeau, perception is not always parallel with the truth, and he now has to face the perception that he’s ducking Koepka, which he was already trying to combat Tuesday afternoon.

“I would be OK with that,” DeChambeau said about the Koepka pairing, “but there was never really anything that went through me.” 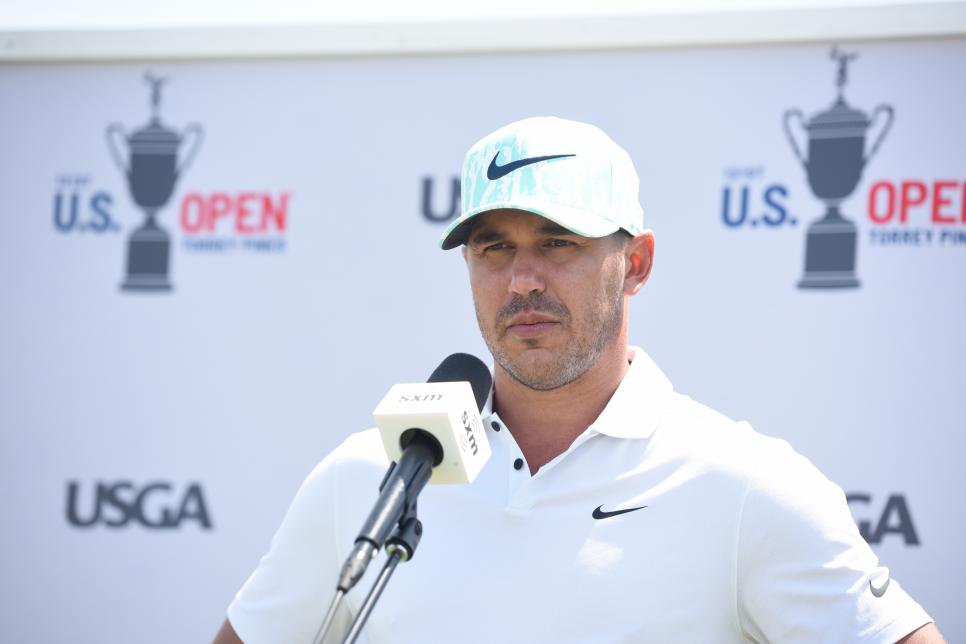 It would be easy to dismiss that as DeChambeau trying to reframe the narrative, especially since he’s mostly been on the business end of it and has tried to call a truce. Make no mistake, there was a bit of that at play when the reigning U.S. Open champ was asked if he feels the feud is crossing the line. “Shoot, to be honest, people saying Brooksy’s name out there, I love it,” DeChambeau said. “I think it’s hilarious.” We’re not sure the fans tossed from the gallery at the Memorial and the PGA at Bryson’s behest share that perspective.

Still, DeChambeau did not shy away from how this squabble has resonated beyond the game, and asserted he’s enjoying it as well. “I personally love it. I think that, as time goes on, I hope on the weekend we can play against each other and compete,” DeChambeau said. “I think it would be fun and would be great for the game.”

See, DeChambeau gets it. Before this thing can truly fly it has to stay in the cocoon for a couple more days.

The odds of this happening organically this weekend are slim. But this is a major championship, one of those special tournaments where the ridiculous is routine. The letdown is real right now, but who knows what the Pacific fog will ultimately bring. For posterity, there was a hint, or more appropriately, a sign, of what that could be.

Paces from where DeChambeau stood Tuesday afternoon was a grounds crew installing a cable to the driving range. One of the crew members was wearing a Carl Spackler hat. And it brought to mind this wisdom from the Dalai Lama, which—while not as poetic as “Gunga galunga … gunga, gunga-lagunga”—feels very apropos:

“Remember that sometimes not getting what you want is a wonderful stroke of luck.”