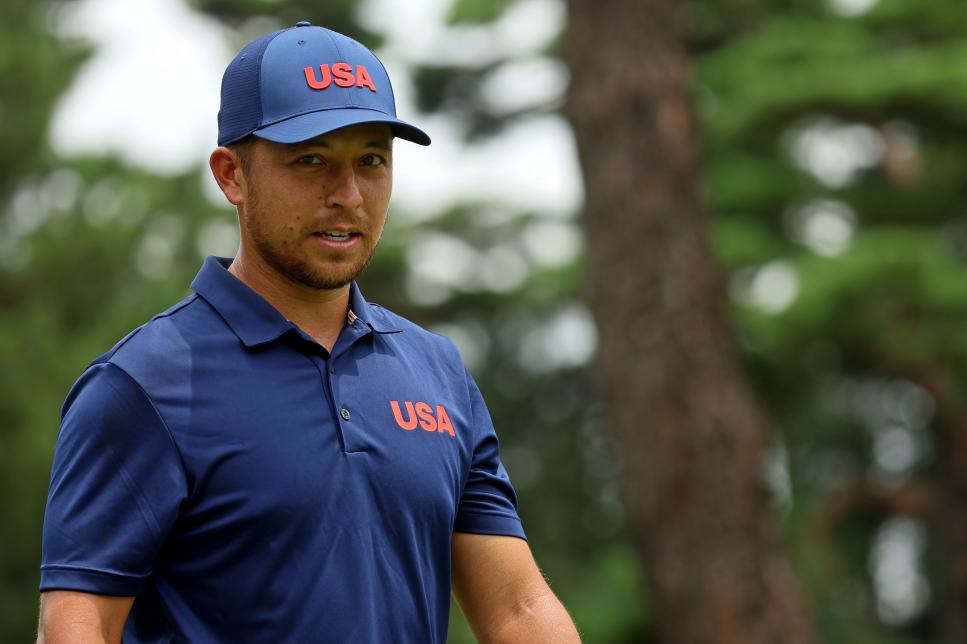 By Christopher Powers
Due to the COVID-19 restrictions in Japan, Xander Schauffele’s mother was unable to make the trip to watch her son compete in the Olympics this week. The same goes for Schauffele’s wife, whom he married earlier this month. Schauffele’s grandparents, who live in Tokyo, are also not allowed to come on the grounds at Kasumigaseki Golf Club.

But Schauffele will not be completely without family in Tokyo. His father and swing coach, Stefan Schauffele, is among the small entourage of people each player was allowed to bring to the games. In making the trip, Stefan has had to follow a strict list of COVID protocols that have been no small undertaking.

Even so, Stefan, who rarely misses a chance to be by his son’s side, was never going to miss this one. Forty years ago, Stefan was an aspiring Olympian himself, a decathlete on the German national team to be specific.

“He wants to always make sure this is written correctly he was a decathlete hopeful,” Xander said on Tuesday in Japan.

Unfortunately, on his way to Olympic training, Stefan’s car was struck by a drunk driver, causing a multitude of injuries that included the loss of sight in his left eye. His Olympics chances dashed, a depressed Stefan turned to alcohol to cope with the pain.

“He was supposed to make the team, but who knows,” Xander said. “He obviously didn’t, but we can joke about that now, so far removed from the accident.”

A little more than four decades later, Stefan is at the Olympic Games watching and helping his son go for gold, which has to be very special for him. Xander says his father’s focus is only on his golf, though.

“I think I haven’t really talked a lot about him since we came here. He is my swing coach and he’s a goofy guy when he’s on grounds, and we like to have a good time,” he said.

“I really do think if there was an Opening Ceremony that he could have been a part of and walked, I think maybe he would have gotten emotional, just because it was a dream of his for so long. He put all his eggs in one basket for such a long time and it got taken away from him and he’s learned how to deal with that situation.”

A subdued Opening Ceremony at these games made it impossible for Xander and his father to have that experience together. Perhaps 2024 in Paris will be different.

“For him as special as if he was at the Opening Ceremony or on the track at a track and field, I think maybe, maybe if we went there if we were able to go there … hopefully I can qualify for another Olympics so he can experience that and I think that would mean a lot to him.”