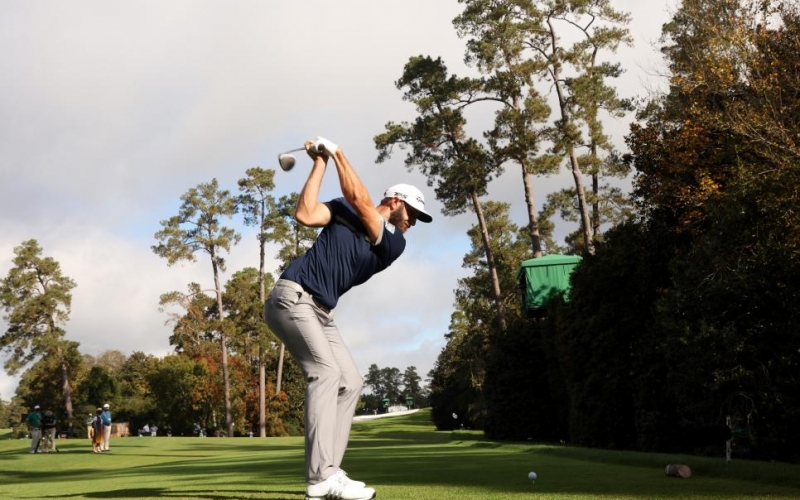 By Alex Myers
Dustin Johnson finished his 2020 campaign—no offence to the RSM or Mayakoba Classics, but we’re guessing the green jacket tour won’t go through there—by finishing in the top two in six of his last seven tournaments. The final one of those, of course, being a Masters win in which he broke or tied nine different records.

In addition, Johnson is the reigning PGA Tour Player of the Year and FedEx Cup champion. So not only is he the current World No. 1, but he’s an undisputed one at that. Still, there’s one stat that shows just how good of a year he had that you probably haven’t seen yet. Not that you needed any more evidence.

As longtime golf writer Scott Michaux notes, only 18 players made the cut in all three majors this year (the fourth, the Open Championship was cancelled due to COVID-19). And not surprisingly, DJ led the way in cumulative scoring for those three events.

Johnson finished at 26 under total, which is even more impressive when you consider he was five over at Winged Foot for the U.S. Open. That week’s winner, Bryson DeChambeau, is second on this list at 18 under.

Those two are followed by Xander Schauffele (11 under), Patrick Reed (nine under), and Rory McIlroy, Jon Rahm, and Justin Thomas all at seven under.

Johnson was also the only golfer to finish in the top 10 in all three majors. In addition to his Masters win, he finished T-2 at the PGA Championship and T-6 at the U.S. Open.

For a player who now possesses a green jacket, this is just a (small) feather in the cap. But it’s yet another reminder of who the man to beat is going into 2021.