Who is Hannah Green and how is she still leading the KPMG Women’s PGA Championship? 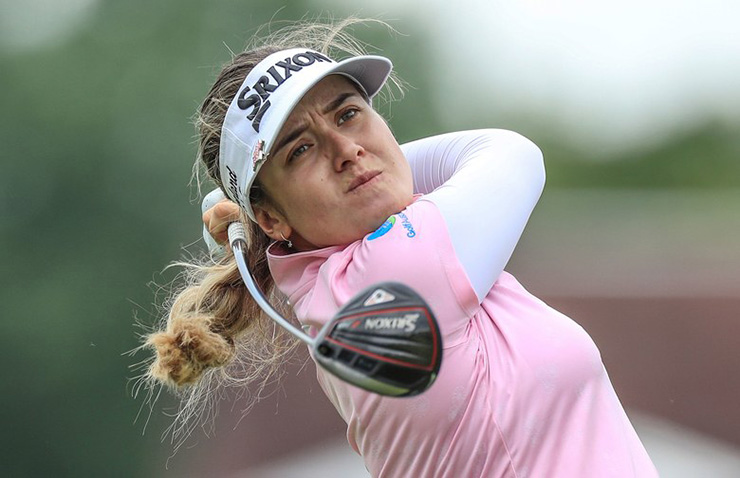 Hannah Green plays her tee shot on the par-4 ninth hole during the third round of the 2019 Women’s PGA Championship at Hazeltine National Golf Club. (David Cannon/Getty Images)

By Keely Levins
On Saturday night, Hannah Green, a relative unknown from Australia, was leading the KPMG Women’s PGA Championship at Hazeltine National, same as the Wikipedia-less LPGA pro had been after the first and second rounds. You might be asking, why didn’t we write a piece explaining who exactly is the 22-year-old days ago? Well, honestly, few necessarily expected her to remain in this position, one stroke ahead of former LPGA player of the year Ariya Jutanugarn and three strokes up on Lizette Salas and Nelly Korda. Players who have never contended in a major championship sometimes pop up into the lead, but they don’t usually stay there.

Hannah Green has proven that she is not such a story.

The way that she has handled herself during the opening three rounds, you’d have thought she’d been here before. She missed just one green on her way to a two-under 70 on Saturday to get to nine under for the championship. Since she hasn’t actually been here—specifically, holding the 54-hole lead of a major—before, and as such has stayed out of the LPGA spotlight, we’ll share a bit of what we know.

Green grew up in Perth, and like every young Australian player, calls Karrie Webb her idol. In 2015, Green attended the U.S. Women’s Open at Lancaster Country Club as a recipient of Webb’s scholarship. Each year, Webb brings the two top amateur players from Australia with her to a tournament to give the young players a look at what the LPGA Tour is like.

“That was my first time seeing Karrie play in-person,” Green said of the 2015 journey. “I had seen her play on TV multiple times. You never see what the shots are like in-person, especially that week there was a lot of long holes, just seeing her, how well—how good she hits it. I think that’s what she was pretty much known for in her career. Just how you see that in-person and for her to be in contention in the U.S. Open, that was even more amazing to see all the crowds and see how she handles herself.”

That experience has come full circle, as Green is staying in a house this week with Webb and the two current scholarship winners.

The methodical, composed manner that Green walks around the course with is the same way she handles herself in the press room. Though she has experience winning on the Symetra Tour (three wins in 2017, earning rookie-of-the-year honours), she’s never won an LPGA event and never led a major (her best finish this season is a T-10 at the ISPS Handa Women’s Australian Open).

Green talks humbly about how she feels like she’s gotten some lucky breaks this week, but exudes steady confidence and self-aware humour. Even when she came into the press room after her third round, her lead down from three, she was the same as she’d been all week. 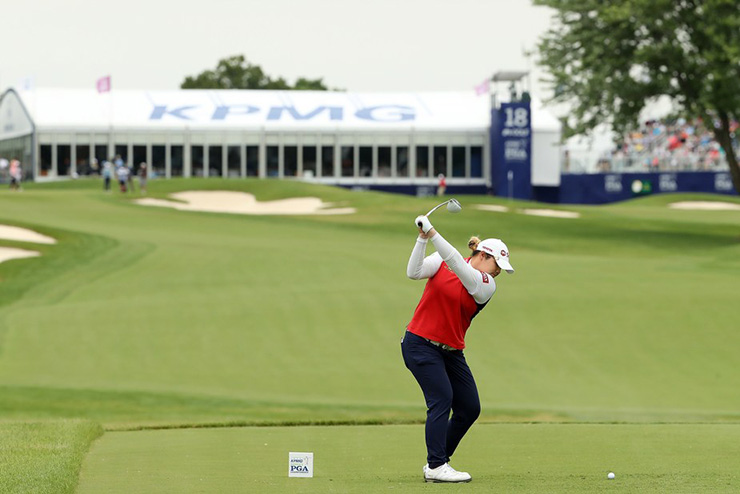 Reigning LPGA player-of-the-year Aryia Jutanugarn is winless so far in 2019, but just one back. (Streeter Lecka/PGA of America)

As calm as Green appears, there’s no denying that finishing on Sunday as the champion will be a difficult task. Just one off Green’s lead is Jutanugarn, already is a two-time major winner and a 10-time LPGA champion, but she is still seeking her first LPGA title in 2019. The 22-year-old Thai native’s best finish so far is T-3 at the LOTTE Championship.

Green spoke about the intimidation factor of playing with Jutanugarn, one of the longest players on the LPGA Tour. Jutanugarn averaged 291 yards off the tee on Saturday, hitting only 3-wood as she didn’t carry a driver for the round. 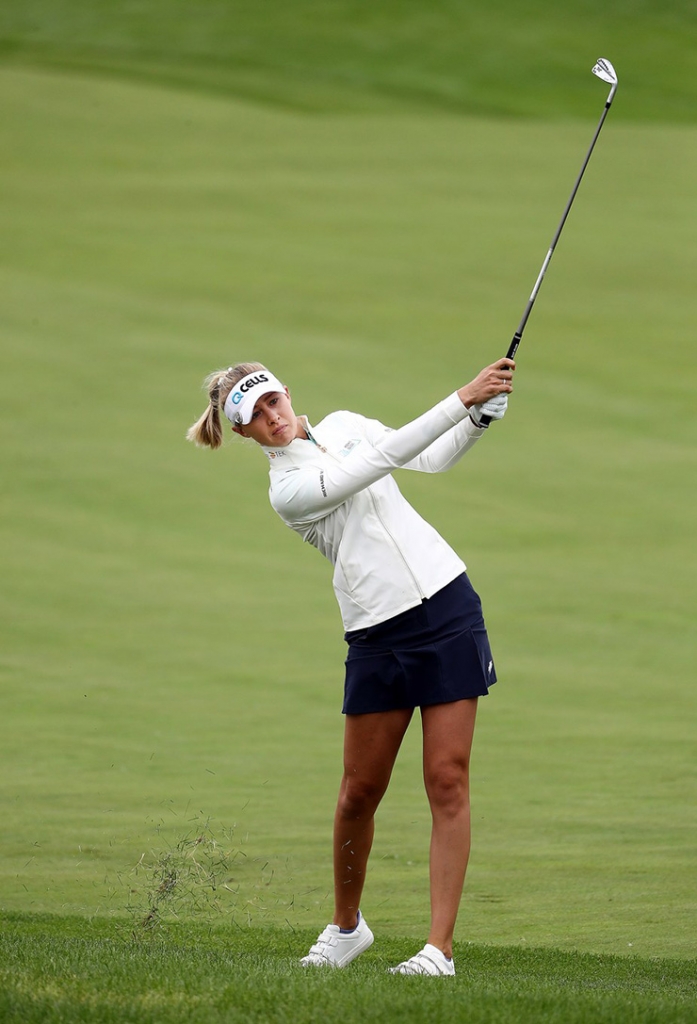 Nelly Korda is starting to come into her own in 2019. (Jamie Squire)

Four shots behind Green are Salas and Korda. Salas, 29, has won once on the LPGA Tour, the 2014 Kingsmill Championship. Korda, 20, has won twice on tour, including the 2019 ISPS Handa Women’s Australian Open. Both Americans are T-5 in fairways hit this week, hitting 79 per cent of the fairways in their first three rounds.

Behind them, there are seven players within six shots of the lead, three already having won major championships (Sung Hyun Park, Danielle Kang and Inbee Park). As calm and cool Green is, she knows that she’s on the precipice of something big, but that there are plenty of people around her trying to achieve the same thing.

“I’ve said all week I’ve been getting lucky but I guess winners do get lucky,” Green said. “You need to take it while you can and I know, yes, I have thought about the outcome tomorrow come the 18th hole. I think I just need to keep my cool and just have fun out there and embrace it. If it does come to me winning I want to make sure I remember and have fun. I don’t want to be miserable and sick during the round.”