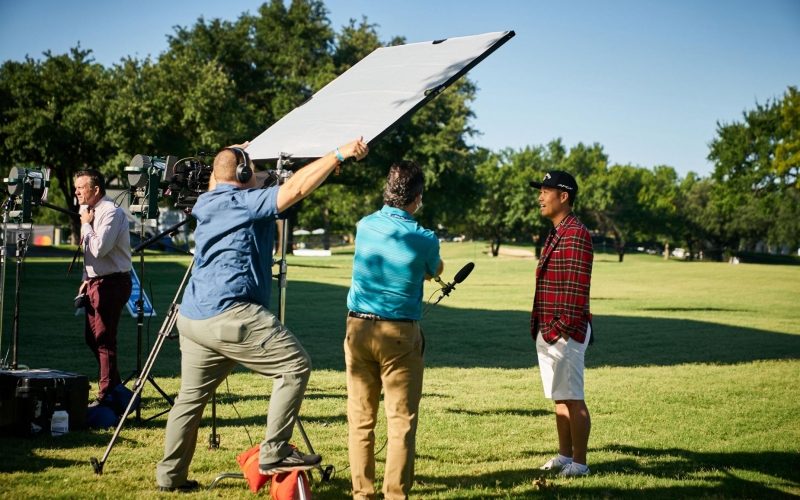 By John Feinstein
When the PGA Tour officially teed it up again 10 days ago at Colonial Country Club in Fort Worth, the world was a different place—to put it mildly—than it had before COVID-19 became a part of our lexicon. There were no fans on the grounds and a limited number of tour officials. Even TV personnel was limited. Player, caddies and PGA Tour staff had to deal with testing for the novel coronavirus, and most of those not playing or caddying were expected to wear masks.

There was one other group given access to the tournament: members of the print media. It wasn’t a full contingent, and the access normally granted to reporters was severely cut back—no locker room, range or putting-green access. No direct contact with the players, and those working in the media center were spread out to allow for social distancing. In all, there were about 35 reporters on site.

The reporters were allowed to walk around the golf course, and although there was no inside-the-ropes access, it really didn’t matter because there were no spectators to block their views. Interviews were done remotely, but reporters were able to ask players questions.

It was far from ideal, and one can only hope that when the tour and local officials allow fans at the Memorial Tournament next month, media access will return to something approaching normal. The current restrictions are understandable and reasonable. The tour, which often can be about as transparent as a brick wall, was clearly trying to allow those who cover golf as news the best opportunity to do their jobs.

There will be no fans at that tournament. There will be no qualifying matches leading to the 128-player main draw. And the USTA announced there will be no print media onsite—although I’m told there are negotiations ongoing to allow a small cadre of media from “elite” publications some access.

The USTA’s instinct—not surprisingly—was to ban everyone except its TV partners.

I know a lot of people couldn’t care less if the print media is given the chance to do their job—regardless of the sport. When I tweeted on Wednesday about the USTA banning the print media, I got quite a few responses along the lines of: “Hey, it’s on TV; that’s all we need,” and “Quit whining. No one cares if you’re there or not. Watch on TV like everyone else.” 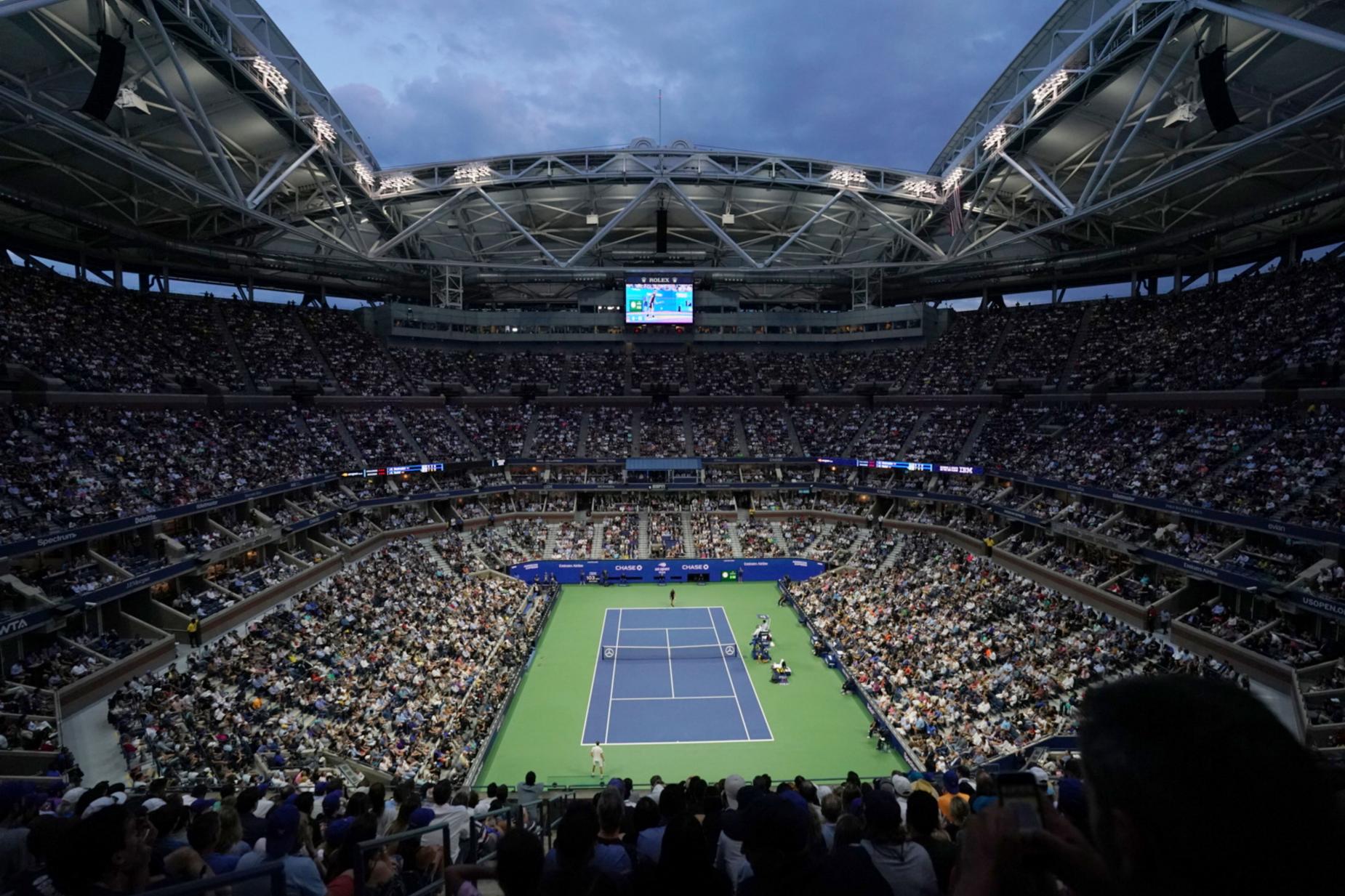 Carlos M. Saavedra
Tennis fans will not be allowed to attend this year’s U.S. Open when it’s played in September, but neither will print media.

First of all, I wasn’t going. I haven’t covered tennis on a regular basis for years—largely because I got tired of fighting for access to the players. I wrote a book about tennis in 1991 (Hard Courts) and was exhausted by the time it was finished—not from the travel, but from the constant battles for access. I was lucky because I’d covered the sport regularly for six years and knew not just the players and agents but tournament directors. That meant I was able to get into player hotels and meet with players there rather than at tournament sites, where the media had no locker-room access, no player-lounge access and were often told not to ask any questions that strayed from forehands and backhands. (To be fair, a lot of that had to do with British tabloids reporters who would ask anything given the chance.)

Still, most players thought an interview lasting more than 15 minutes was an outrageous request. I vividly remember the reaction of Henri Leconte, a voluble Frenchmen, when I told him—in response to a question—that I’d love to spend 20 minutes interviewing him.

“What?!” he screamed. “Twenty minutes? Are you crazy?”

Leconte was one of the nicer guys in the sport.

When I started covering golf regularly in 1993, I entered a world where the media had locker-room access everywhere: access to the range, to the putting green and inside the ropes to walk golf courses with the players. My first lengthy interview for A Good Walk Spoiled was with Davis Love III. Two hours in, I said to him, “How are you set on time?”

He shrugged and said, “You said you were writing a book, so I just blocked off the afternoon.”

I had died and gone to heaven.

That’s why I wasn’t the least bit surprised when the USTA said the print media would have zero access to the Open. Arthur Ashe Stadium seats 20,000 people. With no fans allowed, how difficult would it be to social distance? The National Tennis Center isn’t as wide open as a golf course, but it is huge. I’ve spent plenty of time with spectators allowed on the grounds, watching matches on outside courts with almost no one around.

Would there be some challenges for the USTA? Sure. Player interviews would almost certainly have to be done remotely, but that shouldn’t be too difficult. There’s already no locker-room access for the media, so nothing would have to change there. It would take some planning and, more than that, it would take a desire to do it.

Tennis is a virtually dead sport in the United States. About the only time anyone pays attention to it is during the U.S. Open and Wimbledon. The Australian Open takes place in the middle of the night here, and only the real tennis geeks have the patience to watch five-hour clay-court matches at the French Open.

It doesn’t help that no American man has won a major championship since Andy Roddick won the Open in 2003 and there’s no sign that streak’s going to end anytime soon. The women have Serena Williams, who is arguably the greatest female player of all time, but no American who is a real star beyond her.

But it’s more than that. Because the print media in tennis has virtually no access to players, few fans feel like they know the players—whether they be the superstars or the rank-in-file. Golf fans believe they know the players because most are willing to sit down and talk to print reporters at length. 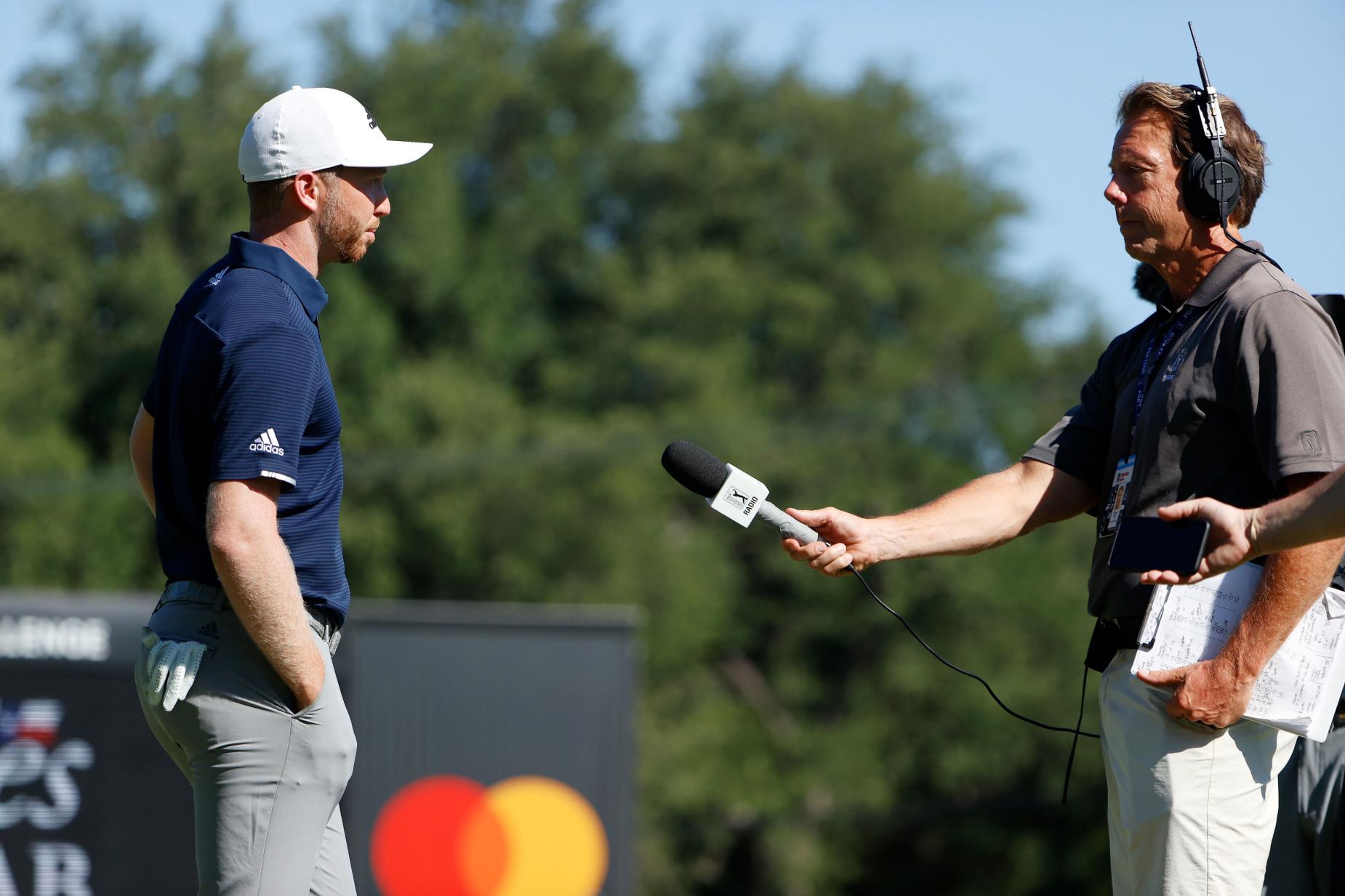 Tom Pennington
Daniel Berger is interviewed—from a distance—after defeating Collin Morikawa in a playoff to win the Charles Schwab Challenge in the PGA Tour’s return to golf after a three-month layoff due to the coronavirus.

We live in a world now where athletes and their agents frequently control the message. More and more, with the number of newspaper and magazine jobs shrinking, real journalists are taking jobs writing for websites controlled by leagues: MLB.com, NFLNetwork.com, NHL.com and NBA.com all have a number of excellent former newspaper reporters working for them. So does PGATour.com, LPGA.com and, for that matter, NCAA.com. No matter how talented the writers might be, the message they are allowed to transmit is controlled by the powers-that-be.

More and more athletes are communicating through their website and through outlets like the Derek Jeter-created Players Tribune, which allows athletes to tell their stories without any independent follow-up questions.

There’s no going back to the old days when Dan Jenkins and Bob Drum had lunch with Arnold Palmer between rounds on the final day of the 1960 U.S. Open (when he told them he intended to drive the first green), or even to 1993, when I lined up players to talk for A Good Walk Spoiled by walking into locker rooms and introducing myself.

But golf remains a sport where those in charge still seem to understand that the media matters, that stories that go beyond press notes and give you a sense of who someone is or delve into an ongoing issue are important.

Tennis has never really gotten this notion. I first covered the sport in 1980 and was stunned after the U.S. Open final when I was the only reporter who tried to talk to John McEnroe after his five-set win over Bjorn Borg. Security had gone home, so I walked into the locker room with McEnroe and spent 20 minutes alone with him. He talked emotionally about how much it hurt to hear the crowd pulling for Borg in a stadium that was 15 minutes from where he grew up.

The only reason reporters deserve access to any sporting event is so we can report to the public. That’s our job. The pandemic has, of course, made that job harder. But golf is allowing us to give it our best shot. Tennis isn’t, because no one really cares.

Which explains a lot about why golf has shot past tennis in popularity in the past 40 years. It isn’t just Tiger Woods. A Good Walk Spoiled came out a year before Woods turned pro. It was a No. 1 New York Times bestseller. I’m not taking a bow here, I’m saying golf access—as opposed to tennis non-access—made that possible.

All these years later, nothing has changed.