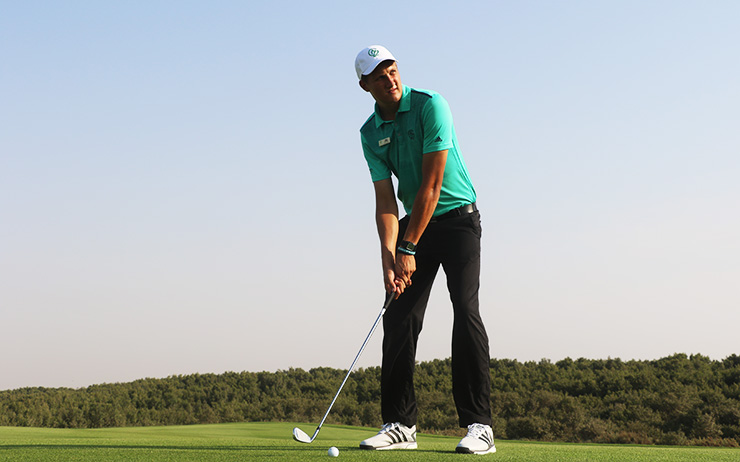 Stefan Wears-Taylor will take a two stroke lead, sizzling form and home course advantage into the final round of the UAE PGA Championship at Al Zorah on Tuesday while Steven Munro’s last-gasp tilt at the order-of-merit (OOM) title is off to a sound start.

Wears-Taylor looped the Troon Golf-managed, Nicklaus Design in Ajman in two-under 70 Monday, two strokes clear of Arabian Ranches’ Malcolm Young on a day when only two of the 23 starters could match or better par. Al Ain Equestrian, Shooting & Golf Club’s Shane Peacock was solo third on 73.

It left Munro, who won the UAE PGA Matchplay title at Trump Dubai last week, in pole-position to capture the association’s season-long OOM race with leader Cennydd Mills (Dubai Creek Golf & Yacht Club) holidaying back in the UK and powerless in the final say.

Munro needs to finish fourth or better to overhaul Mills while JGE’s big-hitting Gavin Sutherland, who opened with a 75 for a share of sixth place, can overhaul Munro for second place on the OOM but only with victory and a dramatic reverse from Munro.

“I should have scored better but struggled to hole any putts of any significance today,” said Munro who mixed birdies on 4 and 6 with bogeys on the 2nd, 9th,14th and 15th.

“I had lots of pars but I had a couple of disappointing late bogeys on 14 and 15 and then missed three really good opportunities on last three holes for birdies.

“Realistically I need to shoot no worse than par tomorrow to have a strong chance of winning the OOM. The course is fantastic and a good score is possible for sure.”

Munro predicts he’ll need at least a 68 Tuesday for a shot at repeat titles: “My aim is to still to retain the PGA Champs trophy tomorrow obviously”. But while he still has designs on a perfect finish to the OOM race, Wears-Taylor will take some beating if his recent form is any indication.

The tall 20-year-old South African, a pro shop assistant and trainee PGA Professional at Al Zorah, won his third event of the UAE PGA season at Trump Dubai late last month in a playoff over Sutherland and clearly knows how to navigate Al Zorah. It promises a fitting finale to the OOM race where a players top-10 placings count towards the points championship. 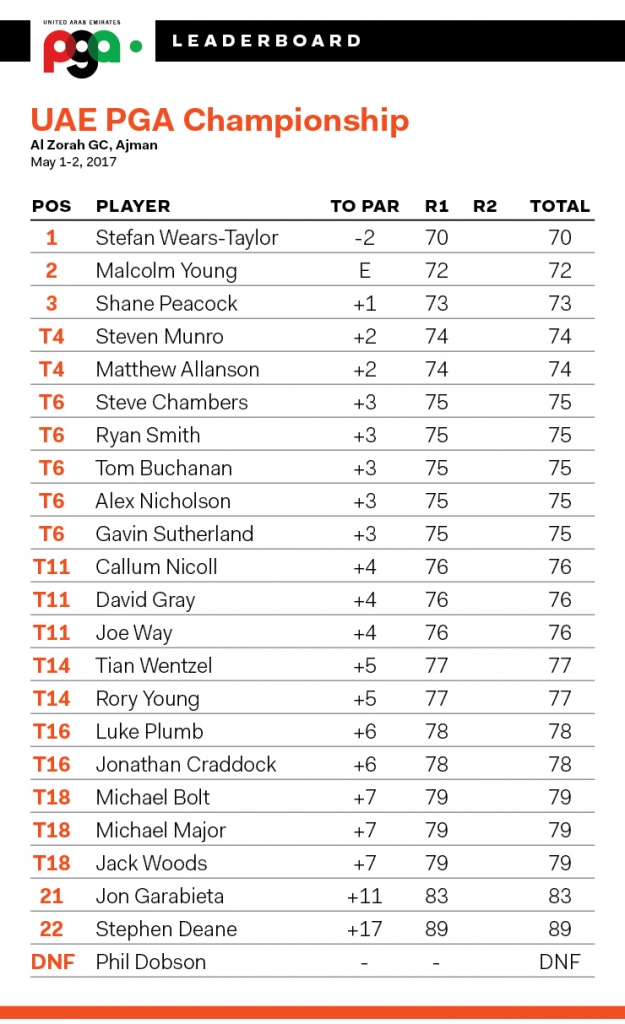