Golf can be Cruel 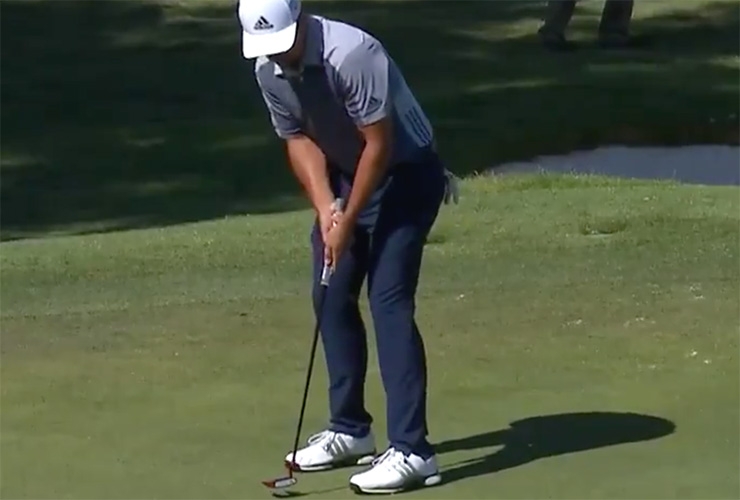 By Ryan Herrington
Xander Schauffele had the look of a winner all day Sunday at Colonial Country Club. He was playing steady golf and making a good number of lengthy putts as he anchored himself near the top of the leader board at the Charles Schwab Challenge. And the short putts, well, the four-time PGA Tour champ was money on those. According to 15th Club stat guru Justin Ray, Schauffele was 51-for-51 on the week from putts inside five feet after 70 holes of play.

And that’s why what happened on the par-4 17th hole, the 71st hole of the PGA Tour’s return to golf, deserves a viewer’s discretion label. Schauffele had less than three feet for par to remain at 15 under, tied for the lead with Daniel Berger and Collin Morikawa. Put the 4 on the board and get the man to the 18th tee.

Co-leader Xander Schauffele’s ball lips out on the 17th hole.

He makes bogey to fall 1 back with 1 to play.

Schauffele had waited three months to play again and that’s the break he gets coming down the stretch at Colonial.

Suffice to say, Schauffele couldn’t make a 24-foot birdie on the 18th and had to settle for a T-3 finish on the week.

OK, so as if our eyes weren’t permanently blinded from seeing that, along comes Morikawa. The XX-year-old has been a pro less than a year, but already has a PGA Tour win and still hasn’t missed a cut in a pro event. Now he finds himself in a playoff with Berger for the chance to grab victory No. 2. The two of them head out to No. 17 for the first sudden-death playoff hole. Morikawa hits a bad tee shot, chops out his second to short of a greenside bunker then hits his third to three feet. While Berger is already in the hole for par, Morikawa just needs to clean this up and they’re off to the 18th tee.

What a way for the tournament to end.

Collin Morikawa’s putt lips out to give @DanielBerger59 the victory. 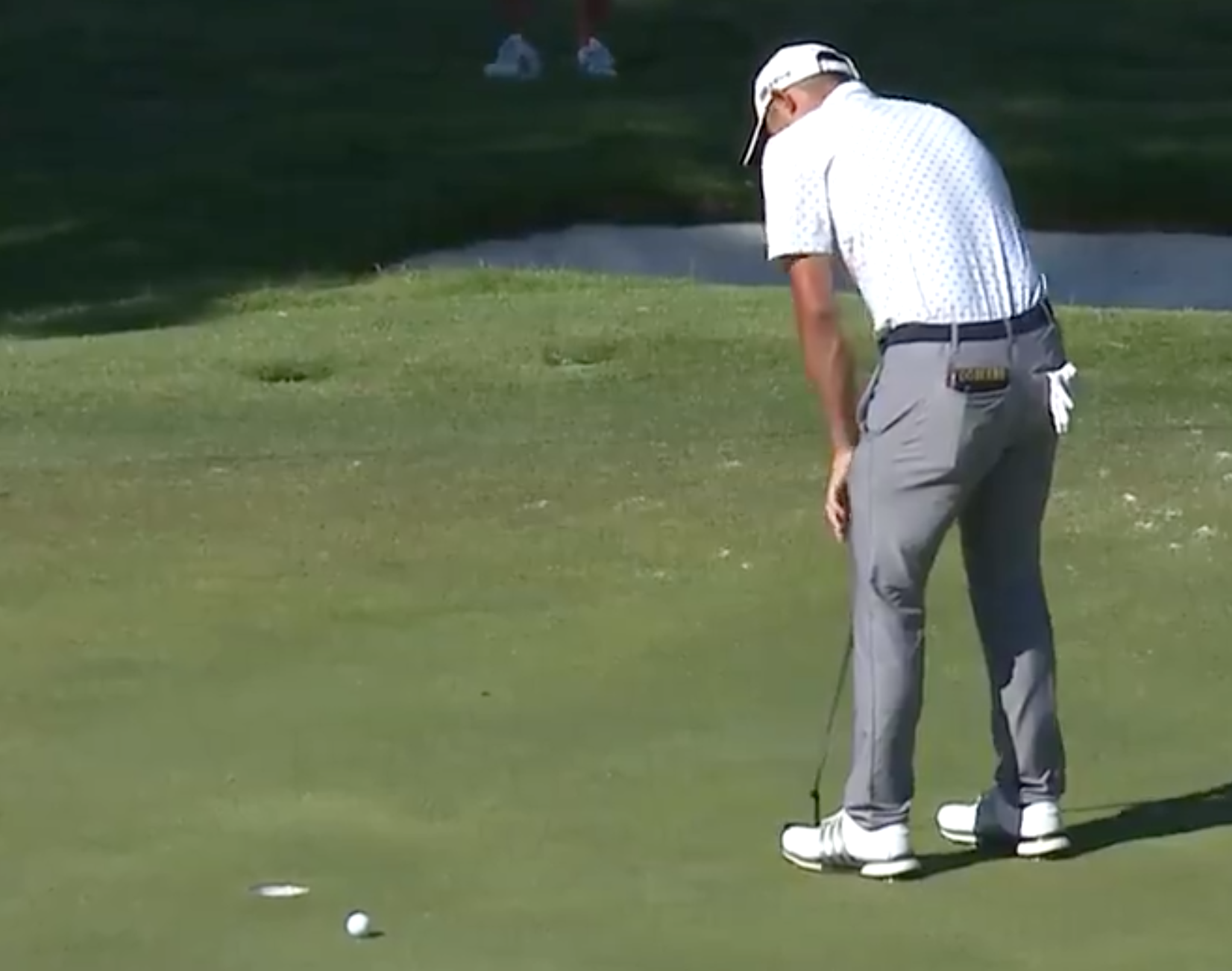