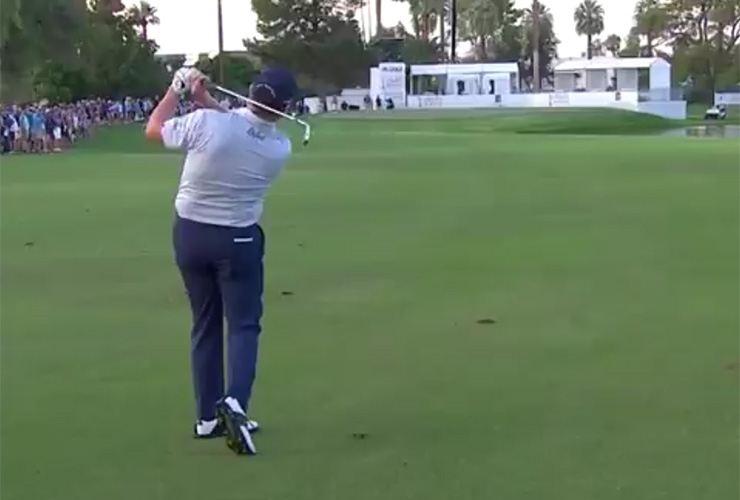 By Ryan Herrington
They were racing daylight late Sunday afternoon at Phoenix Country Club. Jeff Maggert and Retief Goosen were in a playoff that would decide the winner of the Charles Schwab Cup Championship, the PGA Tour Champions season finale, along with the season-long Charles Schwab Cup points title.

Goosen had just hit his approach from a fairway bunker to four feet on the par-4 17th, the third playoff hole. If the 50-year-old World Golf Hall of Famer won the playoff, he would take both prizes. Maggert faced an approach shot in the fairway from 123 yards. All that was on the line for him was the tournament title. And if Maggert beat Goosen to win it, it meant Scott McCarron—watching intently back in the clubhouse—would win the points race and collect the $1 million reward for the winner.

Knowing he needed to hit one tight to keep up with Goosen, Maggert set dead aim on the flag. And, well, this happened:

A playoff hole-out for the win. ?

Jeff Maggert drains his approach for eagle on the third extra hole to win the Charles Schwab Cup Championship.pic.twitter.com/vvIkInzpeW

Two bounces and then the dunk. It clinched Maggert’s sixth career PGA Tour Champions win but his first since 2015. And it allowed McCarron, who had finished a disappointing 27th in the tournament, to claim the year-long title after leading in the standings for the majority of 2019.

Suffice to say, McCarron is likely to send Maggert a little holiday present in the very near future.