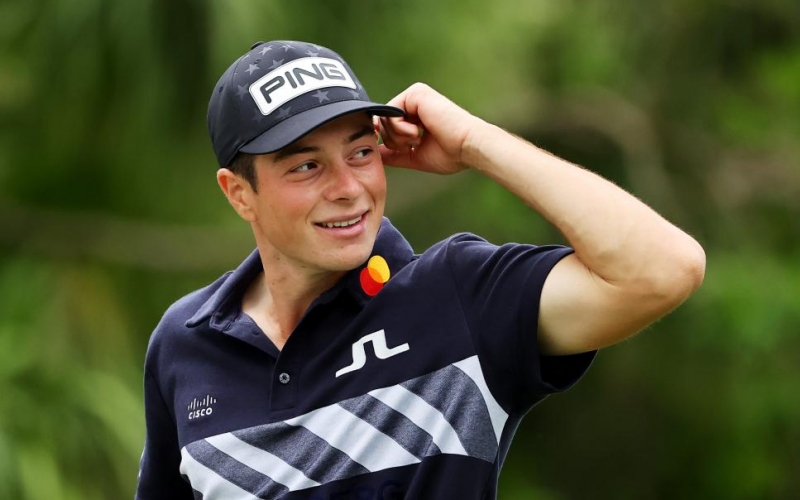 By Alex Myers
It’s rare in sports when something or someone lives up to the hype, but the PGA Tour’s trio of Collin Morikawa, Matthew Wolff, and Viktor Hovland—the vaunted so-called “Class of 2019″—has actually exceeded its lofty expectations so far.

Hovland’s Mayakoba Golf Classic win on Sunday was already the sixth PGA Tour win among the three. It also moved him into elite company with his two class companions.

Just 15 months into their respective pro careers, all three are now ranked in the top 15 of the Official World Golf Ranking. Hovland, fresh off win No. 2, checks in at No. 15, one spot below Wolff. While Morikawa currently sits at No. 7.

Not too shabby for three guys who were all still playing college golf last May.

Morikawa, of course, is the first major winner of the three having captured the PGA Championship in August. But Wolff, the youngest of the trio at 21, finished in the top five in his first two majors. And his former Oklahoma State teammate Hovland made history of his own in 2019 with a PGA Tour record streak of 19 consecutive rounds shooting in the 60s.

Who will wind up being the best of the bunch? That remains to be seen. In the meantime, they’ve already all proved to be worthy of all that attention.