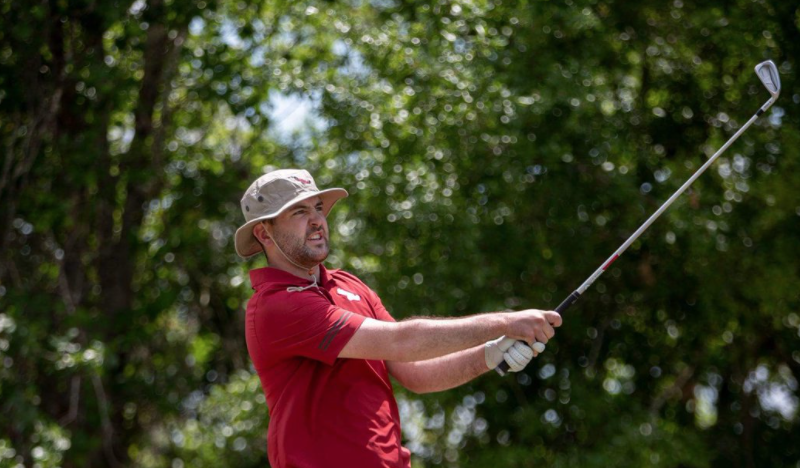 By Ryan Herrington
The USGA and R&A remain on track with their plan for modernising the Rules of Amateur Status come Jan. 1, 2022. But in the wake of new laws that went into effect last week in several states allowing college student-athletes to immediately profit on their name, image and likeness (NIL), and the NCAA temporarily lifting its NIL restrictions, golf’s governing bodies announced on Tuesday that they, too, will temporarily waive most NIL-related breaches specifically for college golfers.

Officials with the USGA issued a three-page memo explaining the limited scope of what will be allowed between now and the end of the year in hopes of providing clarity as it applies to college golfers. Craig Winter, USGA Senior Director, Rules of Golf and Amateur Status, described it as a “band aid” ahead of the more global changes the governing bodies are making—which currently include getting rid of NIL prohibitions for all golfers—as they overhaul the entire Rules of Amateur Status.

“We’ve been here for a few years, wanting to get rid of name, image and likeness rules,” Winter said. “We proposed that in February to the world, and it was very well received. We’re just not to 2022 yet.”

According to the memo, the new waiver on NIL restrictions will be allowed for college golfers who meet the following three criteria:

• The NIL-related actions are allowed under the NCAA’s interim policy.

• He or she remains on a team roster while the NIL-related activities take place.

Winter is encouraging college golfers to first check with the compliance departments at their schools before entering into any agreements that have NIL implications to make sure that they are in alignment with state laws and/or individual school policies.

The memo also notes that any college golfer who plans to benefit from NIL should be prepared to provide proof of their NCAA eligibility prior to competing in an amateur golf competition so the tournament organizer can confirm their amateur eligibility. Golfers are also encouraged to become familiar with any policies put into effect by the competition organizer that apply to logos, promotions and advertisements.

The need to provide the clarification arose as college golfers began exploring their NIL rights granted by states and the NCAA. For college golfers to take advantage of their new freedom without running afoul with the current Rules of Golf in amateur tournaments, the USGA and R&A needed to amend its rules.

“Ultimately, this is [impacting] 20,000 among millions that play amateur golf competitions, and we just felt like this was the best of the situation to get us to 2022,” Winter said.

Just days after the NCAA announcement, a handful of college golfers had begun exploring NIL opportunities with various business entities. Several reached out to Barstool Sports, which announced via social media that it was ready to work with college athletes in all sports.

“I saw Portnoy tweeted out something with their first athlete and I knew after that tweet it was going to blow up,” Claycomb, a rising junior who played in nine tournaments for the Crimson Tide during the 2020-21 season, told Golfweek. “So I followed it pretty closely over the next few hours. Then they posted a Google Doc, just kind of a sign-up sheet. I did that pretty early … I think it was two minutes after they posted it.”

Over the course of the last several days, other college golfers have become aligned with Barstool Athletes. What these arrangements mean or the financial benefits that might come to the student-athletes is unclear at this time.

The proposals spelt out by the USGA and R&A in February allow amateurs even more flexibility than just the ability to profit on their NIL. They include elimination of all sponsorship-related restrictions; elimination of the distinction between cash and other forms of prizes; and a reduction of the waiting period for amateur reinstatement. Winter would not elaborate what proposes might ultimately be formally adopted by the governing bodies but said that the final rules will be released in the fall to allow for education and understanding of what the modernized amateur code will look like starting in 2022.