U.S. Open 2019: Jordan Spieth isn’t about to let his latest on-course bafflement get to him 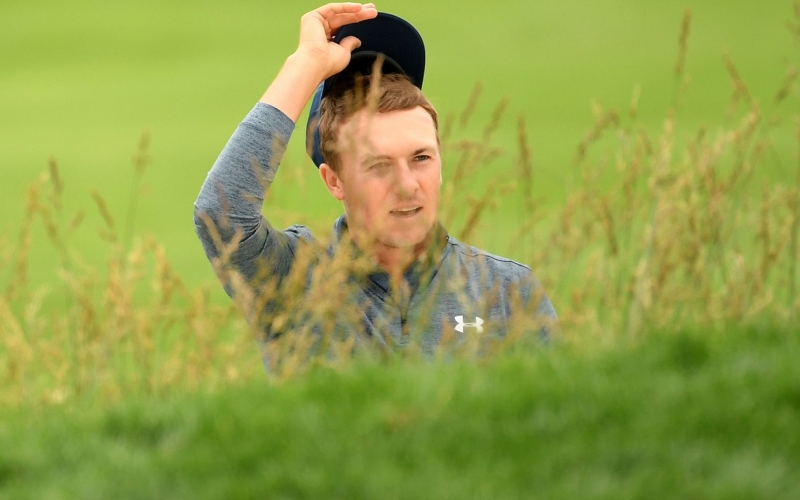 By Dave Kindred
PEBBLE BEACH — We’ve all been there. Hit it, wonder where that went. Which is why Jordan Spieth stood dead-still in the fairway bunker at the second hole. He had 212 yards to the hole. For hackers, this is trouble. For a three-time major champion, a 6-iron clears the bunker’s front lip. Most times.

Spieth took a slash at it and expected to see the shot describe a majestic arc on its way to landing on the green, inside 20 feet if you please. Instead, he saw nothing. There was a stand of untamed grass left to grow atop the bunker’s lip. Into that tangle the ball disappeared.

Contemplating this turn of events, Spieth did a set of exercises expressing his puzzlement, bafflement and also what-in-hell’ment. Slouching, slump-shouldered, he first lifted his cap off his head, as much for something to do as for any good reason. Then he rubbed the back of his neck and, taking off the cap again, ran a hand through his hair, as if by thought he might turn time back to a time before the ball disappeared.

We’ve all been there. We all know prayer doesn’t work.

Oddly enough, after Spieth, by a pro’s magic, had created a bogey at that second hole, he could say that by averting a disaster he had saved momentum for the weekend. Though he made five bogeys today, he came in with a two-under-par 69 that left him one under for the tournament. It will be no better than six strokes off the 36-hole lead, but, in his mind, still leaves him in the hunt.

“Today was a kind of a ‘could have been’ round,” he said. “Obviously, don’t want to paint as many bogeys on the scorecard as I have the first two days, and that’s eight bogeys. To be under par at the U.S. Open with eight bogeys in two days means things are in a good place. Just got to limit those mistakes, and they really come from iron play, iron and wedge. Just got to fine tune.”

Wait. A bogey at the second? You and I, if we think it out of a bunker into Titleist-eating grass, we’re headed for a walking-stick number or maybe a snowman, a despicable 8 as done by Ian Poulter today, his fourth shot a stub in tall grass, his fifth moving the thing a foot, the sixth, seventh, and eighth acts of brain-dead instinct.

Spieth’s story on the bogey: “The ball was above my feet and also in little downslope … so in the first place it was a really, really tough shot. But I had a clean lie. Thought I could clear the lip. And when I hit it, all heard was like the rake …”

The rake? Turns out a bunker rake had been left in the tall grass at the lip.

“And I guess it slammed into the rake and came back and kind of buried down into the tall grass. So, if it didn’t hit the rake, I don’t know if it had enough to go anywhere near the green or if it would have been way short or what. But certainly, it would have been in a better position than it went to.”

He took blame for not moving the rake, or even seeing it from down in the bunker. It was, he said, “a weird set of events. … You don’t really see that every day. … Tough break after it hit the rake … that happens. It’s the U.S. Open … It was really, actually, a great bogey that helped keep the momentum going.”

After chopping a shot from the tall grass into the fairway, Spieth had 162 yards to the hole. His 9-iron fell to earth 7 feet, 8 inches from the cup. He made that putt—and had done the kind of stroke-saving prestidigitation—a precise iron shot followed by a precise putt—that helped him win the Masters and U.S. Open in 2015 and the Open Championship in 2017. 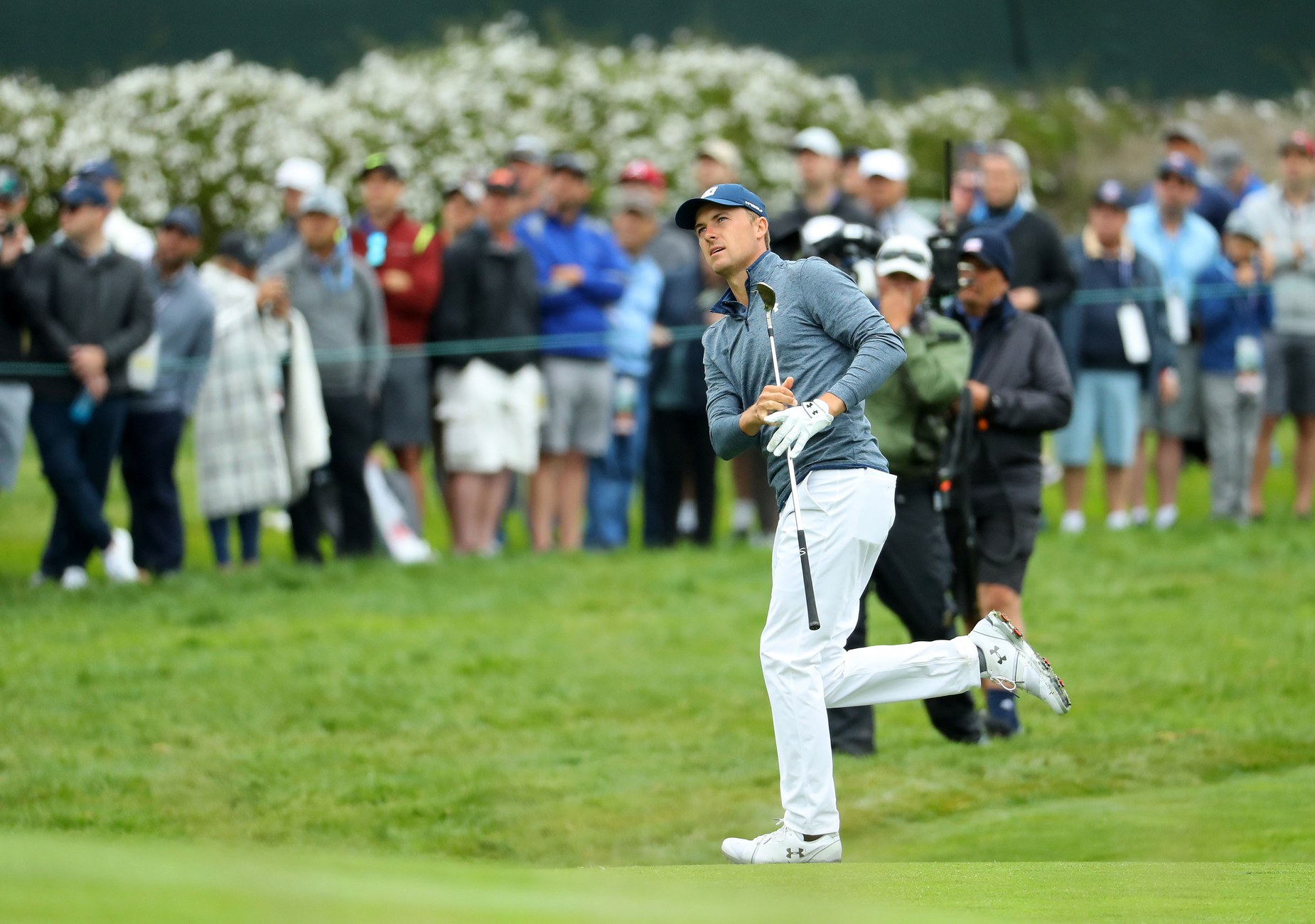 He hasn’t done much of that this year. In his first 13 tournaments, his best finish was T-21 in the Masters. But coming into this Open, Spieth has recorded three straight top-10s: T-3 at the PGA Championship, T-8 at the Charles Schwab Challenge and T-7 at the Memorial. Those paydays, adding up to $1,066,075, more than doubled his season’s earnings.

If those numbers suggest Spieth, at the advanced age of 25, may soon be the Spieth we knew at 22 and 23, it’s important to know he agrees.

“I’m rolling the ball really well on the greens,” he said. “I still haven’t made anything in the mid- to long range, and I’ve burned a lot of edges from that distance. My speed control is fantastic this week. And I feel really solid inside of 10 feet. … So it’s not far off. It’s just a little click here or there…”

For the round today, Spieth used 24 putts. Through nine holes, when he was within four shots of the lead, he had needed only 10 putts.

“So the putter will go in,” he said. “I just need to find the greens.”

Without a detour through a bunker and a rake.