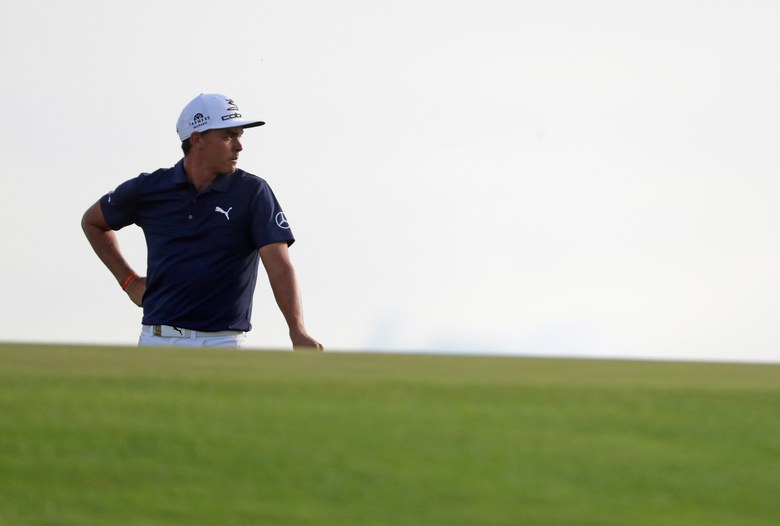 It looked a lot more like Rickie Fowler was playing in a U.S. Open on Friday at Erin Hills. After an impressive opening seven-under 65, the first-round leader proved mortal, scraping his way around the brawny course en route to a far more pedestrian one-over 73.

So what was the difference between Day 1 and Day 2? For starters, Fowler finally made a bogey, just missing the fairway off the tee on the par-4 11th, putting his approach over the green in a tricky lie and failing to get up and down.

Making matters worse, however, Fowler compounded the mistake with three-putt bogeys on the next two holes, suddenly falling from out of the lead for the first time in two days.

If not for good up-and-down par saves on the 16th and 17th holes, more damage could have been done. Still, Fowler wrapped up the day just one off the lead of the foursome of Paul Casey, Brian Harman, Tommy Fleetwood and Brooks Koepka. That position on the leader board—the best he’s been in after 36 holes in nine U.S. Open starts—had him sounding more positive after the round than his score would suggest.

“It will be just fine,” said Fowler, who’ll play with Jamie Lovemark in the third from last group on Saturday. “We’re in a good spot. Looking forward to the next two days.”

That’s not necessarily optimism run amok; Fowler hit just one few fairways (11) and three fewer greens in regulation (12). The bigger issue was he took 31 putts compared to 27 on Thursday, the one area of his game he did call out after the round.

Ultimately, nobody was expecting Fowler to repeat the heroics of Thursday. Considering his so-so play in majors a year ago, the 28-year-old has put himself in good position to become latest golfer without a major to grab his first come Sunday.