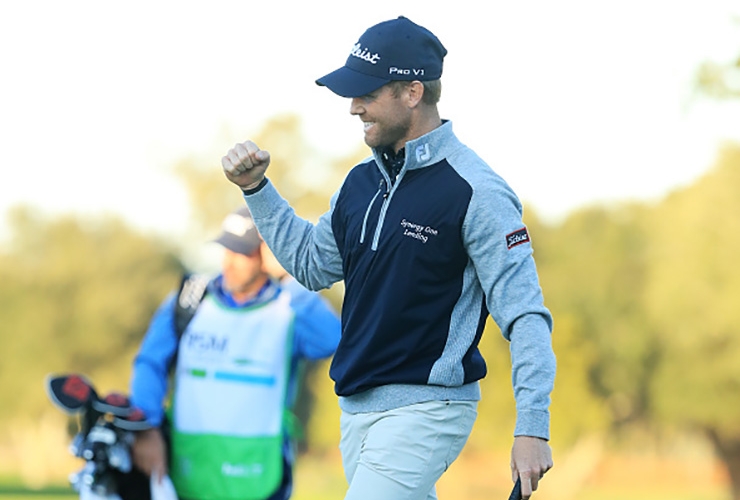 By Christopher Powers
Even after going out in one-under 34, Tyler Duncan didn’t figure to be much of a factor coming down the stretch on Sunday at the RSM Classic. He would have needed something special on the back nine to catch Brendon Todd and Webb Simpson, which didn’t seem likely given the difficult conditions on Sea Island.

Instead, Duncan wound up playing nine of the best holes of his life. The 30-year-old Indiana native—who earned back his PGA Tour card in the Korn Ferry Tour Final Series in September—shot a four-under 31 that included birdies on the 17th and 18th holes, the latter of which came from 24 feet. That got him into a playoff with Simpson, who made a clutch five-foot par save on the final hole to tie Duncan at 19 under.

After they each made par on the first playoff hole, Duncan finished Simpson off with a birdie, giving him his first career PGA Tour win in his 68th start. Prior to this week, he had finished inside the top 10 only once in his last 48 tournaments. The $1.188 million first-place check nearly doubles Duncan’s career earnings on tour prior to the win.

Simpson’s sixth career win will have to wait, but he continues to come close. He’s now had three runner ups in his last seven starts.

Todd, who was going for his third straight victory on Sunday, finished with a two-over 72, dropping him to solo fourth.