Tributes paid to ‘prince of a guy’ Barry Lane 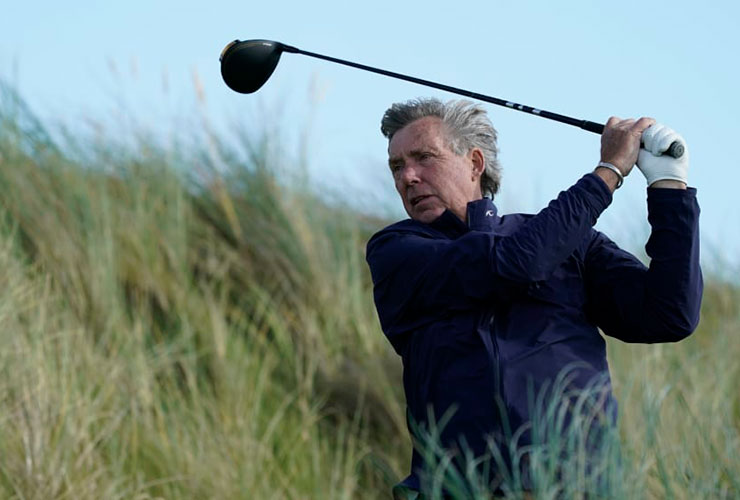 The world of golf has paid tribute after Barry Lane, a former Ryder Cup player and multiple winner on the European Tour passed away at the aged 62.

Lane was one of the tour’s most renowned and respected professionals and made 693 starts on Tour, fourth on the all-time appearance list, and was an eight-time Legends Tour winner.

Reacting to the announcement of Lane’s death on New Year’s Day, four-time European Ryder Cup Captain Tony Jacklin described the Englishman as “a prince of a guy”.

Barry Lane was a Prince of a guy.He will be missed.R.I.P.

Lane’s first Tour victory came in the 1988 Scottish Open at Gleneagles and was followed by further triumphs at the 1992 German Masters, 1993 European Masters, 1994 Turespaña Open de Baleares and 2004 British Masters.

He was one of four rookies in Bernard Gallacher’s side at the Ryder Cup in 1993 at The Belfry.

Very very sad news at the passing of Barry Lane, a colleague and a good friend. My thoughts are with Camilla and his family.

Lane was in Mauritius in December for the 2022 Legends Tour season-ending MCB Tour Championship, where he presented the renamed Barry Lane Rookie of the Year Trophy to Brazil’s Adilson Da Silva.

2014 European Ryder Cup Captain Paul McGinley wrote on Twitter: “Sweetest guy to the very end and coming all the way to Mauritius a few weeks ago, despite very ill health, to say goodbye to all his Tour family says a lot to his bravery & to the close kinship & friendships we all form on Tour.”

What an absolute true champion & nicest guys in every way!! Opened up to me always & became close friends! Going to miss ya Baz ..gone too soon! Rest easy my friend 🕊 https://t.co/QKs5AAHsrf

John Daly, who won The Open at St Andrew’s in 1995, described Lane as an “absolute true champion”.