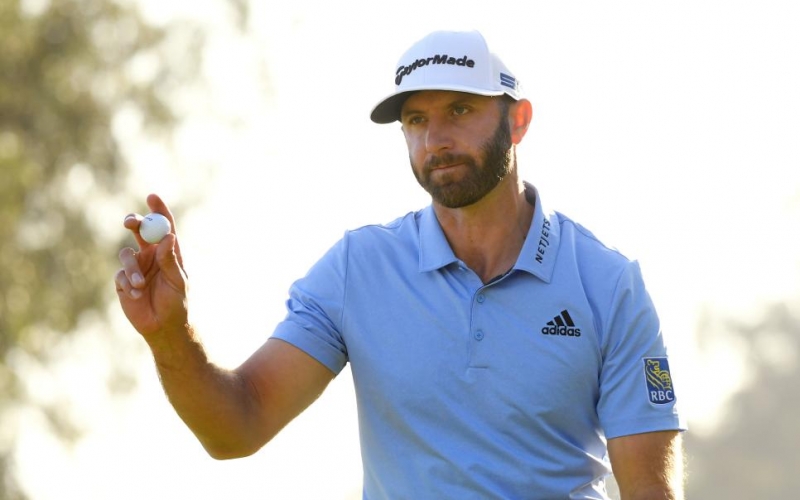 By Christopher Powers
The way he’s playing right now, Dustin Johnson could make just about any course on the planet his personal playground. Doesn’t matter if it’s in America, Saudi Arabia or on the moon.

That said, there is an undeniable love affair between DJ and this week’s Genesis Invitational host site – Riviera Country Club. Since 2014, Riviera has been to Johnson what a dome has been to Drew Brees. Dome Home, sweet dome home.

Again, Johnson is currently playing at a level where he could win anywhere, but he’ll be feeling extra comfortable this week in L.A. As stats guru Justin Ray pointed out Monday, the World No. 1 is almost second to none at Riv since 2014. Check out these eye-popping numbers:

.@DJohnsonPGA ranks at Riviera CC since 2014 (among players with 12+ rounds)

OK, so he’s statistically second to none, and that’s in a pool of 106 players, as Ray later pointed out. However, in the win column, he is second to Bubba Watson, who has won three times at Riviera since 2014. Johnson claimed only one win during that span, though it was of the dominant, five-stroke variety. That week, a slumping, injured Watson withdrew on Saturday.

Johnson is the heavy betting favourite this week. Given his current form, that number isn’t all that surprising. But the field strength is as good as it gets this week, with the likes of Jon Rahm, Justin Thomas, Rory McIlroy, Bryson DeChambeau, and Brooks Koepka all teeing it up.

Rory McIlroy has long been one of golf’s most-respected players and often a voice of reason within the sport. Now his input could have even greater impact.