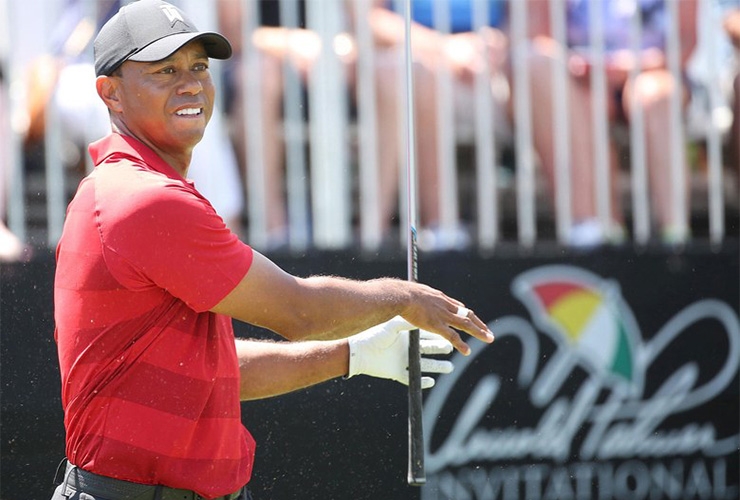 Tiger Woods tees off during the final round of the 2018 Arnold Palmer Invitational. (Orlando Sentinel)

By Daniel Rapaport
Tiger Woods will miss the Arnold Palmer Invitational for the second straight year in order to rest his body and continue training, sources told Golf Digest.

“The idea is to peak around Augusta time,” Woods said about not playing in Mexico. “I just felt I wasn’t going to be ready for next week, a little rundown.”

Woods was scheduled to play in last year’s API before he withdrew before the tournament with a neck strain. He’s played in the tournament only once since that victory in 2013, finishing T-5 in 2018.

The rest of Woods’ pre-Masters schedule remains something of a mystery. It’s hard to imagine he would skip the Players Championship if healthy, and the WGC-Dell Technologies Match Play seems likely to be his final start before Augusta. Woods played five events last year in the lead-up to his 15th major victory; he has played only two so far this year, at Riviera and Torrey Pines, where he finished T-9.

Woods has not played PGA Tour events in back-to-back weeks since last August, when he pulled out of the Northern Trust after one round then finished T-37 at the BMW Championship.

“My prep has been just like it usually is,” Woods said on a conference call with reporters this week. “It’s what I need to do to get ready for the Masters.”

Woods, ranked 10th in the Official World Golf Ranking, will have to wait for his next opportunity to win a record 83rd PGA Tour title. He tied Sam Snead at 82 with a three-shot victory at the Zozo Championship in Japan last October.